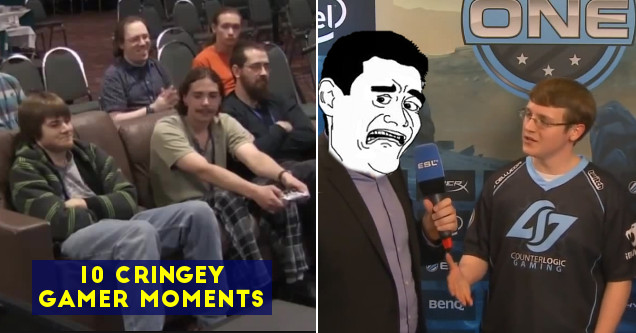 When it comes to cringe, nobody does it better than gamers. We are experts at failing handshakes, being weird during interviews, and generally making social situations as uncomfortable as possible. Okay, maybe not all of us, but it sure seems like that sometimes.

Below you'll find a compilation of the best short-length gamer cringe moments. See if you can watch them without pausing. Consider this a challenge.

1. Call of Duty Athletes Try Impressing Everyone At GameStop

They still haven't realized that nobody cares.

You just know he still has nightmares about this four years later.

While he might have one of the quickest reaction times in StarCraft, apparently this was just too much to handle for Idra.

4. Enraged Gamer Sounds Like A Dragon, Mom Comes Running In

When a bad idea goes way too far. These guys decided to introduce themselves at the beginning of the tournament using poses from the game, but it looked so forced it left everyone in cringius maximus.

"Should I put it here? Maybe there. Oh man this is some hard stuff."

7. Pro Gamer Has His Handshake Denied On TV

For a guy with incredible sniper precision, his timing was sure off with this handshake reach.

8. The Most Uncomfortable Livestream You'll Ever See

This one's a bit long at around seven minutes, but it's worth the watch.

9. World of Warcraft Comes To Life In The Classroom

This kid decided to pretend World of Warcraft is real. Everyone in the classroom decided to cringe and never talk to him again.

This one hurts so much to watch.

Were you able to watch all these videos without pausing to let your cringe levels die down? Let us know in the comments below. 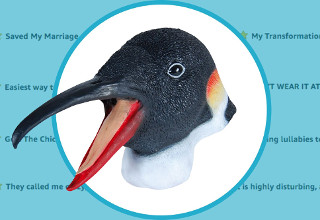 NEXT ARTICLE 14 Funny Amazon Reviews That Are Now Legendary