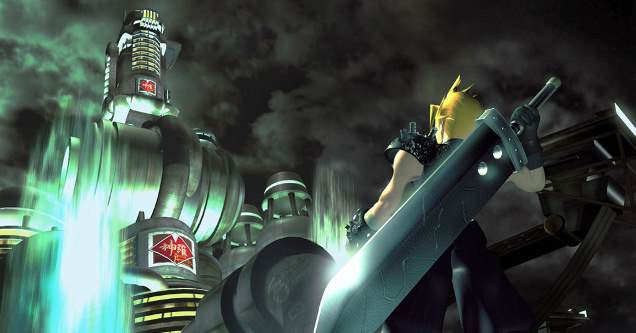 Final Fantasy VII was a game that forever changed the video game industry. It was one of the first games to ever sell over 10 million copies, was a major part of Sony's success with its first PlayStation, and devoured dozens of hours from kids who grew up in the 90's.

I played and beat Final Fantasy VII when I was just 11 years old. Before this, I only played games casually. After this, I was a gamer for life.

I consider Final Fantasy VII one of my top 3 favorite games of all-time, and the fact that it's getting a proper remake blows my mind. In anticipation, in this feature I'm going to go over 10 of the game's best moments which I can't wait to see in HD.

10. Cloud Steps Off the Train

This is where it all began. When Cloud stepped off the train with Barrett and the high tempo music began blazing, you knew you were playing something special.

Sony actually teased a next-gen version of this back in 2006 when demonstrating the PS3, but that was just a tech demo looking to get everyone worked up. 11 years later, we now know that it's getting a proper remaster, and that's an amazing thing.

This place was the Disneyland of video games in 1997. I must have spent over 20 hours in Gold Saucer racing Chocobos, sparring with enemies, and gambling all my savings away. Who needs Las Vegas when you have Gold Saucer?

Gold Saucer has since been remade in Final Fantasy XIV, but it isn't quite the same. I can't wait to go back here and spend all my virtual money.

8. Summoning Knights of the Round

Known as the most powerful usable spell in the game, Knights of the Round was an epic way to dispose of enemies. Yeah, it might have taken more than two minutes to finish the animation, but who doesn't want to watch King Arthur's Knights obliterate your foes in outer space? Serves them right.

Knights of the Round was actually incredibly hard to unlock, and really only available much later into the game. And even then, you needed to spend hours leveling it up for it to achieve its full potential. But hey, great things don't come easy.

Cloud will do anything in his power to save someone, even if it means dressing up as a woman to sneak into Don Corneo's place. Yeah, that's what he did.

This was an incredibly weird scene for me to witness back in 1997, probably because I was a young kid who only knew about two genders. Watching Mr. Cloud become Ms. Cloud will be quite the sight in HD.

I don't know what I like more, cruising around the world map at mach 200, or listening to the Highwind theme song.

The moment you gain access to this airship, which somehow travels faster than any of NASA's space rockets, the first inclination is to sign up for the U.S. Air Force. However, I was an 11 year old kid, so my best option was to just fly around like a madman exploring the virtual world of Final Fantasy VII.

5. Escaping Shinra on a Bike

After battling Sephiroth and waves of Shinra guards, I remember hopping on a motorcycle to make my escape from the Shinra HQ. It was an epic moment rich with strong CGI and well-designed gameplay mechanics. If only Triumph would design a motorcycle as cool as this one.

This moment served as an outstanding segway from the intensity of the Midgard finale to the world map. Well done, Square.

Look, Imma let you finish, but Sephiroth was the best video game antagonist of all-time.

Sephiroth really made me mad when he burned down the place I called home. People died, there was millions of gil in economic damage, and the only option was to pursue this son of a gun and end him.

3. Venturing Off Into the World Map

Upon escaping Midgard, Cloud and the squad find themselves on the world map. It was at this moment that the game demonstrated why it was no average JRPG, it was one with an entire world to explore. I actually remember this moment hitting me really hard, to a point where I remember it more vividly than any other moment in the game.

World maps have since become a thing of the past, to a point where Final Fantasy hasn't had a proper world map since the year 2000. I actually have a feeling this won't even be in the game, but let's hope it is.

Is there a better boss  battle of all-time? The music, the visuals, and the demented angel centaur bird devil who is on the verge of destroying the world all made this a powerful moment in gaming.

Getting hit by Supernova was just about the only time in history where I kinda liked being killed by a boss in a video game, but I'll be darned if I let Sephiroth fly away with his stupid wing. Knights of the Round, baby.

1. The Death of Aeris

Aeris' death is the most emotional moment in video game history. She was a beautiful and charming character that was killed off early, well before the days of Game of Thrones where we're acclimated to characters we admire being killed like it's nothing.

Arriving at the end of the first disc, this moment introduced millions of kids to the concept of revenge. R.I.P Aeris. 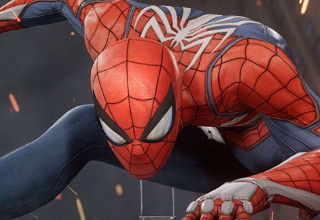