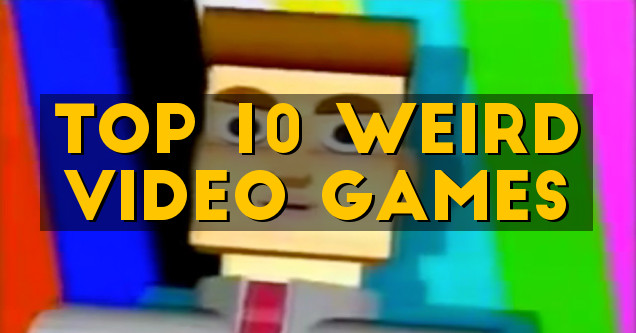 Every so often a weird game comes around that makes us wonder what we're doing with our lives, and question mankind. The types of games that were born of the nightmares, and appear on the back of our eyelids when we try to sleep.

Also Read: 28 Weird Images That Are The Epitome of WTF

Below are 10 of the weirdest games ever made.

Also See: This Is Why Bad Graphics Are So Painful To Look At

Catherine comes across as a totally sane game for about an hour. But just when you get settled in and think you're going to make it through without seeing something that scars you for life, the game Zerg rushes you with the type of stuff that belongs in an insane asylum.

After being seduced by a succubus the main character finds himself living in a state of severe anxiety. Every night he vividly dreams of climbing seemingly endless stacks of blocks while being chased by a variety of frightening demons, one of which is a walking butthole with a tongue sticking out of it. I wish I was kidding. 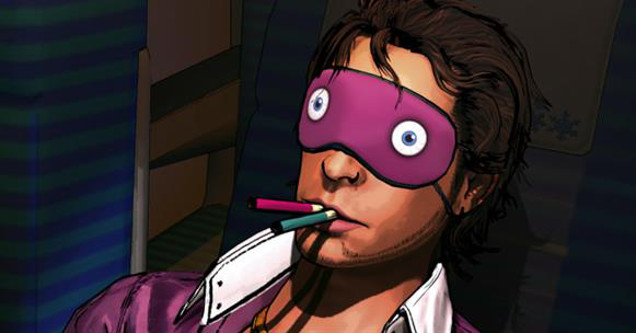 Funny: 28 Weird And WTF Pics You Can't Help But Enjoy

Hidetaka Suehiro (a.k.a SWERY) is well-known for creating strange works, and his Xbox One exclusive D4 was no exception to that.

The game begins shortly after the main character's wife has been murdered, which is never a good sign of things to come. His memories were shattered not long ago by a blow to the head, and so he begins his journey to recollect precious memories while surrounded by the most unpredictably strange cast of characters of any game on an Xbox console. Just about every character is psychopathic one way or another, including a woman who thinks she's a cat who follows you around nearly everywhere you go. Meows for days.

The game was intended to be playable only using the Kinect's motion controls, meaning that it wanted to immerse you in this loony tune of an experience. No thanks, I'll stick to Mario. 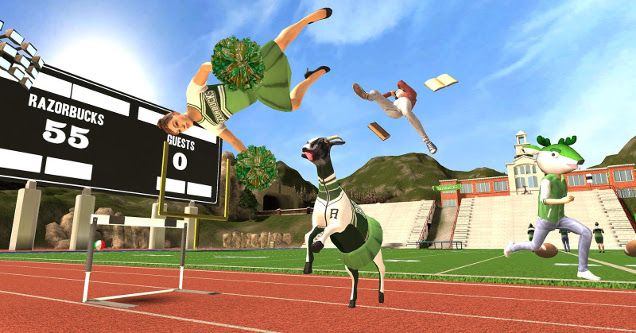 As if its release date wasn't any indication, this game is an example of an April Fool's joke that went too far.

Made by Coffee Stains Studio, in the game you control a goat that can lick things and bash them with your head, all with the luxury of a fully implemented physics model. If you've ever wondered what it'd be like to run around suburbia as a goat, this is the game for you.

It's actually well likened by gamers for being the type of game you and a friend can hop into and get some laughs. But even then, there's no ignoring that it makes you question the sanity of the team at Coffee Stains.

Related: Race Horse Wipeout Takes Out All Horses Except One

Japan World Cup 3 is all about sending a variety of random objects and animals coursing down a field. At first it's a frightening game to gaze at with its backward-running horses, Yetis, and sea creatures skipping along the grass. But after a little warming up it becomes an object of laughter, made better by its enthusiastic Japanese narration.

As you might have noticed from the name, there isn't just one Japan World Cup. Yup, there were two prior games that somehow sold enough copies to warrant a sequel. Wtf? 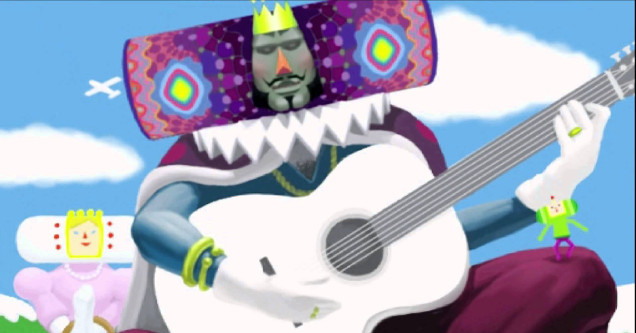 Fail: 5 Failed Pro Gamer Handshakes That Will Make You Cringe

While most of the games on this list are relatively unknown, Katamari Damacy stands out from the crowd for being a best-seller that has helped increase the number of people dependent upon psychiatric mediation in America.

In the game you play as a prince tasked with rebuilding the universe, from stars to moons, after it's been nearly destroyed by the King of All Cosmos. Not only do the characters and worlds look completely unnatural, but the gameplay involves you rolling around like a snowball. Interestingly, it was very well received and has spurred numerous sequels. 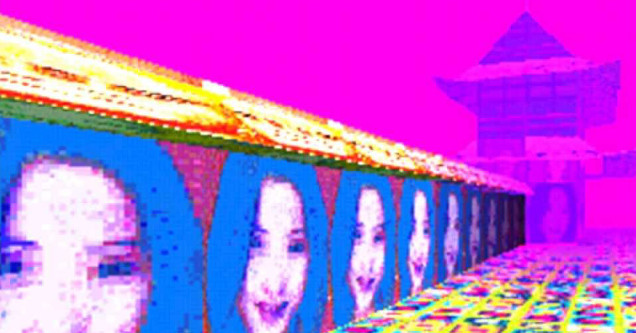 If you've ever wondered what it'd be like to trip on acid, this is your best—and safest—bet.

Navigating a dream world is the main thing you do here. If you bump into an object, you get transported to a new environment. If you fall off a cliff or play for around 10 minutes, you end up waking up from the dream and the game ends.

As you play longer and bump into objects, the world morphs and changes. Strange "people" appear before you, and the textures transform from wood, brick, and stone to having bright colors and faces on them. Clearly the creators had experimented with drugs before making this abomination. 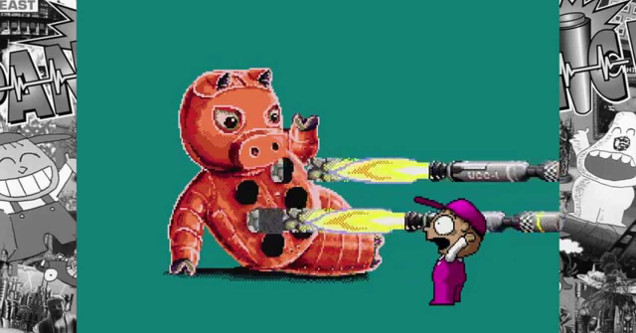 From a gameplay perspective, Panic! is quite ordinary; you and your dog navigate through worlds looking for buttons to press that will help you fix your infected computer. However, the imagery of the game and its unpredictability were a huge surprise at the time.

The buttons you press don't always do what you want them to. Sometimes the room will change in dramatic ways, other times you'll be teleported to another room, or, if you're lucky, one of its many strange scenes will unfold accompanied by sound effects that were probably made in the basement of a serial killer.

Panic! was moderately popular during the early 90's for being unlike anything at the time. Sometimes it pays to be insane.

Fish are already scary looking. Whoever thought to put an asian guy's head on one was a sicko. Made worse, in Seaman you're in charge of taking care of and raising this hopeless mishap. You pet it, feed it, and make sure it grows up to reproduce.

The game doesn't bother to instruct you on how to play. Instead, you have to stare at Seaman while figuring out how things works. Hey, at least if you don't check in on him every 24 hours to take care of him he'll die. Just pretend it was a mistake.

Apparently this was one of the best-selling games on the Dreamcast. No wonder the console died. 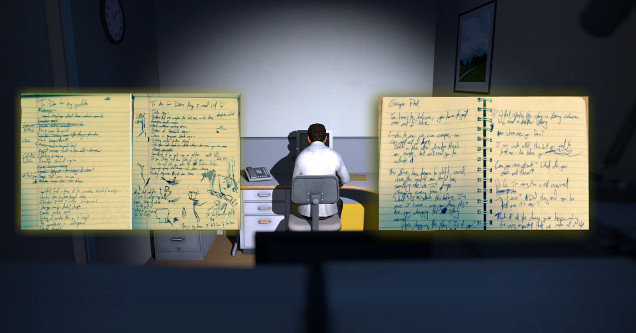 Few things are more strange than when a game breaks down the fourth wall and becomes self-aware. Frankly, no game has ever done that better than The Stanley Parable, a game with narration that describes things that you're thinking as you play it, and tries to tamper with your decision making as if it were your insecure conscious.

After playing the game through it's hard not to wonder why more games don't do this; it elicits a response that games rarely are capable of.

10. Tongue of the Fatman 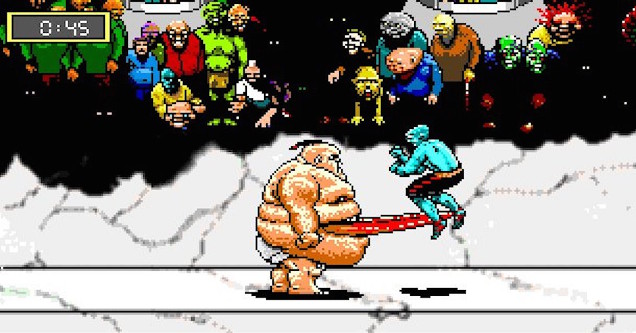 Also See: 10 Great Video Games Coming Out Soon That You Should Know About

Tongue of the Fatman was a fighting game that didn't mind pushing boundaries. Virtually every character in its roster was gross, from a c colossally overweight guy that had a tongue that would erupt from his stomach to attack players, to a character that looked like he was dripping with sewage.

Made worse, the game was god awful. Everyone who played it wished they were playing Shaq-Fu instead. 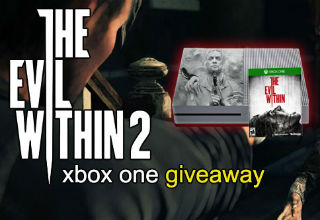 NEXT ARTICLE We're Giving Away An Official The Evil Within 2 Xbox One Console!