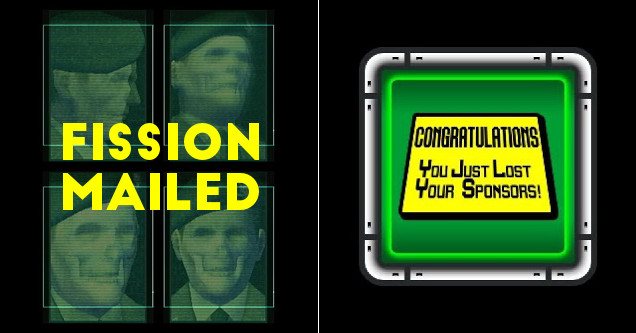 Nobody likes dying in games. Well, that is, unless the game over screen is something worth dying for.

In this feature we're going to look at some of gaming's best game over screens. These are the sort of screens that make losing not so bad. Some of them are funny, others are outrageous. Let's get started.

South Park: The Stick of Truth had enough craziness to fill this entire list, but in the interest of including as many games as possible we're just going to go with our favorite game over ending.

Toward the end of the game, when hanging out with Mr. Slave, you're given an insurmountably important task: shrink yourself to the size of an ant and enter his butthole to save the world. I don't know about you, but I personally had no interest in seeing what his colon looked like, but the moment I declined and left the room I learned that they weren't kidding: the world exploded and I got a big fat Game Over screen. RIP.

Metal Gear creator Hideo Kojima is well-known in the realm of gaming for his bizarre taste, and this was well demonstrated in Metal Gear Solid 2's final hour. Not only did you have to run around naked with your hands covering your private parts, but communications with people you thought you trusted devolved into insanity, including Colonel Campbell who appeared as a skeleton during codec conversations as you began to realize that reality wasn't as it seemed.

And if you died during this sequence, you'd be met with the words "Fission Mailed" and a host of other oddities. Needless to say, myself and lots of other kids who played the game during the 90's thought our game was broken.

Nier: Automata has some of the most clever endings in gaming, so if you're someone who enjoys RPGs and endings that think outside the box, then definitely check it out.

My personal favorite is ending L (out of 26, one for each letter in the alphabet). To trigger this ending, simply decide not to save the world and instead go fishing. The game will then run some dialog mentioning how you had a good time playing with your fishing pole, but now it's your fault the world was destroyed. Way to go, loser.

Also Read: This Game Has Such Bad Voice Acting It Used To Make Me Cry

House of the Dead 2 was one of my favorites as a kid, and not because it was a good game. It was absolute trash, but its voice acting and overall presentation was so laughable it left me in tears.

To give you an idea, just look at its game over screen above. It looks as if a college student whipped it up in about an hour using Windows Movie Maker. Mind you, this was for one of SEGA's biggest releases in the late 90's, one that would find its way into nearly every arcade in America. What a joke.

Running a theme park is not only challenging, it's stressful. To a point where, if you happen to fail your mission at building a successful destination for travelers in Theme Park, you'll witness the CEO of the company jumping off a tall building to kill himself.

Considering the game was rated E for everyone, this was a bit over the top.

Gon, the main character in the game of the same name, really didn't take kindly to you screwing up. If you did, the impossibly powerful dinosaur would get really frustrated, slice the planet in half, and then parade around like Trigglypuff.

The way it shakes around is funny but kind of frightening. Serves you right, and don't you dare fail again.

The original Ninja Gaiden on Arcade was quite violent for its time, especially in the case of its game over screen where you'd watch Ryu Hayabusa get cut in half by a circular saw if you didn't continue before the counter expired.

This was before Mortal Kombat, so you can bet parents everywhere weren't happy about it.

Rise of the Triad was a tough game, and if you weren't successful in defeating all of El Oscuro's larvae, then you'd be greeted by the game's infamous "Bad Ending". In this ending, the game tells you that everything you've done was a waste of time, and that you sucked at your job. It then shows the planet being blown to smithereens with countless Michael Bay-esque explosions.

In other words, don't play this game if you have low self-esteem.

Also Read: 12 Stupid Things We Don't Miss About Gaming In The 90's

If you were stupid enough to drive in the wrong direction in Daytona USA, not only were you definitely going to lose the race, but you'd be met with a big banner that says "Congratulations, You Just Lost Your Sponsors". That's just about the worst thing any Nascar driver ever wants to hear.

10. You're Winnar - Big Rigs: Over the Road Racing

Big Rigs was such a bad game that even its victory screen was a game over screen. Known as the worst video game ever made, its developers famously made the "You're Winnar!" screen with its nonsensical three-handled trophy which has remained a popular gaming meme for over a decade.

Did we miss any great game over screens? If so, let us know in the comments below and we'll add them. 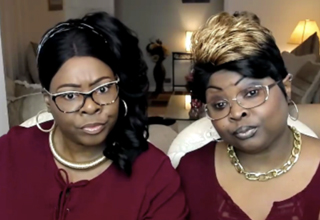