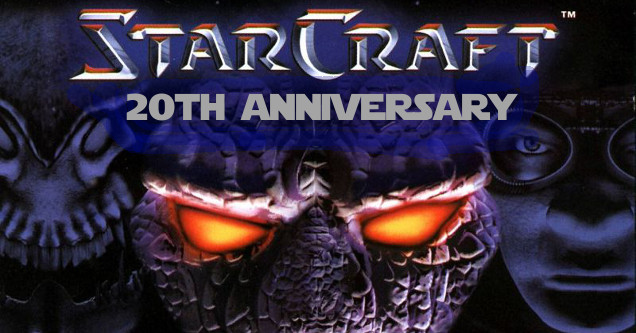 As of this month it's been a whopping 20 years since StarCraft released. While that fact makes me feel old, I have to give it credit where credit is due. Before StarCraft came out I had no idea what a multiplayer game was like. But once I hopped into Battle.net and started getting destroyed by players who actually knew what a build order was, I was hooked.

Today, real-time strategy games aren't quite as popular, but StarCraft II manages to get by. Even then, StarCraft is more known for its nostalgia than anything; it played a bit part in the birth of online gaming, after all.

In celebration of the occasion, we're going to go through some of the original game's most memorable unit quotes. These are the sounds you'd hear when interacting with your army, and they're sure to make you nostalgic if you played the game.

Trained Quote: "The merging is complete."

The Archon was a majestic beast. Floating around like a plume of Chinese manufacturing smog it released unrelenting power (SARS) upon everything in its path while talking about how overwhelmed it was with power. A muscle relaxant probably would have been a proper cure, but back then scientists thought it'd be a better idea to just send dozens of Zerglings its way. Spoiler: it didn't work.

Fact: The Battlecruiser is a capital ship measuring 560 meters in length, which is half the size of your Mom.

I can't say that I've listened to many Russians speak, but I can imitate the Russian Battlecruiser guy almost perfectly. Hopefully one day that will help me order food at a Russian restaurant. I'm counting on it.

Also Read: Amazing Screenshots Of What World Of Warcraft Looked Like Before Release

Trained Quote: "I have returned."

Nobody likes spiders, and even fewer people like the Dragoon. This unit capable of destroying land and air units alike was a favorite among newbs in early StarCraft. They'd usually build them in mass quantities and then send them out like some kind of horror movie was being filmed.

Fact: Robocop inspired many quotes for this interesting unit.

If you're the kind of person who enjoys speaking in phonetics, then the Goliath was likely a favorite of yours. Using things like "affirmative", and "copy that", this mechanical beast knew how to make sure walkie talkies were put to good use.

Trained Quote: "Live for the Swarm!"

Fact: These virus infected horrors were rarely used among players online due to their complexity.

You might notice by now that there aren't many Zerg on this list, probably because the Infested Terran is the only one that actually speaks language instead of just sounding like a hungry Loch Ness monster. Don't be fooled, though. This disgusting unit would like nothing more than to digest you.

Trained Quote: "You wanna piece of me, boy?"

Selected Quote: "Jacked up and good to go."

You could argue that the Marine is the most memorable unit of the bunch. Not only did it say lots of catchy phrases, but anyone who touched Terran likely heard its quotes hundreds of times due to how well the unit scaled from early to late-game. Even by the end of a 60 minute match you were probably still hearing a few talking about "rock and roll".

Fact: SCVs had powerful armor early in StarCraft lore, but later were produced without it due to its high costs, leaving them vulnerable.

The SCV sounded like it had no business stepping foot on a battlefield in StarCraft. This lonely bipedal vehicle housed a Computer Sciene major who just wanted to mine for some ore. They were commonly harassed by Zerglings and mean Zealots, and their innocence made such occasions a sad sight to see for spectators. They should have considered concealed carry.

Trained Quote: "Ready to roll out!"

Fact: You could fit two Siege Tanks into a single Dropship, and then drop them near an enemy's base before shocking the bejesus out of them.

The Siege Tank's enthusiasm brought light-heartedness to a battlefield where things weren't so pretty. They loved their coffee, and emphasized syllables for no known reason. Bearing a reputation for destroying those who didn't know how to counter them, they were responsible for the death of millions of noobs worldwide.

Fact: Zealot psi-blades are capable of cutting through all materials in the known universe, even chicken taco shells.

The Zealot was the core combat unit of the Protoss army, resulting in its quotes being long remembered. Dedicated to serving Aiur, it sounded like it had a frog in its throat, which was strangely charming. Maybe they liked gargling water? The world will never know, but you certainly don't want to end up on the bad side of one of these alien warriors.

Nothing got your heart rate rushing more than hearing the announcement of an imminent nuclear blast, whether you were the one being targeted or the one doing the delivery. Executed by a Terran covert operative called the Ghost, these were seldom seen in normal play due to the incredible technological investment required. But when one went off, both sides couldn't help but stare in awe only to find themselves blinded by the radiation a few weeks later. 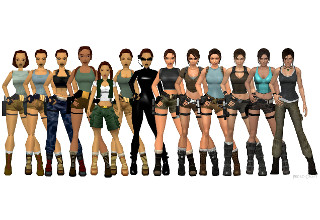