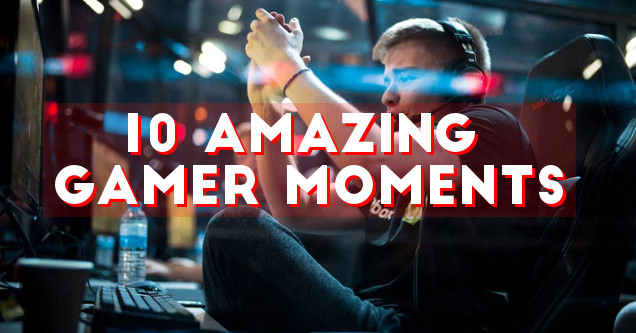 We've all had those moments where you do something amazing in a video game, but you aren't recording so all you have is a story to tell. Some of these moments have been caught on tape over the years, either at eSports tournaments or on Twitch. In this feature, we're going to look at 10 of them.

These are 10 of the most amazing things gamers have ever done.

Team Liquid had all but locked down its victory in the first $1 million tournament final in Counter-Strike history. And then, this happened.

Coldzera single-handedly thwarted a b-site rush with his AWP, thanks to some incredibly well-aimed—and lucky—jumping no-scopes at apartments. His team would go on to rally from behind, claiming a valuable tournament win, and Coldzera has since been ranked one of the top three best players in the game.

The play was so remarkable that within a week Valve added a graffiti to the map, de_mirage, to forever remember the moment.

In this admittedly lengthy video, player Bromosapien is seen parking his buggy in a bush. His character model placement was so perfect that he was effectively camouflaged as the containment zone zeroed in on his position.

Over the course of several minutes eight players would battle until only three were left. At the perfect moment, Bromosapien would exit the vehicle and unload on the unsuspecting opponents, claiming a rare winner winner chicken dinner.

Learn More: 7 Fun Video Games You Can Get Rich Playing

In this highly competitive match pro player Gorush is seen  is seen using the rare Defiler to plague his opponent, Nada. This particular unit and skill are rarely seen in pro play due to the incredible micromanagement needed to use it effectively.

Without experience in the StarCraft metagame it's difficult to gauge just how awesome of a play this is, but the amazing Korean commentary should lend you a hand.

I can hardly fly a jet in Battlefield 4, let alone properly dogfight another player in the sky. Yet, this guy managed to hop out of his jet flying faster than the speed of sound, shoot a perfectly aimed rocket at an opponent that was trailing him, and then hop right back into the driver's seat as if it was nothing.

These are those moments where you're glad you were recording.

While not exactly a single moment, this performance by Johnathan "Fatal1ty" Wendel perfectly demonstrates why he was the first king of eSports.

At the 2000 RAZER CPL Finals he didn't only win, he did so without ever facing any challenge. Literally every Quake 3 player who combatted him was annihilated by his perfect movement and accuracy.

In the video you can get an idea of why every other pro gamer hoping to take home the massive prize purse was left speechless.

Counter-Strike is hard enough to play with a mouse and keyboard, let alone peripherals.

In this video Anomaly plays the game using a bunch of different devices, including a steering wheel, and most impressively, a Guitar Hero controller. It was streamed live for Twitch to see as he killed opponent in the hardest hard mode of all-time.

The Chinese team on the left, Invictus Gaming, was outplaying the Ukrainian team on the left, Na'vi. When it came down to what would inevitably be the deciding battle of the game, Na'vi stood little chance as its economy and characters weren't as strong.

Then, magic happened. Na'vi players popped their skills and cooldowns at the perfect moments, perfectly reading the actions of their opponents. We're not talking within seconds, but milliseconds. The sort of accuracy that usually only robots are capable of. This allowed them to completely counter Invictus' play in one of the most incredible eSports feats in history.

Grand Theft Auto V stunts are always fun to watch, but this particular one is something special.

The player can be seen soaring through the sky at full speed on a motorcycle, perfectly landing on a dock warehouse precisely where he wanted, and then controlling his tires to skip right over obstacles that would have easily killed him.

It was downright amazing, and you can hear him trying to stay calm on his microphone. Well done, kid.

Related: Girl Defeats One Of The Toughest Bosses In Dark Souls 3 With Her Eyes Closed

Beating the Ornstein and Smough boss battle in Dark Souls is hard enough—it took me over three hours. Apparently this guy is so good at the game that he had to handicap himself to make it a fair fight.

Instead of using a controller like everyone else, he rigged a set of Donkey Kong bongos to serve as his input. Drumming away, he managed to perfectly dodge the crippling attacks of the two bosses while counter-attacking himself to a victory.

How was this even possible?

Quick audio warning: this video is one of the most amazing comebacks in gaming history. Naturally, the audience erupts in noise.

In this historical video, two of the best Street Fighter players are seen combating using their primary characters. Justin (playing as Chun-Li) pushes Daigo down to a sliver of health; just a single love tap would take him down securing the victory. And then, he popped his Ultra, which should have secured the victory no problem. Unfortunately, Daigo had practiced parrying all of its attacks perfectly, which included crouching, standing, and jumping blocks. He then countered with a Hurricane Kick, drawing the loudest applause in eSports history. 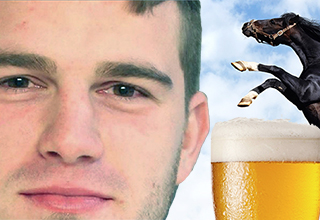 NEXT ARTICLE This Drunk Football Idiot Punched A Dang Horse