Last week Nintendo experienced its largest data leak to date, and over the weekend people began sharing some of the odd things they found in the hundreds (or probably thousands) of files and folders.

The leak (check it out here) seemed to only contain old information like never-before-seen characters, artwork, levels, and even entire games that Nintendo developers made but either didn't use or release.

Of all the nostalgia-inducing stuff being shared around, these are the 10 weirdest secrets uncovered from Nintendo's past.

The proof that Luigi was going to be a playable character in Super Mario 64 is the biggest get from this leak.

L IS REAL I REPEAT L IS REAL HE IS IN THE ORIGINAL SM64 SOURCE CODE pic.twitter.com/TIFFQ26adE

It also may confirm an old theory that programmers left a clue about Luigi on a statue in the castle that some thinks reads "L is real 24 01."

guys, luigi has been found in a recent sm64 leak...
its been 24 years and 1 month since sm64 released...
L is real 2401, holy fuck everything has been leading up to this. pic.twitter.com/U56wKpBJE4

People even found old files for Luigi's outfit that they then put on Mario to see how he would have looked in the game.

This one is just funny. It's the kind of prank you really wish had made it into Super Mario World (1990). 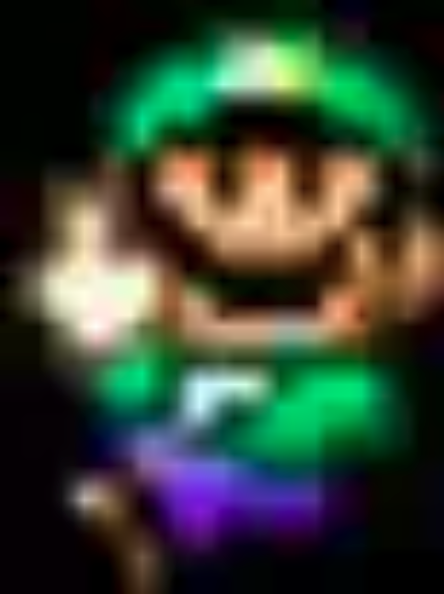 This is an actual unused character graphic asset of Luigi giving the player the middle finger that found within the source files for Super Mario World dated 1989. pic.twitter.com/IsnZ3qTEvz

Early designs of Yoshi from Yoshi's Island (1995) show him looking very different from what we know him to be.

He looks pretty messed up like this so thankfully long neck Yoshi was scrapped early on.

The evolution of Yoshi, as revealed in the recent Nintendo leaks. pic.twitter.com/udi3QPINww

There were tons of character sprite sheets in the leak, like this one that includes a version of Yoshi with a mustache and cane.

Was this going to be Yoshi's grandpa, or Yoshi putting on a disguise to steal Social Security money? We may never know...

Dude had more triangles than a pyramid scheme.

Dated from July 1994, this is possibly the first, or one of the first 3D model Nintendo ever made of Link, as an experiment on the Super FX chip. (colors were manually added). pic.twitter.com/0tV6DGaUjH

This demo was found tucked away in the files for Yoshi's Island. The character looks almost like Rayman but there's no actual information about him.

The only hint about this game is its file name: Super Donkey.

Whatever the hell that means.

This version of Donkey Kong looks like the manager from my first job.

These levels were probably built just for developers to test game controls.

Seeing them is like looking at someone's ex and feeling confident you at least never looked that bad back in the day.

This 25 minute compilation has every voice over recording used for the Star Fox 64, only they're uncompressed so you get to hear how the voice actors really sounded.

"Do a barrel roll" will never be the same. 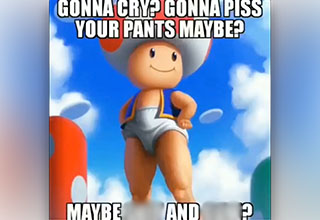 NEXT ARTICLE The 'Gonna Cry? Gonna Piss Your Pants Maybe?' Meme is Taking Off - Here are 13 Examples