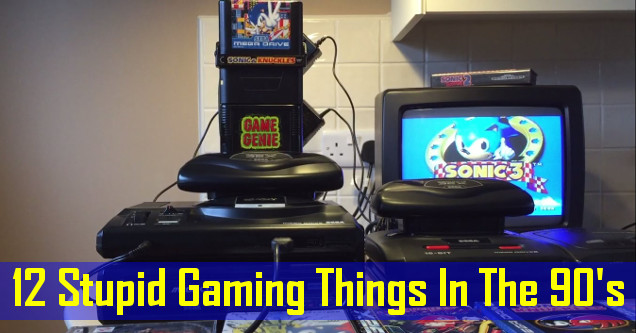 Usually when we talk about gaming in the old days we toss on our rose-colored glasses and make it sound like a golden era unlike the world has ever seen.

It wasn't perfect, though. There were plenty of nuances and bizarre problems that gamers had to deal with that simply don't exist anymore. Below are 12 of them.

If you spent any of your time playing PC games in the early 90's that weren't Wolfenstein or DOOM, then chances are you have some nightmarish moments laying dormant in your memories. Maybe the GIF above will help bring some of them back into recollection.

Until optical mice were made affordable, it was normal to deal with food crumbs stopping your mouse from functioning, as if having to lift your mouse high enough for the ball to clear your mousepad wasn't enough of a pain. Thank goodness for technological advancements.

Although a lot of electronic Baldman's World users like blowing things, having to constantly clean your cartridges with your mouth to keep them running was a real drag.

Nintendo got its crap together with the GameCube, saving us precious breaths going forward. But we'll never forget the breaths that were slayed on the battlefield. RIP in pepperoni.

Sure, we might have mid-generation hardware upgrades now, but it makes way more sense than the modular designs of a few consoles during the early days. The biggest offender was the SEGA Genesis with its 32X and CD, which had to be clipped together, and cost a fortune for what they offered.

It's no wonder SEGA no longer makes consoles.

Are you telling me it took decades for manufacturers to realize that making ergonomic controllers would be a good idea? I'm sure there's a logical reason as to why every controller up until the PlayStation felt like you were holding a torture device, but I refuse to accept it.

Years of wrapping a controller cord around itself was far more of a danger to our health than anything violent video games ever offered. The exposed electrical wiring was a reminder that you need to ask your parents to upgrade your controller.

Also Read: 12 Funny Home Alone Tweets That Are On Point

And, of course, they probably got you a cheap knockoff controller by MadKatz that was a Mortal Kombat fatality waiting to happen.

6. Dialing Into 56K To Check GameFAQs

Stuck in a game? Have fun dialing into your 56k modem. You better hope your Dad doesn't answer a phone call knocking you off the internet in the middle of your search efforts.

We're spoiled these days with our near-instant loading images and near 99% uptime.

7. Having To Worry About Crappy Consoles

These days you can buy any console knowing you're getting something that'll last a few years. It wasn't the same in the 90's when you had the Atari Jaguar, SEGA Saturn, 3DO Interactive Multiplayer, Pioneer LaserActive, Neo-Geo CD, and other pieces of garbage.

Were you suckered into buying one of these disasters? Let us know in the comments below so we can feel sorry for you.

Not only were CRT televisions so heavy that moving them was a potential back-breaking event, but most of them were smaller than 26". These days we complain about hardly being able to see what's on the screen, but back then if you didn't sit within punching distance of your TV, you weren't going to be able to see much.

Sure, it was cool to swap to new discs mid-game, such as in Final Fantasy VII, but it posed a serious problem. Gamers who weren't organized, and most definitely weren't, were likely to lose a disc from a set at some point, rendering their game nearly useless.

Those who didn't lose a disc certainly scratched one at some point, which was effectively led to the same tragic outcome.

Online gaming has effectively killed LAN nights with your friends, which is a good and bad thing. Sure, they were fun, but there was always a strange odor that permeated the air. It was probably toxic, too.

Early gaming hardware had a lot of interesting flaws, such as the backlight problems of the Nintendo Game Boy. Those who planned to play in anything other than perfect indoor lighting conditions had to buy a Handy Boy or other clunky accessories at some point.

These days you can play a Switch just about anywhere without issues. Spoiled.

Before the days of the memory card there was no non-volatile storage, so you had to rely on writing down checkpoint codes to pick up where you left off. Not every game bothered to include the feature, and those that did were usually so hard that skipping chapters still wasn't much of an advantage. 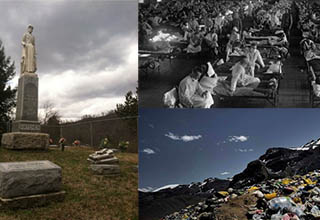