So you've managed to finish Elden Ring and are looking for your next great challenge. I get it. I've been there. Keep in mind that no game is exactly like Elden Ring, so the following titles will offer their own unique challenges and gameplay mechanics. However, if you're itching to pit yourself against an endless horde of foes, solve puzzles, and generally test the limits of your gaming skillset, then keep on reading!

Dark Souls 3 is a third-person action role-playing game developed by FromSoftware and published by Bandai Namco Entertainment. The game was released in Japan in March 2016, and worldwide a month later.

The Kingdom of Boletaria was led to civil war by King Allant XII with the use of the power of souls, which he used to rise from his deathbed and take over the land. To stop him you must reclaim your soul from him – but only if you have enough courage to face him! This means that your journey will bring you through Nordic mythology, Yggdrasil (the world tree that connects the nine realms), and even another dimension called ‘Frume’ where time does not exist.

Sekiro: Shadows Die Twice is one of the most challenging games you can play right now. It's a third-person action game with an emphasis on swordplay, stealth and platforming. It's extremely difficult, but it's also one of the most rewarding experiences in gaming today.

The story is told through some beautiful cutscenes that are only available if you complete certain tasks in the game (a la Dark Souls). The protagonist is known as “Wolf” who works as a bodyguard for someone called "Shadows Die Twice" - though we're not sure exactly what that means yet.

Nioh 2 is a hack and slash action-adventure video game developed by Team Ninja and published by Sony Interactive Entertainment.It is the sequel to Nioh, which was released in 2017.

This game is a good one, and you should play it. There are lots of reasons to play it. It's got monsters and stuff in it that might kill you! But don't worry if they do—you'll respawn right away and be back in the action in no time flat. And even if you run out of health points (or "hunting grounds"), there are plenty more to explore during your next playthrough thanks to Monster Hunter World's open world design: just keep on walking until you find another monster-filled area where all sorts of fun stuff happens!

Code Vein is a game about vampires. It has been adapted from the God Eater series, which also features vampires in it (or "devils" as they're called here).

Code Vein is about vampires fighting against demons, who are basically the same thing as zombies but more evil and redder. These demons were created by an unknown force that caused the apocalypse—the way you find out what happened to your world is by fighting other vamps. It's not exactly ground-breaking stuff, but it's fun nonetheless!

You can choose between several different types of bloodsuckers with their own powers and abilities that allow them—and you—to dig deeper into enemies' weaknesses and break them down until they're nothing but piles of dust on the floor...or maybe not even then because sometimes they just explode instead!

Darksiders Genesis is a hack and slash action game that takes place in an apocalyptic world. You play as War, one of the Four Horsemen of the Apocalypse. In Darksiders Genesis, you'll be fighting your way through this world, solving puzzles, and using a variety of weapons.

There are many similarities between Darksiders Genesis and other games in the series: it has lots of action, but also plenty of puzzles to solve; you get to use a variety of weapons; and you also have access to your horse, Ruin (though he's not nearly as cool as Fury). But there are some notable differences too—the most apparent being its comic-book aesthetic.

The Surge 2 is an action-RPG with a focus on melee combat, set in the post-apocalyptic world of The Surge. The sequel to The Surge, it was released to critical acclaim and praise after its release in May 2019.

The second installment in the franchise sees players take control of Warren as they explore a futuristic setting that's been ravaged by war.

If you're looking for a game that's challenging and has a lot of lore, then Titans Souls is the game for you. This action RPG has some great character customization options and a deep lore. Unlike most RPGs, this one doesn't focus on story but rather on combat and exploration. You'll get to choose from four classes when creating your character (Warrior, Hunter, Mage or Priestess) each with their own unique abilities and playstyles that will help shape how you approach each battle as well as how easy or hard it might be for players who aren't familiar with these types of games before trying out Titans Souls first time around!

The combat system in Titans Souls focuses more on movement than attacking enemies directly so if we could describe it all together we would use words like "unique" or "challenging." We recommend playing through several tutorials before starting up the main campaign because even though there are only three difficulty levels available right now (Easy Mode unlocks after beating Normal Mode), there are still plenty of challenges waiting ahead once you finish all twenty-five levels available today!

You've beaten Elden Ring, and now you're looking for a new challenge. If you enjoyed God Eater 3's combat system, then Sekiro: Shadows Die Twice is the obvious next step. The game has been called one of the most difficult games in years, but it's also very fair. You'll learn how to defeat your enemies through trial and error—and eventually gain an understanding of their patterns so that they don't seem quite so daunting anymore.

God Eater 3 offers players a huge world filled with monsters to kill, and Dark Souls 3 will give them plenty of that as well—but it also has an abundance of bosses for players who want some extra challenge. Each boss is unique in how it fights (and sometimes how it looks), making each fight memorable and forcing players to adapt their strategies depending on what abilities the boss brings into battle with them (or whether there are any special moves involved).

Nioh 2 takes place before the events of Nioh, so if you want a game that's ready to go as soon as Elden Ring is over, this is it. It's a samurai action game set in Japan and it's got all the good stuff: demons, demons and more demons. You play as William Adams, an English sailor who becomes stranded in Japan and fights his way through warring states period of Japan to become the samurai he wants to be.

The game plays from a third-person perspective—which means up close and personal with your enemies—and has plenty of melee weapons like swords, axes and spears at your disposal (and some ranged options too). But really what makes Nioh 2 stand out are its RPG elements: leveling up character stats gives you more health or stronger attacks; armor can boost defense against certain types of damage (fire for example); there are tons of items scattered throughout levels that can give boosts when consumed or equipped; weapon upgrades unlock new moves or improve existing ones; etcetera etcetera etcetera...

It’s been described as one part Dark Souls gameplay style combat and one part Dynasty Warriors hack n' slash style gameplay—with an emphasis on “hack” thanks to its brutal difficulty level!

Dark Souls 2 Scholar Of The First Sin is a great game to play because it's one of the best sequels ever. It's got all the elements that make Dark Souls so popular, but with some new features that will keep you entertained for hours on end. The bosses are challenging and there are plenty of new areas to explore while fighting off enemies with your trusty sword, shield, and magic spells!

There are also tons of new items to find in this game including armor sets and weapons that give your character special abilities when equipped together (like more speed or health). You'll want to check out everything there is in this game so you can fully enjoy what it has offer!

You’ve beaten Elden Ring and now you’re looking for a new RPG to play. Hellpoint is a game that is like Elden Ring, but also unlike Elden Ring. It's about space and satan, as opposed to people with health problems trying to live in a world full of demons. Hellpoint has new game plus, which allows you to continue playing after finishing its story mode by starting over with all your weapons and items from the previous playthrough in your inventory (which is especially useful since there's no way of storing items). The multiplayer component lets you team up with three other players as well as face them off in death matches!

Lords Of The Fallen

Lords of the Fallen is a third-person action role-playing video game developed by CI Games and published by Bandai Namco Entertainment for Microsoft Windows, PlayStation 4, and Xbox One. The game was released on October 31st, 2014 after being delayed from its original release date set for October 23rd. It is inspired by Demon's Souls and Dark Souls games by FromSoftware, but has a more conventional fantasy setting than those other titles. In contrast to recent entries in the genre such as Kingdom Hearts III or Shadow of the Tomb Raider, Lords of the Fallen does not feature any dialogue between characters or complex narratives.

Not all of these games are on the same level as Elden Ring. In fact, some of them aren't even close. But they're still fun to play with friends or by yourself, or even just for the heck of it if you haven't played them before.

I almost included Dragon Ball FighterZ here because it's so popular right now and has been for months. I also almost included Bloodborne because it's a great game that many people still haven't played (and some probably haven't finished). Divinity Original Sin 2 also got left off this list because it's kind of obscure and definitely not for everybody—but if you love RPGs and want something new to get into, I highly recommend giving Divinity Original Sin 2 a try! Shadow of the Tomb Raider was another hard omission from this list because it was one of my favorite games last year; however, I felt that there were better options out there than Shadow when considering what people should play after beating Elden Ring (there will be more than enough time later on). I'm sure many people would disagree with me but hey—personal preference is personal preference after all!

There you have it, our list of 14 games that should be next on your radar after Elden Ring. We hope you find something here that suits your tastes. 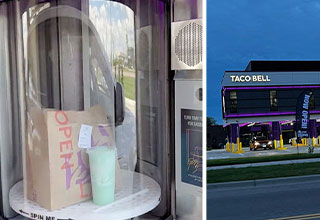