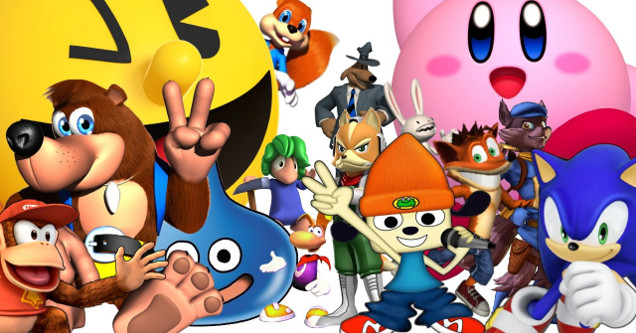 Whether or not you consider yourself a gamer, you definitely played video games as a kid. Whether it was just to escape reality or kick the crap out of your friends in local multiplayer, video games were a part of your childhood.

Over time, the most popular games of the 90's were made to never be forgotten, while everything else faded from memory. So, while games like Metal Gear Solid, GoldenEye 007 and Super Mario 64 are brought up all the time, we can hardly remember the names of other titles that we probably played even more.

We want to take a moment to remember these forgotten heroes in gaming. Here are 15 games you totally forgot you played as a kid. 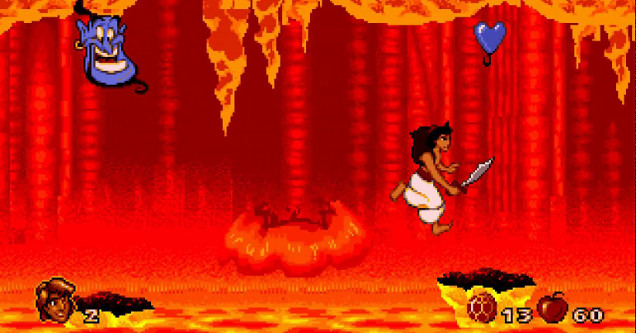 Back during the height of popularity for Aladdin, just one year after the film's release in theatres, a video game adaptation debuted on the Sega Genesis. With half of American kids wishing they could fly to school on a magic carpet, and parents looking to distract their kids with video games so they could sneak out of the house, the game would quickly sell on store shelves.

Disney's Aladdin would win several awards for its fantastic platforming gameplay and compelling use of the IP, paving the way for other Disney film adaptation hits such as The Lion King and Toy Story. 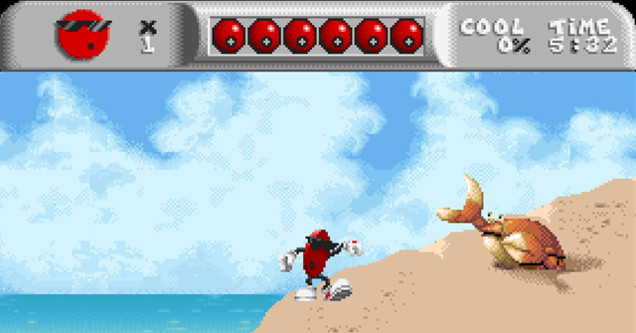 Among the Sega Genesis' many early platformers was Cool Spot, a game all about soda bubbles and coolness Published by Virgin Games, it was printed and sold in the masses as a subliminal marketing piece looking to get young children hooked on 7UP.

Did it work? Given how many millennials are hooked on soft drinks, probably. Come to think of it, this game could very well be to blame for the obesity epidemic. 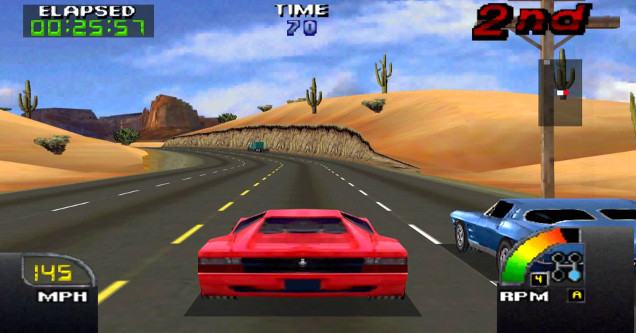 I'm just going to say it: this game is straight garbage. I have no idea how it found its way into virtually every arcade in North America, but it did. And I must have spent over $20 of my parents' money playing it at Chuck E. Cheese's and bowling alleys. Straight robbery.

Cruis'n USA had a clunky handling model that made you feel like you were controlling a Disneyland tea cup rather than a Ferrari, but if you felt like racing your friend down a desert highway at the age of 13, you didn't have much choice. Cruis'n USA it was. 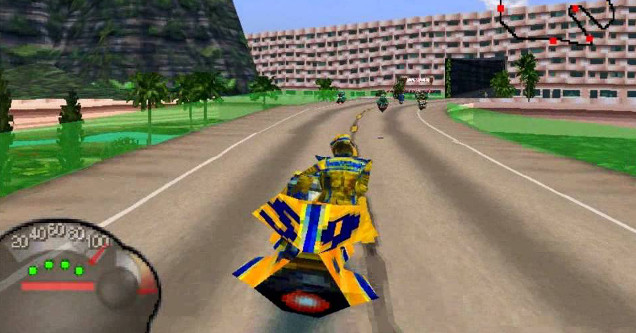 Jet Moto was one of the earliest available racing games on the PlayStation. In the game you would ride a jet ski across water and land, because apparently the game creator didn't give a single crap about physics.

Jet Moto wasn't very popular with reviewers, and in all honesty wasn't even a great game. But millions of kids were introduced to the PlayStation in 1996 and wanted the game with the coolest cover on the shelf. 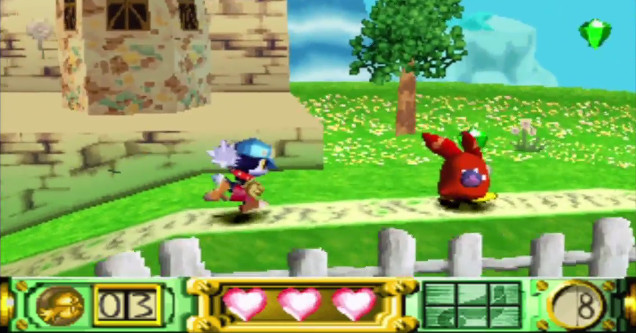 Read: 17 of the Best PlayStation Games

During a time when Super Mario 64 was all the rage, Klonoa arrived to give PlayStation gamers something fun to talk about. It was an extremely vibrant and charismatic game that won over a lot of people, including parents. Even if you come across as a hardass these days, you probably played this game while cuddling your teddy bear just two decades ago. Come on, admit it.

Sadly, few gamers remember it. Platformers were simply too commonplace during the era for anything but the best (i.e. Banjo Kazooie) to stand out. 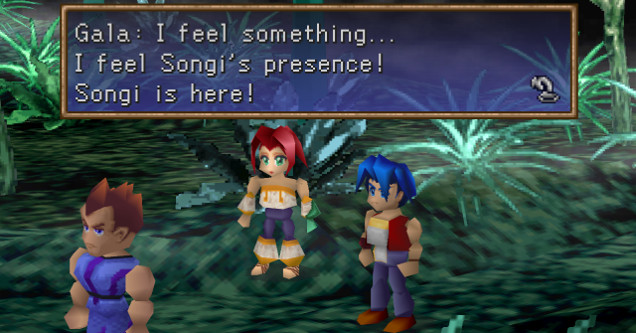 Final Fantasy VII, Legend of Dragoon, and Parasite Eve are usually the first games to be brought up when gamers talk about JRPGs during the 90's. However, Legend of Legaia deserves recognition.

Featuring a unique combo-oriented battle system and a whole lot of content, it was one of the system's best but most commonly overlooked titles. Sadly, just like Klonoa, it was drowned out by the multitude of other games in its genre that were, simply put, better. 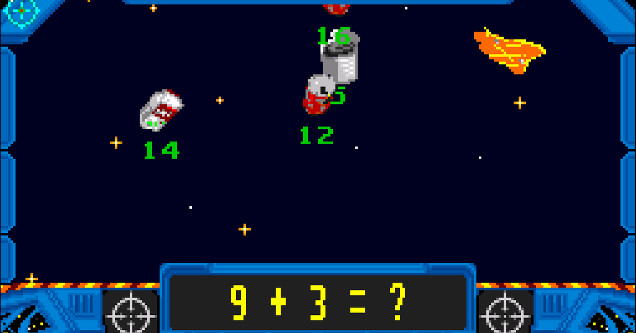 Cool: 15 Electronics That Ruled the 80's

Back before you could quickly calculate what any number multiplied by 10 was you were playing Math Blaster. Installed on millions of school computers and found at just about every retailer across the United States, it was a best seller that would pave the way for the rocket scientists responsible for successful SpaceX missions.

Math Blaster was one of the first games that proved how educational games had a future. 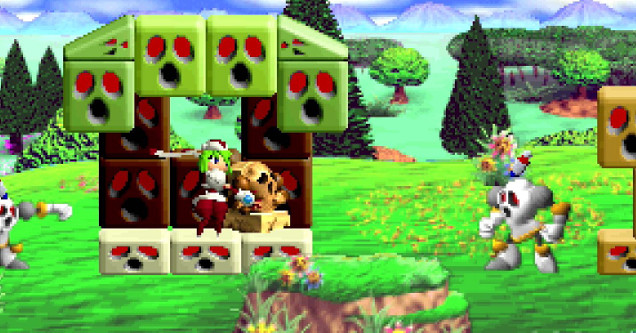 Arriving shortly after the N64 launch, Mischief Makers was a surprisingly popular game. With a unique art style that resonated well with anime fans, and a blend of puzzle elements that made each level unpredictable, it was unlike anything else at the time.

Little do most people remember that in the game you play as a sexy robotic maid who was responsible for picking things up and shaking them. Ohhh yeah. 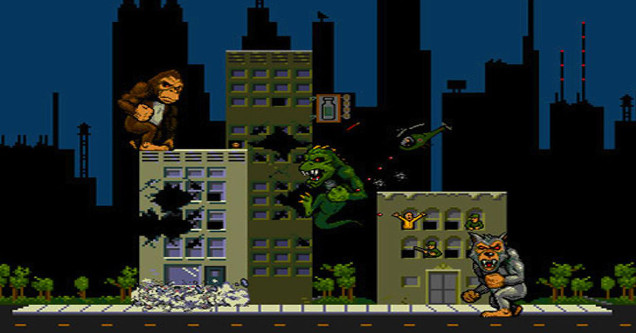 Check Out: These Retro Toys Are Amazing

Rampage was the perfect game for the sugar overloaded kid who would buzz around kicking objects while screaming in Target. Instead of damaging real world objects, they could destroy buildings in a video game.

Of course, little did we know that this would pave the way for domestic abuse many years later. Oh well. 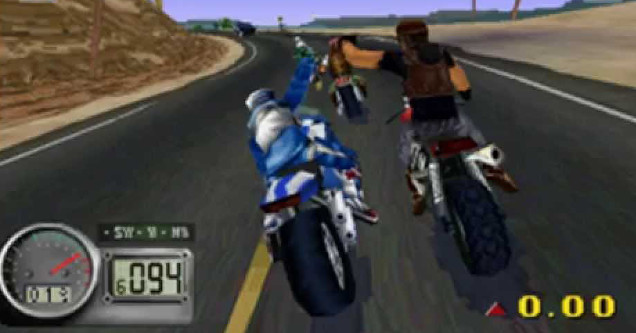 That Timing Though: Road Rash Spiritual Successor Released This Month

Road Rash's premise was quite simple: race across a highway while knocking your opponents off their motorcycles. It was such an evil and neat idea that was the result of the frustration of game developers sick and tired of commuter traffic in California.

Seriously, you could swing a metal chain at other drivers, propelling them face first into the asphalt at 100 miles per hour. How is this not a thing anymore? 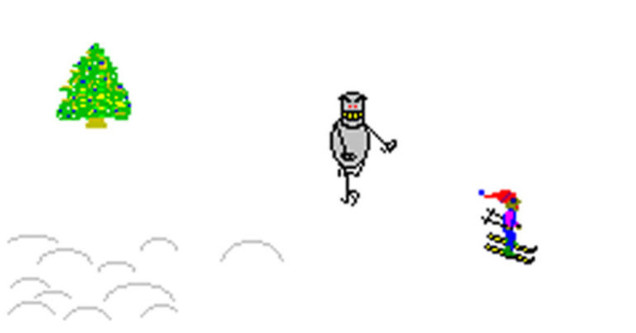 Just about everything you know about slalom comes from Skifree, whether you remember it or not.

The game is best remembered for its Abominable Snowman who chases you. As if trying to zip through thin flags wasn't tough enough. 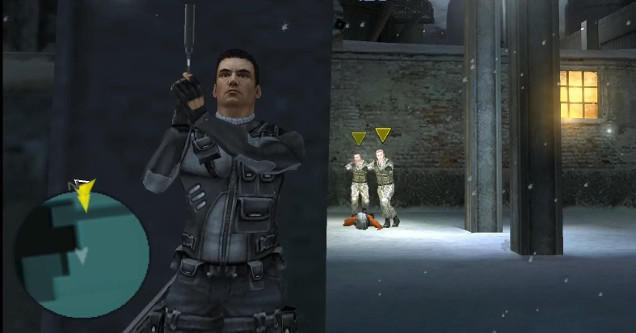 Looking Back: 32 Great Games from the PS1 Era

Before the days of Splinter Cell and Hitman was Syphon Filter. This stealth action game put you in control of secret agent Gabriel Logan as he looked to find and bring terrorists to justice using the latest U.S. government technology.

Out of all the games on this list, Syphon Filter has the most potential to be revived in the current era. If it does, they better address the controls, because this game was a nightmare to play. 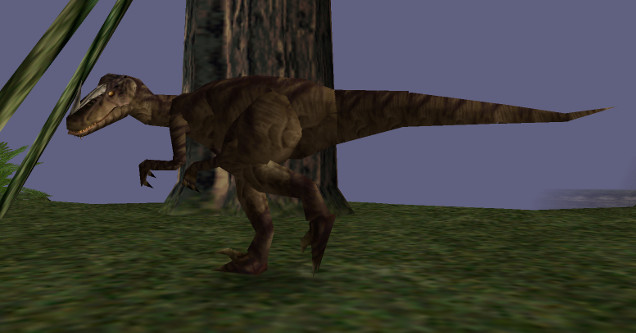 In the 90's it was common to have dinosaur posters in your room, a Jurassic Park lunch box, and a perfect Tyrannosaurs Rex impression. And there was Turok, the dinosaur hunting video game that introduced a lot of young gamers to the first-person shooter genre.

In the game you played a Native American warrior tasked with murdering dinosaurs. Personally, I'd prefer to domesticate them and ride them to work, but to each his own. 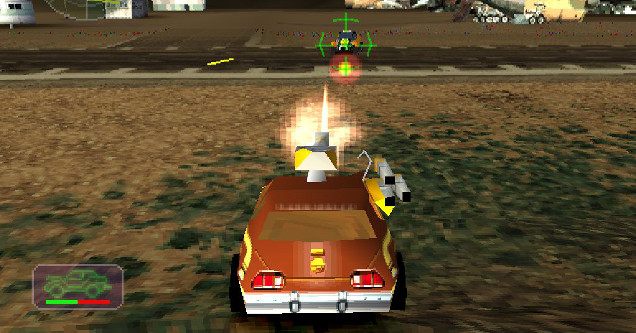 Also Read: 7 Games That Have Already Flopped In 2017

Yeah, it might have been a Twisted Metal clone, but it was a darn good one. Vigilante 8 was one of many vehicular combat games that kids loved in the 90's. And really, it made a lot of sense: we loved cars and explosions, why not do both in one video game?

Vigilante 8 lacked the charm—Sweet Tooth—of Twisted Metal, leading to its demise. But that doesn't mean we should forget it. 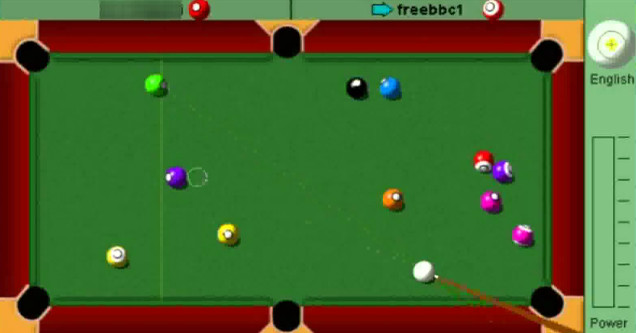 Right at the turn of the century many kids started logging onto the internet for their first time. During this period chat rooms were incredibly popular, spelling the beginning of online memes and cyber.

Yahoo Games! would soon debut with a cast of over two dozen games. But really, everyone only cared about Chess and Pool. Pool would become a hot favorite, especially in classrooms where it distracted teachers and students alike. Come to think of it, I'm pretty sure I spent 90% of my time in my graphic design class playing Yahoo Pool. No wonder I'm so bad at Photoshop. 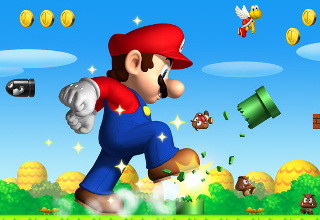 NEXT ARTICLE 15 Gaming Secrets That Blew Our Minds