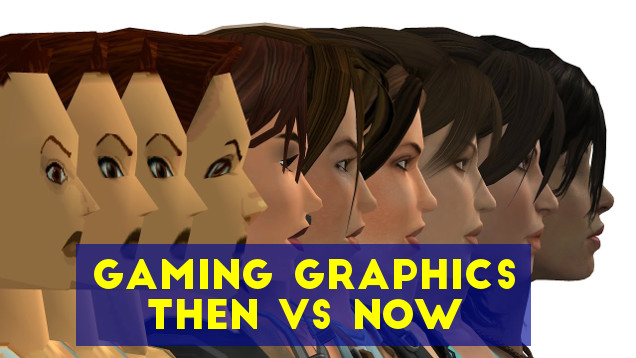 Time sure moves quickly. While that means we'll all be dead soon, it also means that we've transitioned from ugly game graphics to eye candy within the blink of an eye.

Game graphics have come a long way during the past 30 years. What was once an industry dominated by sprites and text has become one where with believable 3D graphics and voice acted characters. It's really amazing when you think about it, and we're here to remind you that you shouldn't take it for granted.

Do you remember how bad games used to look? Here, let us give you a hand. 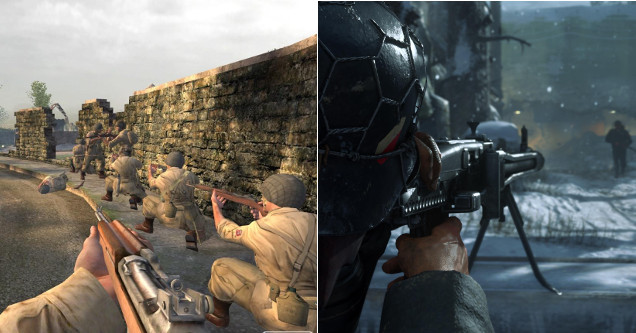 Call of Duty hasn't changed much in the past 14 years, but its violence is definitely more palpable. Sure, you now have to spend a bunch of money on DLC instead of getting a complete game in the box, but that's for another discussion. 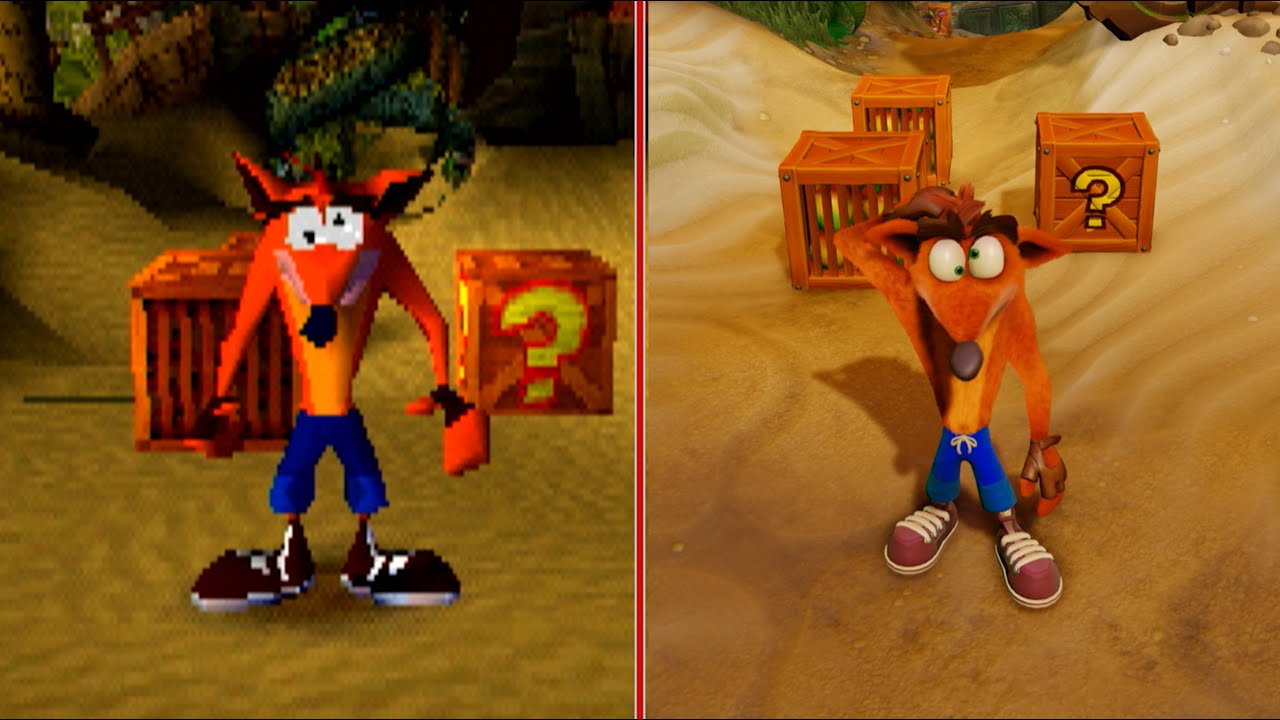 Crash has aged quite well. His wackiness and inability to jump as far as you want him to has persisted through two decades of technological evolution. What a feat. 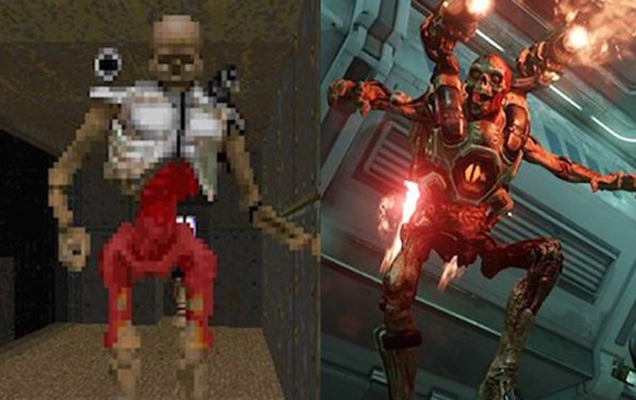 Revenants sure looked creepier back when they were 2D sprites. Still, it was cool to see this iconic enemy and others (i.e. the Cyberdemon) brought into modern day life with 2016's DOOM reboot. If you haven't played it, then it's worth a look for nostalgia's sake. 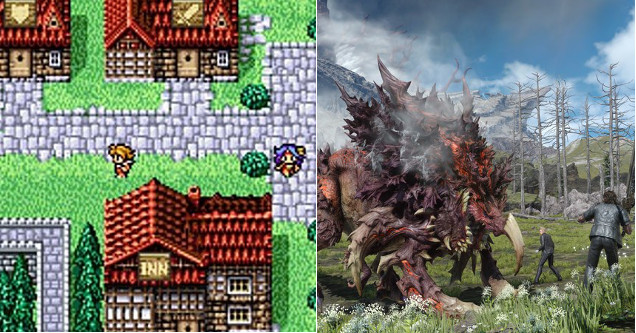 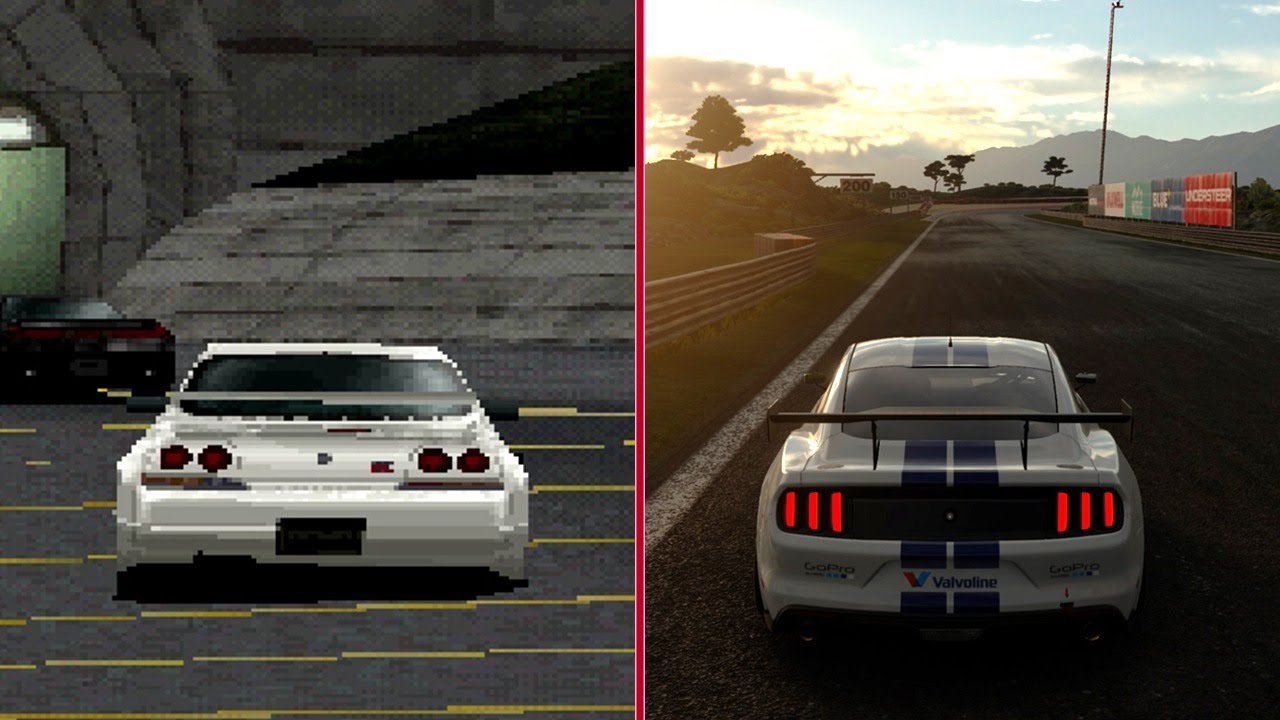 The difference here is quite staggering. Come to think of it, Gran Turismo did quite a lot considering it only had a 32-bit processor to work with on the PlayStation 1. Even then, the sharp quality of Gran Turismo Sport leaves its predecessor in the dust.

I can't think of a game that has come a longer way in two decades than Grand Theft Auto. I remember playing the first two games; they weren't all that popular, and were kind of a headache to play given the top-down perspective. Now it's almost more popular than Mario and is basically a crime simulator. Noice. 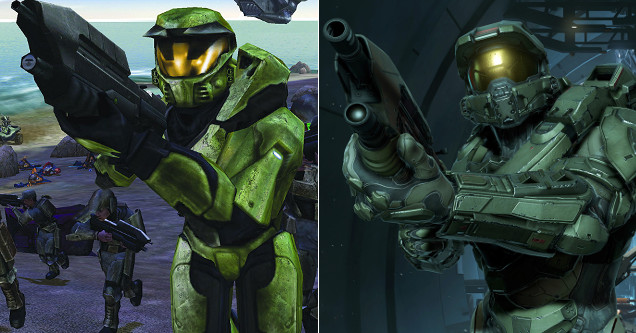 T-bags used to be funny. Now they're so realistic that they're downright offensive. 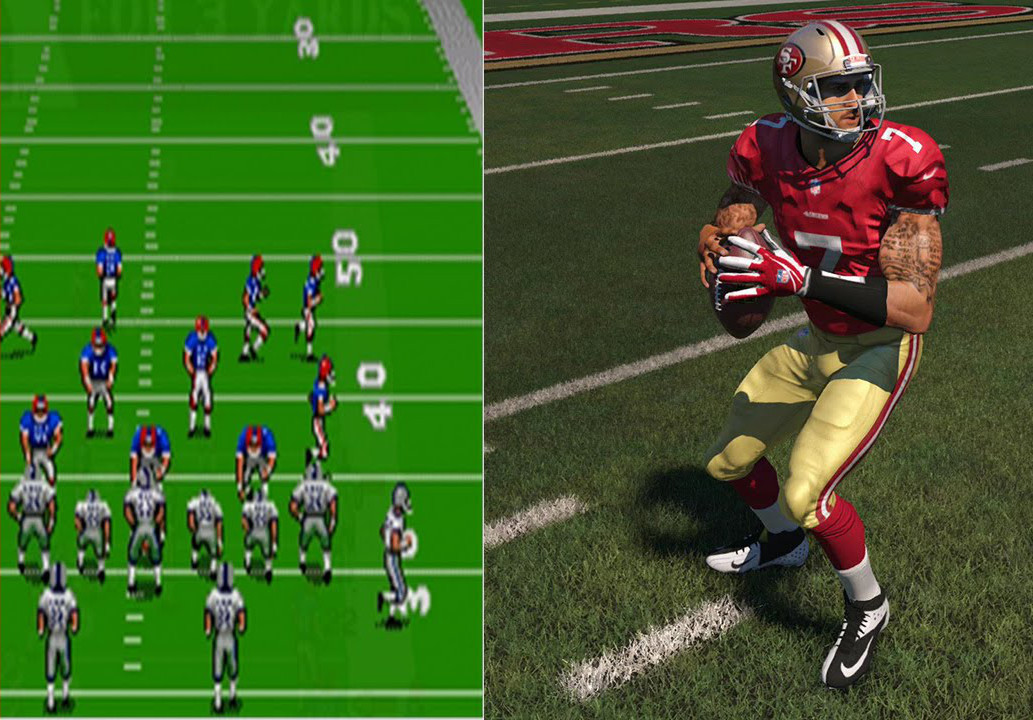 Madden might be more realistic than ever before, but in the past 23 years the Cleveland Browns have somehow managed to remain irrelevant, and that's far more impressive. 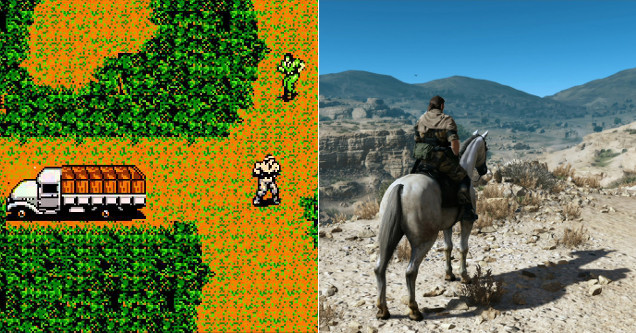 Similar to Grand Theft Auto, Metal Gear didn't stand out much at first. Now it's by far the most well-known stealth franchise on the market. Shame that it's dead thanks to Konami.

As you can see here, the font and UI decor has come a long way for Pokemon. Truly worth 20 years of technological evolution. 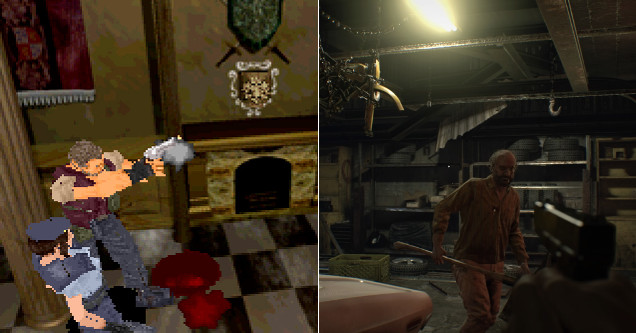 Better graphics have made horror games so much scarier. Don't believe me? Play Resident Evil 7 in the dark and try not to pee yourself. Good luck. 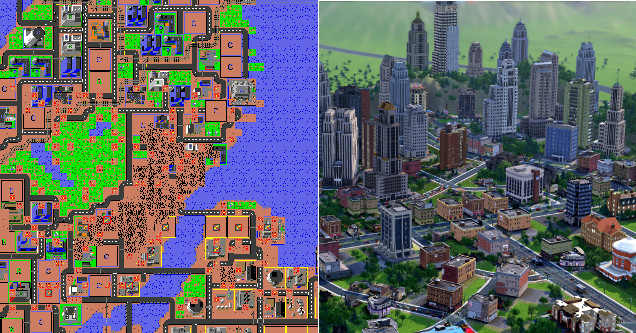 I'd rather play the game on the left.

I wish I could say that Sonic was still as fun as it used to be. For whatever reason, SEGA can't figure out how to make a good Sonic game anymore, and that's really sad.

This little plumber boi sure knows how to stand the test of time. After all, he's managed to hold down his plumbing job while saving princesses since 1985. A tip of the fedora to you, my friend. 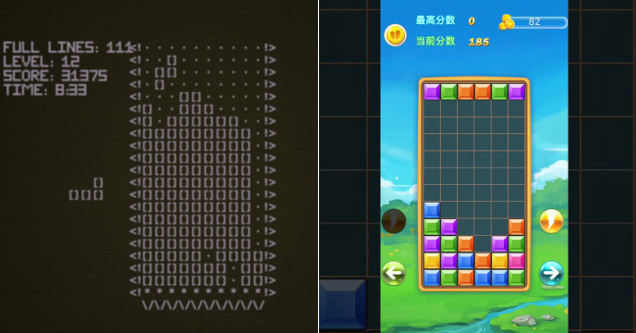 Did you know that Tetris is the best-selling game of all-time? Over 150 million copies have been purchased by people who didn't know there are other games they can buy. 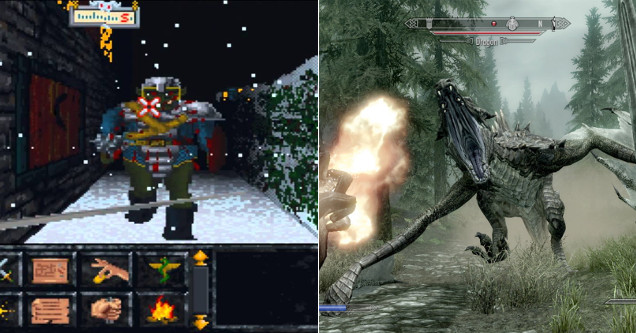 Realistic dragons or not, this series has always been addictive. I remember hearing about people who locked themselves away in their parents' basement for years because they couldn't stop completing quests in Arena. I wonder how they're doing now.

Lara has been sculpted into a masterpiece over 20 years, with her rough edges chiseled away by an influx of polygons. What a delightful evolution, indeed. 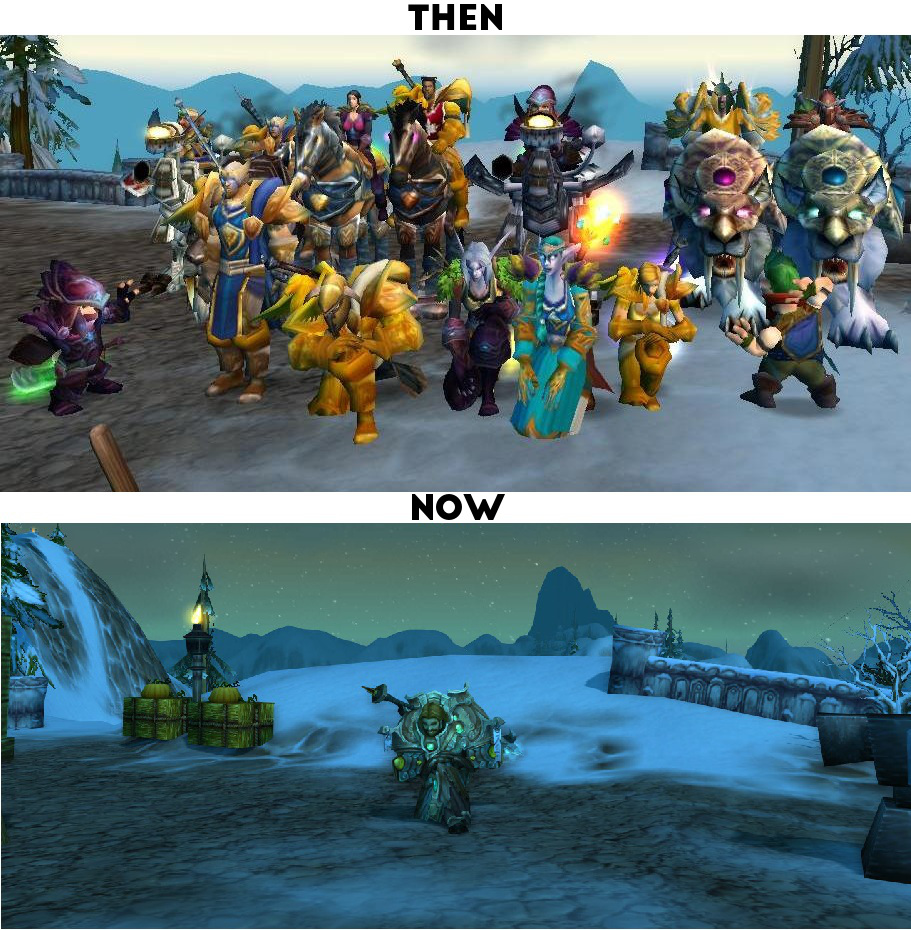 This one goes out to all our virtual friends who have disappeared into the aether. May we one day reunite on Discord. 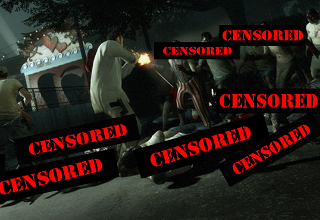