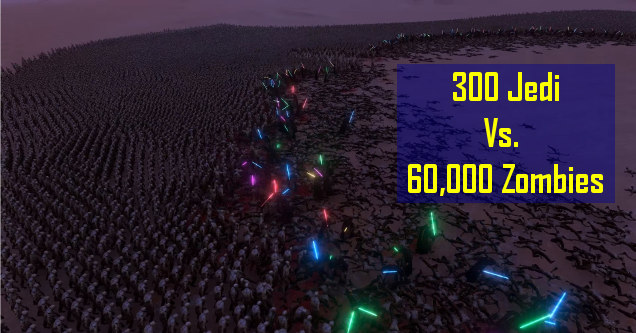 Have you ever wondered if 20,000 wolves could survive against 1,200 werewolves? How about if velociraptors could win against an army of demons? If so, Ultimate Epic Battle Simulator is just what you're looking for.

In this game you're able to create custom scenarios where just about anything can fight about just about anything. And we aren't kidding; there's a YouTube channel dedicated to simulating just about every possible scenario that will never actually happen because dinosaurs are dead and werewolves aren't real.

The latest in this series puts a handful of Star Wars' highly trained Jedi against an endless sea of zombies in a format most similar to season 7 Game of Thrones. The result answers a question we've never asked, but wish we would have: can zombies win a battle against Jedi?

Find out the final answer in the video below: 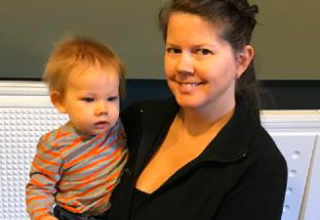