If you're like me, you've been playing Animal Crossing for months. But you've completed all the collections, gotten a five-star island rating, and even finished paying off your mortgage ahead of schedule (okay, that last one might be just me). Sure, there's always more to do on a daily basis—new fish and bugs to catch, fossil hunts to explore—but when the novelty of checking in with your neighbors and watering flowers wears off after the hundredth time, it's nice to take a break from ACNH. Here are five games that I’ve found can fill the gap when you need some new inspiration:

Stardew Valley is a farming simulator game that combines the charm of Animal Crossing with the complexity of a role-playing game (RPG). You'll be responsible for planting and tending to your own crops, as well as fishing, mining, and exploring caves. There's also crafting to keep you occupied if you're not interested in doing any of those things.

Stardew Valley has many features that make it very similar to Animal Crossing: both games have an emphasis on collecting items for your home; both allow players to explore their towns at their leisure; and both feature events that occur semi-randomly during gameplay. However, Stardew Valley's mechanics are much deeper than Animal Crossing's—meaning there's more freedom within each given scenario or task you're given.

Story of Seasons is a game that's very similar to Animal Crossing. Like in the open-world game, you can plant crops, raise animals, make friends and build furniture for your home. In Story of Seasons, though you can also fish and mine for resources as well as play with other people online or locally with friends.

The art style is brighter than Animal Crossing but it has the same feeling to it when playing. You have full control over your character and story line which makes this game very unique compared to many other farming games out there where you just choose what type of animal/crops you want to grow or feed them daily until they grow up into adults (this type of gameplay may be boring for some players). In Story of Seasons there are so many different ways that players can interact with each other online including trading items between each other (you don't even have too!).

Farm Together is a farming simulation game that has you grow crops, raise animals, and sell your goods to make money. You can customize your farm with buildings such as greenhouses or large storage barns. The game also has a multiplayer component where you can visit other players' farms or play with friends via local co-op.

Farm Together is similar to Animal Crossing in that it's an open world game set in a rural setting where you can customize the look of your farm by adding buildings and planting different crops. The main difference between these games is that Farm Together is a multiplayer experience—you can play with friends or strangers over the internet if you want!

A Short Hike is a game about walking around and finding things. You can walk through the woods, talk to people, find animals, and maybe even find yourself along the way.

In A Short Hike you’re tasked with hiking up a mountain (a mountain range really) while picking up all sorts of strange things that are scattered around the world. You have to complete this task before nightfall or else you get lost in the dark forest until morning comes again.

Yonder: The Cloud Catcher Chronicles is set on a fictional island called Gemea. Gemea has been hit by the Gemea Rain, an event that causes deadly mists to appear and spread across the land. This has caused most people to leave, leaving only a small number of survivors who try to stay together and rebuild their lives.

A focus of Yonder is on exploration and discovery as you travel around this beautiful world collecting materials for crafting or farming crops for selling or eating yourself. You’re free to go wherever you like in this game with no limits on where you can explore—and there’s plenty of things to discover!

Another big part of Yonder is relationships; players must make friends with the villagers around them so they can grow closer together over time. These social elements aren't easy though--you'll need patience when dealing with other characters because sometimes it takes awhile before someone trusts another person enough for friendship!

These games are like Animal Crossing, but are different enough that you should check them out.

Each game has its own setting, gameplay, story, characters, goals and mechanics. Each one also has its own graphics and music.

These games are like Animal Crossing in some ways, but not all of them.

We’re always on the lookout for new games to play, and while Animal Crossing is one of our favorites, we like to try out new things too! There are so many great games out there that we just can’t stop playing them. Which game would you choose first? Let us know in the comments below and thanks for reading. 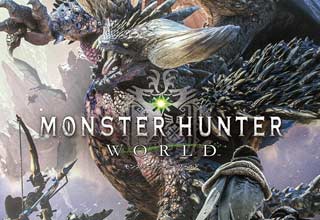