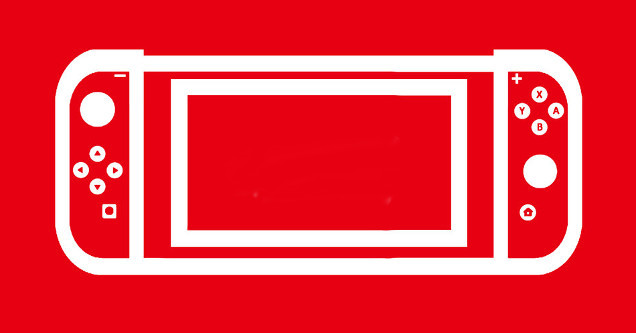 It's the end of the year. You have a Nintendo Switch and you want to make sure you get the most out of it. That's what we're here for.

I'm not even going to bother mentioning the obvious games because you undoubtedly have bought Breath of the Wild and Super Mario Odyssey by now. Let's get right into it. 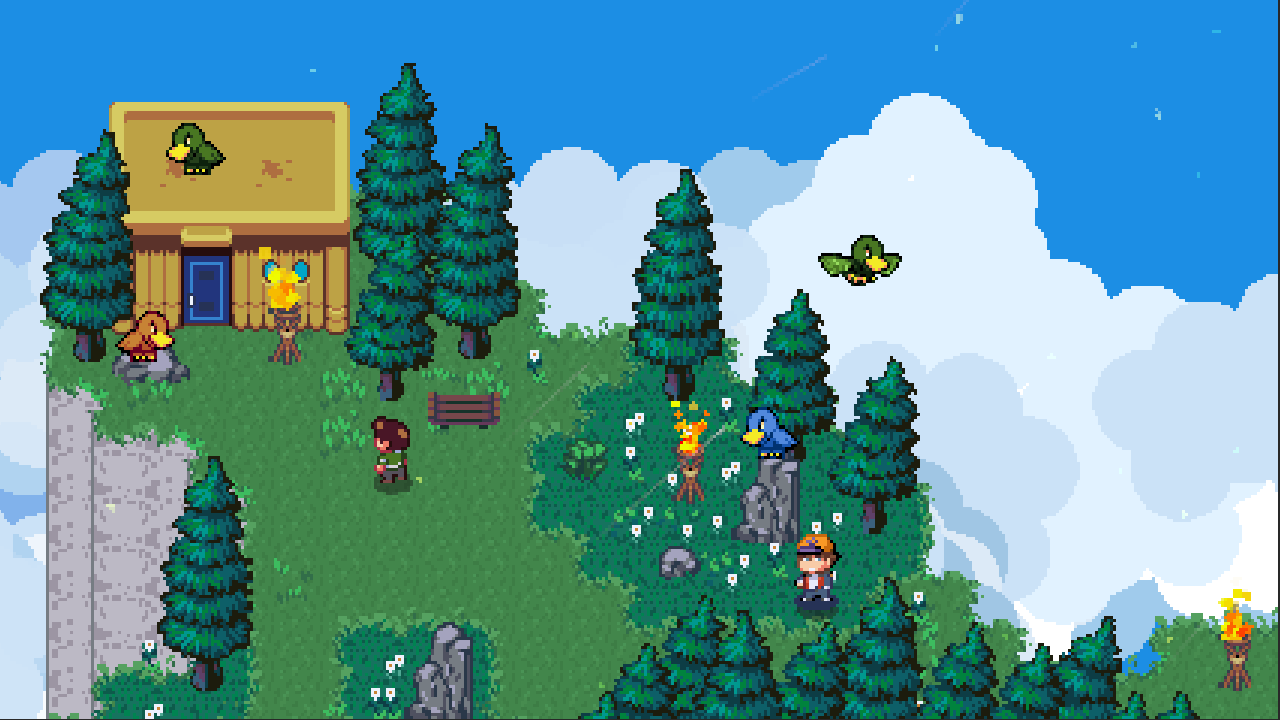 This simple sprite game is just the sort of thing you need when you just want to relax on the couch. With a little over 8 hours of content and a really unique mixture of story, golf gameplay, and puzzle solving, it took us by surprise earlier this year, and once again reinforced that we love playing Golf as long as it isn't in real life.

You aren't going to get any multiplayer out of this one, but it is a great fit for post-work chill sessions where you want to play a game as simple as possible. 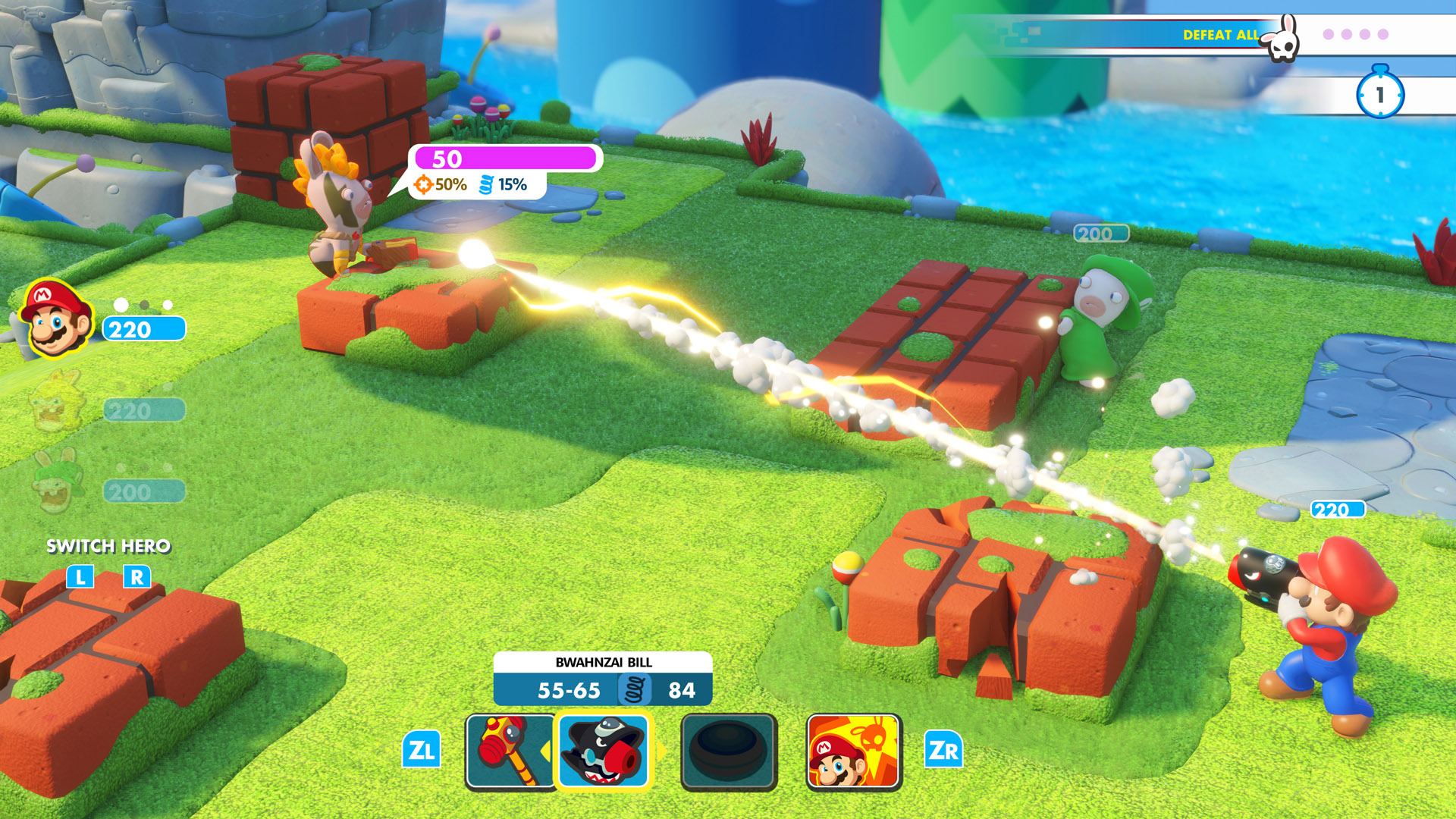 I was hesitant to include this game since it is relatively well-known, but it didn't sell all that well, so my bet is that you haven't bought it. If so, you made a mistake. This is a game that will surprise you in the best ways, from its AAA presentation to its thoughtful strategy combat that will hook you in a way similar to the early greats like Tactics Ogre.

Better yet, it uses a new style of combat that is more like X-COM than anything else, meaning you're getting an action oriented strategy game that won't bore you to tears. Sure, the game's story was built for annoying five year olds, but that's okay. Just skip the cutscenes and spend all your time forcing your will upon your dorky opponents.

Yeah, you've likely played Minecraft by now, but you probably haven't played it on the Switch. There's something special about being able to play the full AAA game on a console no matter where you go. The smartphone experience just wasn't the same, and this accomplishes much better with similar mobility. You can also split-screen it no problem to entertain people of all ages. That is, as long as they'll forgive you for playing Minecraft.

Minecraft has seen some neat additions over the years that make it worth revisiting, whether it be to use some new materials or maps, or just to troll your friends in a LEGO-style environment. This is a great pick-up that is worth the budget price. Cross play will even be supported soon so you can play with your Xbox and PC homies. 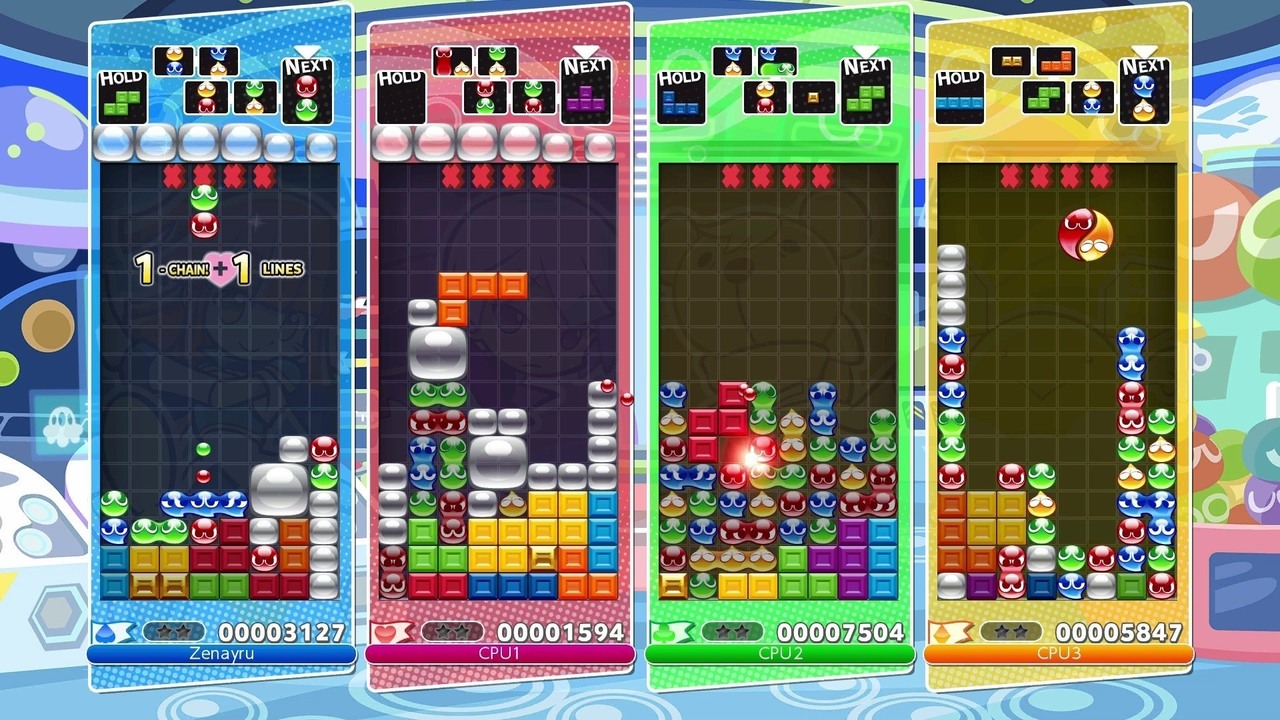 This is the kind of game that you wouldn't expect to have a lot of fun with, but end up playing for over 20 hours in a couple weeks. You'll find yourself anxiously wanting to improve your scores as the blocks come raining down, and then challenge your friend to play to show off how quick you are.

This is one of the better puzzle games of the year, and it was largely unheard of since everyone was busy with Zelda when it came out. Oh, and it supports four players if you just so happen to have three friends. You popular person, you.

Sonic on a Nintendo device? That might sound like blasphemy, but it happened in 2017, and in a great way. Sonic Mania is the most well-received game in the series in over 15 years, and for good reason: it returns to its roots instead of trying to reinvent the wheel.

You'll quickly remember why you spent so much time playing Sonic as a kid and have some high quality nostalgic vibes. You'll also be reminded of why you broke so many controllers playing the original. 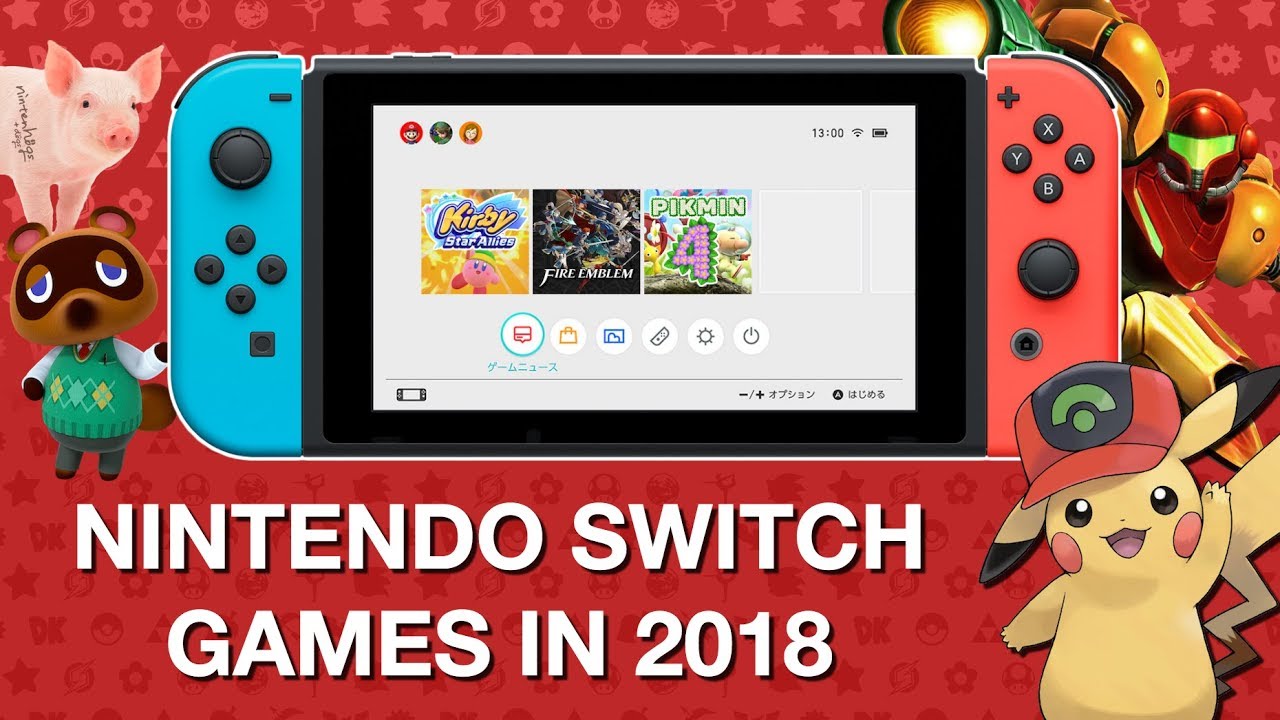 Now let's talk about games coming in 2018. The big thing to note before we get started is that Nintendo will be announcing a bunch of games in a few months, so we aren't aware of some of the biggest 2018 games, yet. Nonetheless, we know about some of them, and these are five that you're going to want to buy. 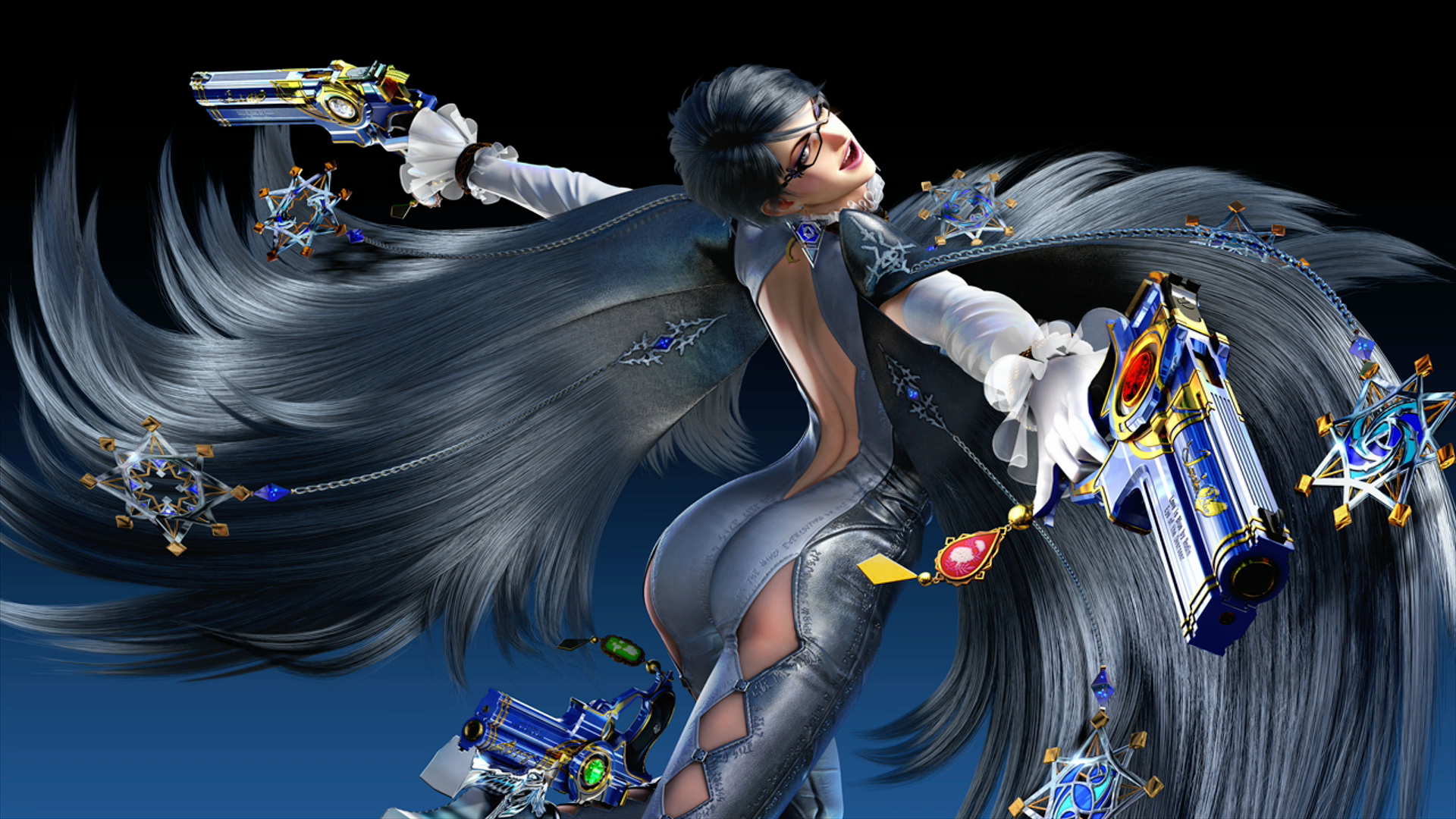 Yup, Bayonetta is back. I have no idea how since Bayonetta 2 sold poorly on the Nintendo Wii U. I guess Nintendo paid big money to Platinum Games to make it happen, and that's okay.

Bayonetta is one of the coolest characters in gaming, and her hack and slash games are literally considered the best in the modern hack and slash realm. This game could just end up being a game of the year contender like the last one as far as I'm concerned. 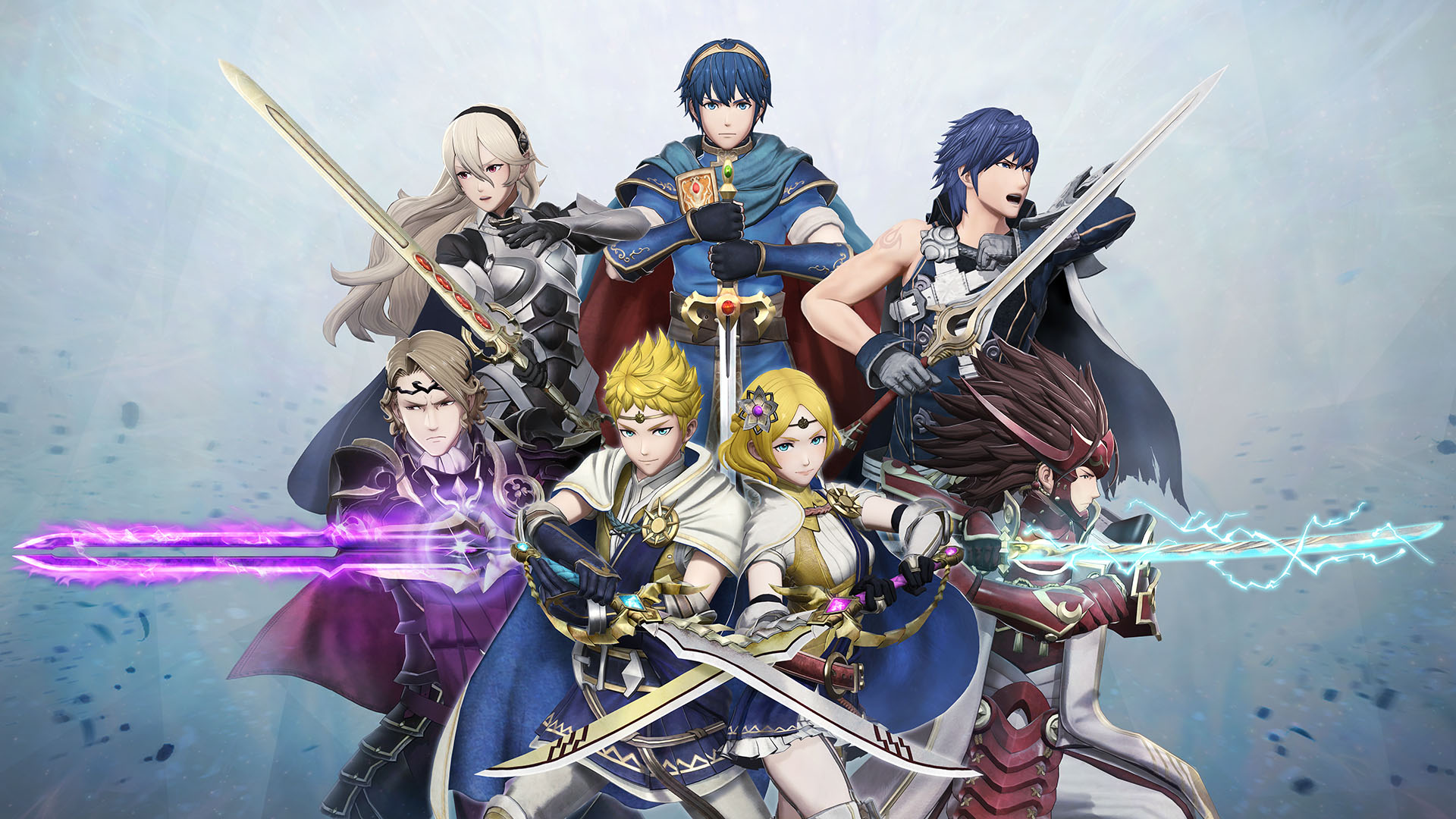 You want a perfect on-the-go game for 2018? You got it. Fire Emblem is the quintessential 20 minute thought provoking strategy game that kills time and keeps you entertained. It was a perfect match on the 3DS, and it'll be even better on the Switch where the screen isn't the size of a small walnut.

We know just about nothing about this game, and even then we want it day one. Just trust me on this. 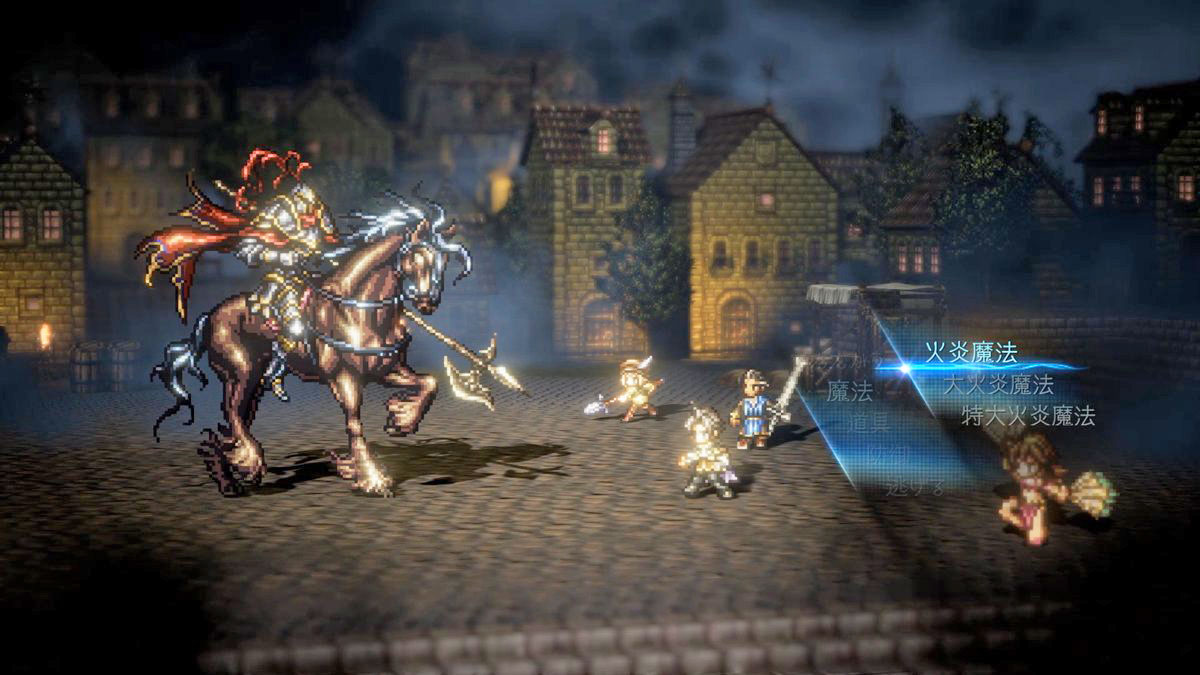 So you miss Final Fantasy and spend time every now and then talking with your buddies about how you wish RPGs were like they used to be. Well, the good news is Square Enix is working on a new epic RPG, and it looks really good.

This turn-based title is something we're expecting to get dozens of hours out of, and hopefully enjoy a story that makes us want to play that many hours. The art released for the game so far is beautiful, so at the very least it'll look cool even if you don't like it and regret your pre-order.

Valkyria Chronicles was undoubtedly the best strategy game on the PS3, and it's good to know that the series has lived on. It's now on its fourth release, this time for AAA consoles. Heck yeah.

Like Mario + Rabbids: Kingdom Battle this series manages to mix strategy and action game nicely. Supposedly it'll have new characters and some neat ideas for mechanics, which is enough for me to want it day one. Yeah, it's anime styled, but I'll forgive it for that since you can use guns. 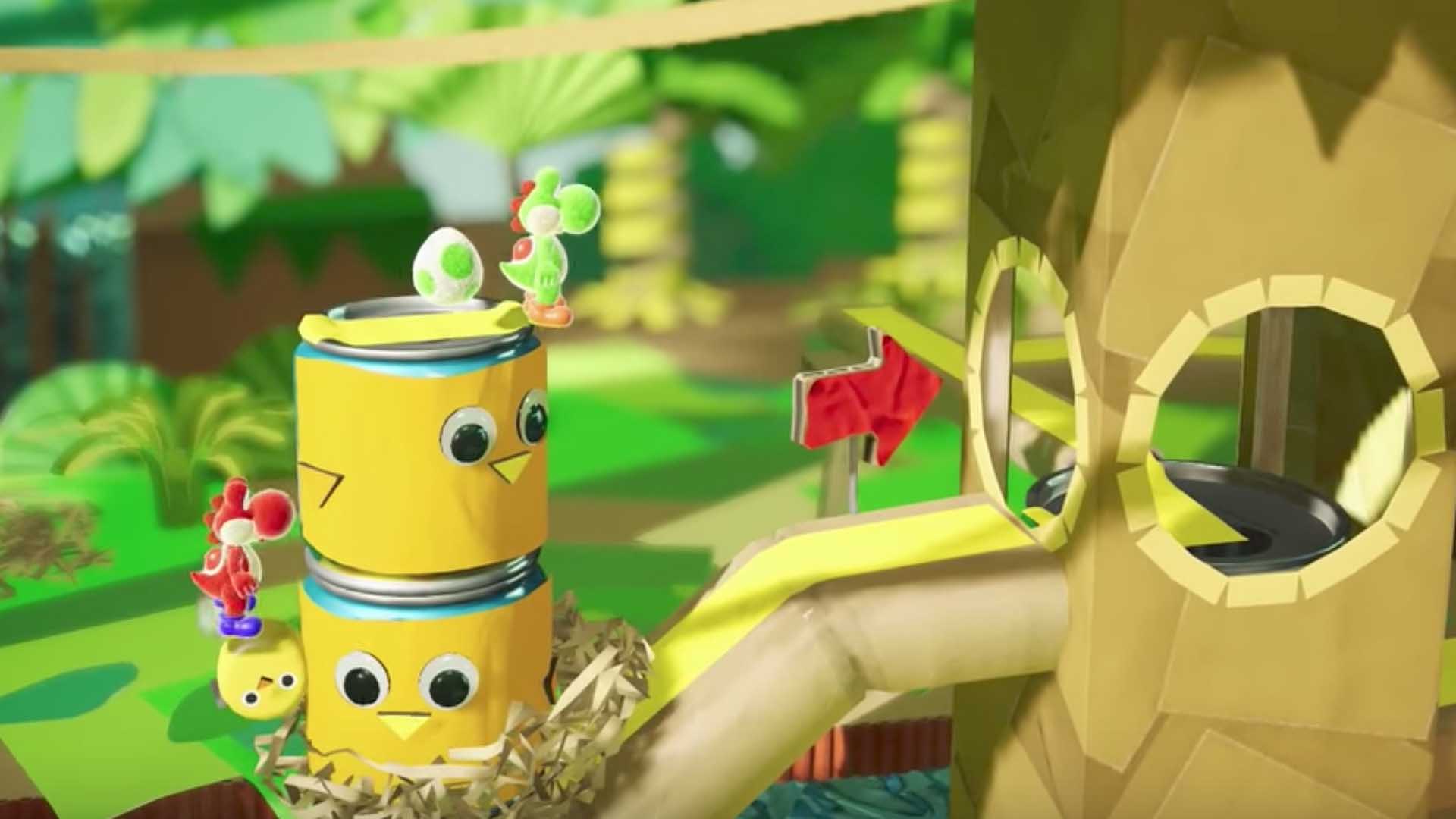 I can't even remember the last time I played a Yoshi game. This one sounds like it'll hit on the same notes as Super Mario Odyssey with clever mechanics that make you think about your environment and rewards you for thinking outside the box.

If nothing else, just being able to play as Yoshi in what we happen to think are the best Switch graphics shown to-date is enough to be excited. 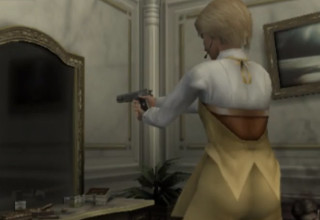 NEXT ARTICLE Why You Can't Trust Computers Or Voice Commands