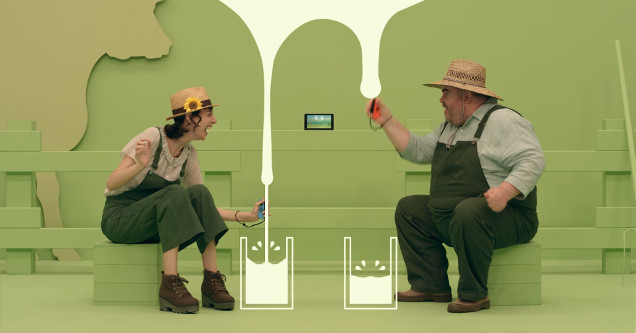 As we march into October where a ridiculous number of attractive games await us, it's an appropriate time to look back at some of the biggest releases of the year.

We've already had a surprising number of games flop, both critically and commercially. So, what are these games? Below are seven of them.

Read More: Learn More About the History of the Nintendo Switch

It's about as fun as milking a cow.

1, 2 Switch was supposed to be the new generation of Wii Sports, a title that showcases the Nintendo Switch's capabilities. While it explored the console's technology, it did it in a way that just wasn't all that fun.

With a total of 28 mini-games, it should have been the sort of game that was perfect for parties. Instead, it was more of a buzz kill.

To make matters worse it wasn't bundled with the console, and was priced at $49.99. Nintendo would drop its price after its negative reception at launch, but at that point it was too late. This cow was already dry.

But really, Agents of Mayhem wasn't necessarily bad, it just didn't have the charm of the studio's other games. Some reviewers went as far as to call it "lifeless" and "dull". That's not very nice.

Sadly, the development studio has been hit by a large round of layoffs this week due to the poor performance of the game. We never wish that upon anyone, so hopefully they can turn around and pump out a new game that hits a home run. 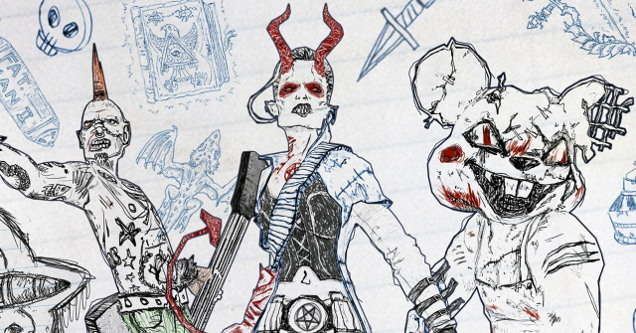 What you see above isn't a drawing from a satanic five year old, it's the exact art style that David Jaffe has employed for his latest title, Drawn to Death.

If you don't know, David Jaffe is the original creator of Twisted Metal and God of War. He's had incredible success over the years, but missed the target on his first PS4 release.

Drawn to Death was uncharismatically over-the-top, and rather generic outside of its bizarre visual style. Reviewers didn't like it very much, to say the least, and even though Sony offered it for free to PlayStation Plus subscribers, most didn't bother lending it their storage space. Savage.

Featuring violent battles between knights, vikings, and samurai, For Honor should have been one of 2017's biggest winners. Unfortunately, it's had a rather challenging post-launch life.

The biggest problem was that, despite its highly competitive online environment, it featured peer-to-peer networking that introduced lag and all sorts of technical inefficiencies. It was also host to a wide range of balance problems. In tandem, these two problems made most people feel like they were being hit over the head with a hammer IRL instead of in-game.

For Honor has become one of the most frequently refunded games of 2017. Even then, there's a lot of potential, and Ubisoft will likely capitalize on that in the coming years, but for now it's an unfulfilling new IP release that deserved better. 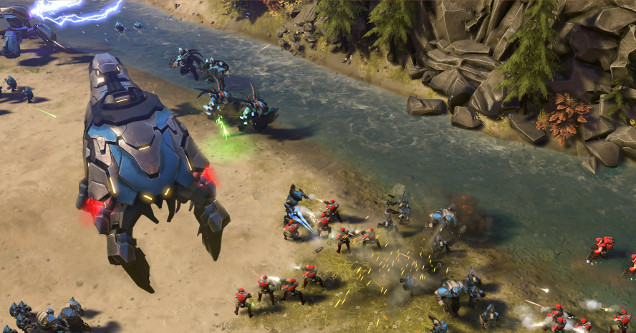 This one's pretty simple. People just don't care about RTS games much anymore. Even StarCraft 2 has seen its numbers dwindle.

So launching a new Halo themed RTS that was built with consoles in mind probably wasn't the least risky idea Xbox has ever had. That has resulted in what is actually a pretty darn good game performing extremely poorly. How poorly, you ask? Let's just say it hasn't even sold 15% of what Halo 5: Guardians did.

You shouldn't expect to ever see Xbox release an RTS game ever again.

With aggressively politically correct character design, a woeful story, and some of the funniest looking animations gamers have ever seen, Mass Effect Andromeda was one hell of a headline maker when it launched earlier this year.

It's fallen so far below expectations that EA has decided to shelf the Mass Effect series for the time being. Not good, but probably for the better. 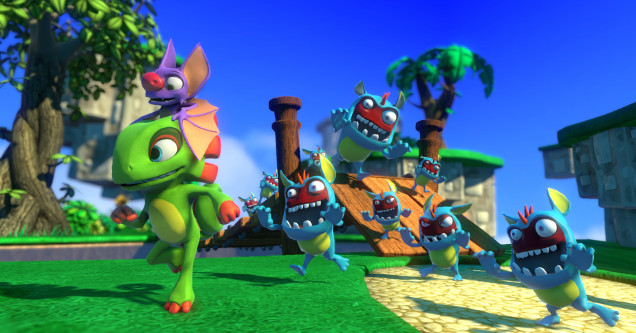 Read More: A Look at the JonTron Yooka-Laylee Controversy

Inspired and created by the team responsible for Banjo-Kazooie, Yooka Laylee had no business bombing. But that it did.

Yooka-Laylee was a perfect example of how important polish is for games. It had some outstanding moments that were buried under a ball pit's worth of quirksome problems and troubling level design.

It doesn't help that the developers intentionally painted the game in a bad light at launch when it removed one of its voice actors from the game for political reasons. As if it isn't hard enough to sell a new gaming IP with a weird name. 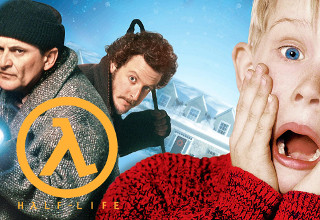