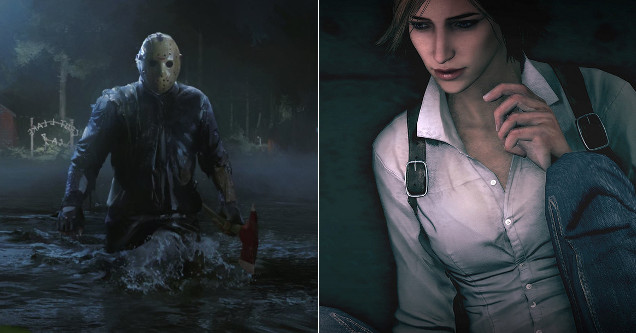 I've been a fan of horror games ever since I lost sleep over Silent Hill back in 1999. Since then I've powered through some hellish experiences just to be able to say I could do it. It hasn't  been easy, but I suppose at this point I can say I'm a horror game fan.

Halloween is here, and there's no better way to celebrate than with a terrifying game that'll make sure you remember what you did on October 31st, 2017 even a year from now.

I've played most of the highest-rated horror games in history, and below are the six I most recommend.

Just about everyone can appreciate an "Alien" movie, so Alien: Isolation is a safe pick. This 2014 release was true to the series with great character development, eerie spaceship halls, and a dark creature that just won't let you take a break.

One of the most interesting mechanics of the game is the tracker, which is a device you'll walk around with for most of the time. It'll pick up any moving entities nearby, friend or foe, so you have a reason for your heart to start beating faster, and to start moving slowly. You'll also have a few tools at your disposal, but only things that will buy you time or help you solve puzzles. In other words, nothing that will get rid of the Alien that will murder you if it comes anywhere nearby.

Also Read: 26 Out Of This World Facts About Ridley Scott's 'Alien'

This game is freaky and in one of the best ways possible. It isn't often that sci-fi is explored in horror games, and for that this game deserves your attention even if you aren't a fan of the film series. 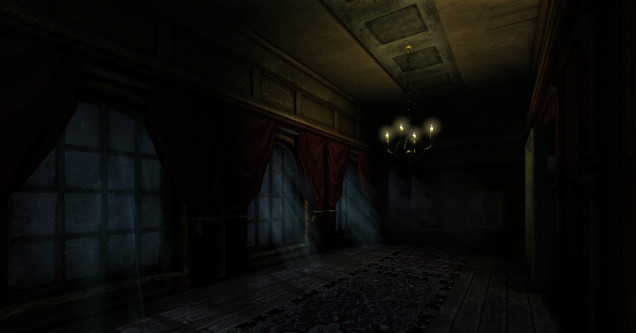 Amnesia is commonly celebrated for pioneering the modern style of horror game where you have no weapons—although technically Penumbra pre-dated it—, and you never quite feel safe. Because of this it's one of the most beloved indie titles in history.

At the beginning of the game you wake up from a slumber without any memory of who you are or where you came from. You soon learn that staying in the shadows makes you lose your sanity, which can result in you panicking and making noise, exactly the sort of thing you don't want when nightmarish creatures are around. So, you'll have to carefully manage when you hide in the shadows and when you seek the comfort of a lit room or lantern.

It's frightening, to a point where it's been featured in countless YouTube highlight videos. And, really, this is the scariest game you can play that isn't in virtual reality. Are you up for the challenge?

Dead Space 2 was one very special game when it launched in 2011. While 99% of horror games have small budgets, EA invested tens of millions into this production, which we would later learn was too much, and has since resulted in the development studio being shut down.

Dead Space 2 begins with a rather ordinary adventure where, after the protagonist spends three years in hypersleep, he comes to find that the space station that he calls home has been infested by a zombie-like mutation. You investigate this serious problem and come to find much deeper layers of the story that involve hiveminds and all sorts of neat Zerg-like goodies.

Given that this is by far the highest production value horror game on the market, it's absolutely beautiful, and has the kind of audio design that will keep you glued to your screen. Yes, this game isn't available on current generation consoles, so you'll need either a PS3, Xbox 360, or PC to play it. But if you never had a chance to try it out, it's well worth heading back and seeing what all the fuss was about. 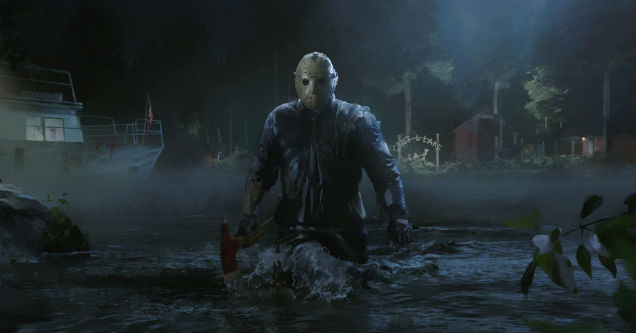 Also Related: 13 Times That Prove We Should All Be Worried This Friday The 13th

Friday the 13th lets one person take the role of Jason Voorhees, while up to seven others try to stay as far away from him as possible in Crystal Lake. Jason moves quicker than the survivors, so things get intense once he finds someone. Eventually, the survivors have to rush to an exit point, at which point things climax with Jason usually chopping everyone to bits like a blender. 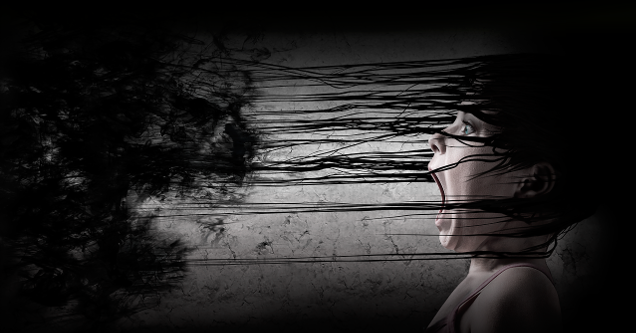 Honestly, just about any horror game in VR is a recipe for a bladder disaster, but Paranormal Activity: The Lost Soul is the king of the jungle. This game isn't even modest about it, it'll abuse jump scares and psychological horror to make it as difficult as possible for you to reach the end. Most people never come close.

Just like the films, you'll start in an average home in a woodsy neighborhood. Not before long, unexplainable things begin happening that'll make you wish I never mentioned the existence of the game. But hey, you said you wanted the scariest game for Halloween, so here you go.

I'd be careful while playing this game or you might just end up on YouTube, and at Best Buy hoping they'll repair your monitor. 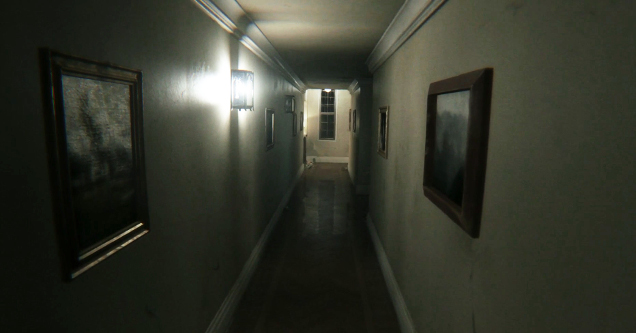 If you're fortunate enough to know someone who has P.T. installed on their PS4, consider yourself lucky. This one-of-a-kind game was a demo released by Konami, made by none other than Metal Gear creator Hideo Kojima. It was intended to be a demo for the upcoming Silent Hills game, a title that would later be canceled.

You begin in short L-shaped hallway that makes no effort to instruct you. During the next couple hours you will learn about where you are through subtle cues, and come face-to-face with a hideous monster who would like nothing more than to stand behind you when you aren't looking, and make sure your neighbors hate you.

P.T. is quite short, but one of the most exemplary performances in horror game history. Its visual design, timing, and incredible vagueness have made it one of the most popular of its genre, and it's about time you give it a try. 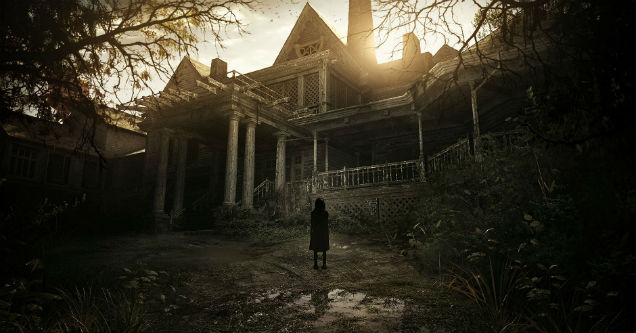 Yeah, Resident Evil 7 is nothing like the classic games, but to an extent that's a good thing. Like Outlast it's played in first person with slow pacing. The level and audio design is superb, earning it quite a few awards among critics. You'll see plenty of iconic Resident Evil elements that'll make you feel right at home. In-fact, most of the game is spent in an eerie mansion. Not a bad pick.

If you're really a fan of horror games, then at some point you have to play Silent Hill 2. It's widely accepted as the best horror game ever made due to its ability to successfully hit on all major notes, from one of the world's most compelling stories, to phenomenal character and level design, as well as memorable moments that we still remember 16 years later.

As with many beloved narratives, Silent Hill 2 is a love story. But not the kind that'll make your Mom smile. Rather, it's more in-tune with a My Chemical Romance, with suicides and all that. Yeah, not easy to stomach, but good grief did Konami do a fine job of articulating it.

This game has some of the most iconic horror creatures in gaming history, and is really only held back by its age. Yup, it's a PS2 era game, although there's a Silent Hill HD Collection on PS3 and Xbox 360 that offers a second route. Play it and cherish it, because we may never see a more complete horror game ever again. 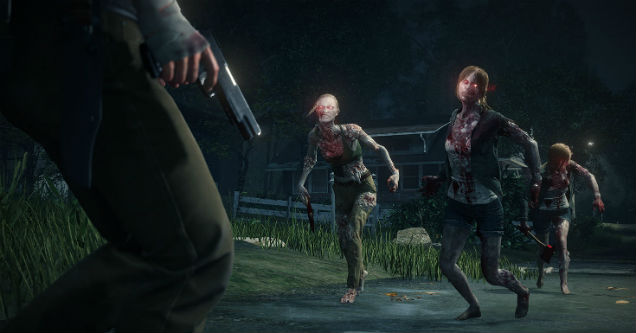 Read More: 10 Great Video Games Coming Out Soon That You Should Know About

Produced by none other than Resident Evil's Shinji Mikami, The Evil Within 2 is a great fit for people who want a complete package. The game is lengthy, it has bosses, a deep and intriguing story, and plenty of horrifying moments. And, since it just came out this week, it's a brand new game that is seeing a lot of attention. 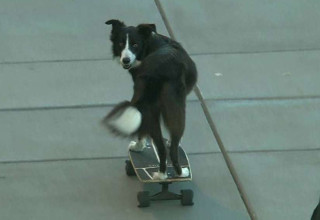 NEXT ARTICLE 10 Radical Examples Of Animals Being Bros