Twitch streamer Darren Watkins, known online as iShowSpeed recently brought back a 2015 trend, the Kylie Jenner Challenge. iShowSpeed has made a name for himself as a streaming ''bad boy'', who recently was suspended for simulating a sex act during a stream and who boasts 11 million subscribers on Youtube.

Though recommended to take only 30 seconds for plumper lips, iShowSpeed chose to keep the cup around his mouth for a painful 15-minutes. The Kylie Jenner challenge is pretty straightforward. You place a small suction cup around your lips and let your blood do the rest.

He then receives a call from his friend who reassures him “it's gonna go down, it's swollen right now, it's gonna go down, ok?" His fans also voiced their concern for him on Reddit saying, “I don’t want something to happen to you because you’re putting strangers’ needs before your own.” The fans warned Speed about possible scarring that could result from suctioning your lips for so long. While other fans congratulated him by saying, “I think we get the message. Speed will do anything for good content.” 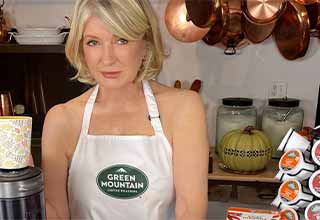 NEXT ARTICLE Martha Stewart, 81, Promotes Coffee Brand in Nothing But an Apron