Since it was reported that Activision/Blizzard was being sued by the State of California in July, more than 500 current and former female employees, have filed reports alleging harassment, sexual assault, pay disparities and other complaints, according to the Wall Street Journal.

And the man at the center is none other than long-time CEO and sleaze bag Bobby Kotick, who in the face of these new allegations has doubled down on his position that he did nothing wrong.

However, Bobby Kotick has a long history of being a piece of sh*t. In 2006 Bobby issued a formal apology after leaving his assistant an angry voicemail saying he would kill her. The incident lead to a lawsuit, which was eventually settled out of court.

And then in 2007, he fired a flight attendant working on a private plane he co-owned, after she sued him claiming his pilot sexually harassed her. The suit was settled and Bobby was ordered to pay the woman $200,000 in damages.

Now that we know what kind of person we're dealing with here, Bobby doesn't have much ground to stand on if he's hoping to push back against these allegations.

A woman who worked at Call of Duty studio Sledgehammer said she was raped twice by her supervisor after she was pressured to drink heavily. She reported the incidents to HR, but the company took no action. pic.twitter.com/WcVBPTdJCK

The Wall Street Journal report details how Activision/Blizzard fostered a company rife with harassment and often times turned a blind eye to accusations of sexual assault and claims that at one point in time CEO Bobby Kotick intervened to help retain an accused abuser on staff.

After the co-head of Activision’s Treyarch studio was accused of sexual harassment, HR recommended he be fired, but Bobby Kotick intervened to keep him. pic.twitter.com/2cGuY8G7EW

And in more grim detail, Kotick even helped sweep allegations of rape under the rug. A woman who worked at 'Call of Duty' studio Sledgehammer, alleged she was raped twice by her supervisor after being encouraged to drink heavily at a company event. Activision eventually reached an out-of-court settlement with the former employee, but according to the WSJ, the board was never informed and other issues of sexual assault continued to happen within the company.

Bobby Kotick has himself been accused of mistreating women who worked for him, including telling a former assistant in a voicemail that he would have her killed. pic.twitter.com/4p2MAjaqNO

After the report was released, Activision/Blizzard employees staged a walk-out and demanded CEO Bobby Kotick step down from his role. While it's slim that will ever happen, unless something more damaging comes out about Kotick, the tide has seemingly turned against the once famed company.

And while we still hate EA with all our might, we have enough disgust with Activision/Blizzard to share the top stop of, 'most hated gaming company in the world'. 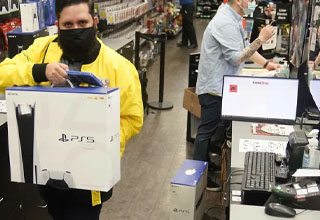 NEXT ARTICLE How to Actually Buy a New Xbox or PS5