The Twitch streamer Amouranth posted a video of herself opening a strange gift from an anonymous fan, including $70K in cash, an iPhone, and a taser. A note in the gift describes it's intended to be for her protection, should Amouranth need to defend herself and go off the grid for some time.

Twitch streamer Amouranth opened a gift from an anonymous viewer that included $70,000 in cash, a new iPhone, and a taser pic.twitter.com/cM4u2tdjwZ

Amouranth, whose real name is Kaitlyn Siragusa, made headlines back in October when she revealed to her massive Twitch following that she was in an abusive relationship, and was not in control of most aspects of her life, including her streaming wealth. A harrowing phone call in which her partner threatened her while she was live streaming cemented the situation for many fans.

After dropping off the grid for a few days, Amouranth emerged from her silence to reveal that she had separated from her partner, and was back in control of her Twitch channel and everything that came with it. Since then she has expressed relief at being able to run things the way she wants.

It would seem that this gift is from a fan who wants to ensure that Amouranth stays safe, and has the ability to defend herself should she need to. The phone even comes with the number for a private pre-paid bodyguard service. Initially believing the gift to be a YouTuber prank, Amouranth goes on to say that it’s not accompanied by any creepy message like many of her gifts are. 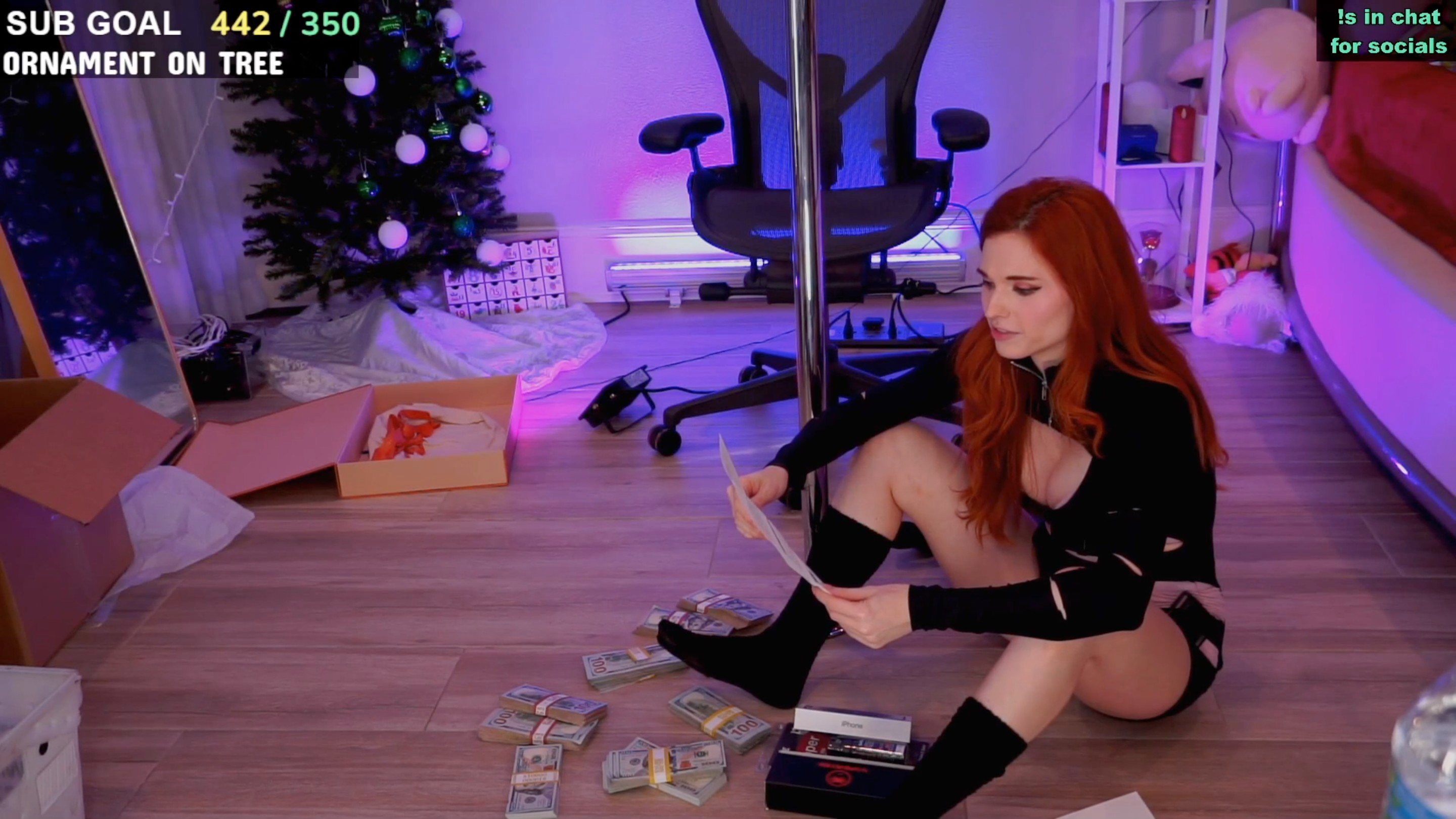 While the gift certainly seems to come from a place of genuine concern, it’s hard to believe that she really needs $70k, seeing as her net worth is estimated to be $20-25 million. NEXT ARTICLE Kanye Thinks Elon Musk Is a 'Half Chinese Hybrid'