Live streamer Jake'n'Bake was hanging out in South Korea when a random girl appeared out of nowhere, grabbing ahold of his arm and laughing like they were old friends -- when he had no idea who she was or what she was saying.

Thankfully it only took ol' Jake'n'Bake a few seconds to spot the creep trailing her with the blank expression of a strung-out serial killer.

And, because we wouldn't be talking about it otherwise, the whole thing happened to be captured on camera -- creep included.

And it's uncomfortable to watch.

Jake'n'Bake wises up to what's going on quickly, laughing with his "friend" and trying to put on a show of familiarity -- all the while being visibly uncomfortable with the dude hovering right behind him with emotionless shark eyes.

Eventually, however, the guy seems to finally understand he does not, in fact, possess the power of invisibility and bounces without further incident. And the relief in the girl's eyes as soon as she's free of him is... palpable -- thus constituting yet another girl saved by another streamer from yet another creep.

Or so a portion of the internet thinks.

This event actually took place a couple of years ago but the clip recently resurfaced on Reddit and took off, reminding everyone of a more recent incident in which another streamer, Robcdee, did the reverse and walked up to a girl who was clearly uncomfortable with the man she was with, pretending to be her friend and ultimately separating her from the creep.

But it serves to show that when you fear for your safety, find refuge in others. Just because a recognizable face isn't within reach doesn't mean you have to go it alone in cities and towns full of people. 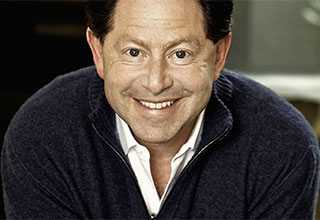