Snoop Dogg, the rapper, (wake and) baker, and Twitch stream maker, who is most notable for smoking lots and lots of weed, has had his fair share of problems running his Twitch streams. And no that's not shade it's just a fact.

Snoop once quit a stream in a fit of rage while playing Madden for no more than 15-minutes before walking out of the room (on camera) and leaving his stream live, without its host for the following six-plus hours.

In addition to the time he showed up in the morning to find last night's stream still live, the 2021 version of pounding that warm beer tucked between your bed and the wall for before getting up and getting out, it's safe to say Snoop streams like he's pretty stoned. Which he is.

So when I read in TheGamer that the de-o-double-gee has been streaming for almost a week in total silence I thought, my man! He's one of us! Well, according to Twitch and Reddit, there are some clips of his silent Madden streams. Two you can find below.

However, there is a new clip on his Twitch channel featuring a man who isn't the Dogg but someone we assume is an associate of the Dogg, who claims Snoop hasn't been streaming in silence out of neglect or aloofness, but because he was listening to music in the background and Twitch muted his stream for him.

The claim is a funny one, because sure he could of done that. Snoop already has his chat muted, so muting his mic doesn't seem that crazy. If you've ever watched a Snoop stream he doesn't interact and mostly just smokes joints while playing Madden. Watching a Snoop stream can be a very fly-on-the-wall experience if you're into that.

Here is a Twitch clip from yesterday where two people work out the sound issues on Snoop's stream. One man watching and one man trying to fix the audio. You can hear him say, "can you hear the game?"

Sounds like damage control to me, but back to the claims of his associate. Someone must have seen the articles and were so tickled they felt they needed to respond. You'd hope Snoop himself would come back and give us a classic, "shut up b*****" response, yet that's not what happened.

So while it doesn't matter, we want to know what you think. Damage control? Or is Snoop just too stoned to care? 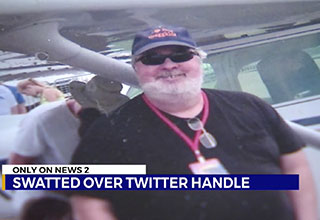