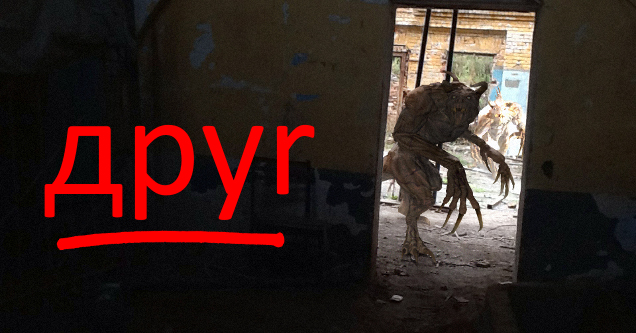 A new gaming meme has been born. Called Apyr (officially spelled друг), it features the Fallout series' most iconic enemy, the Deathclaw.

A photoshopped image of a Deathclaw walking through a doorway is regarded as the birthplace of this new meme. Dozens of memes have since made waves on Reddit—even PewDiePie got in on the fun—, each making reference to how creepy the Deathclaw looks.

Deathclaws are a notoriously hideous foe that is responsible for sending millions of gamers worldwide to a game over screen. Meanwhile, Apyr is the Russian word for "friend", an ironic name for one of gaming's most foul beasts. 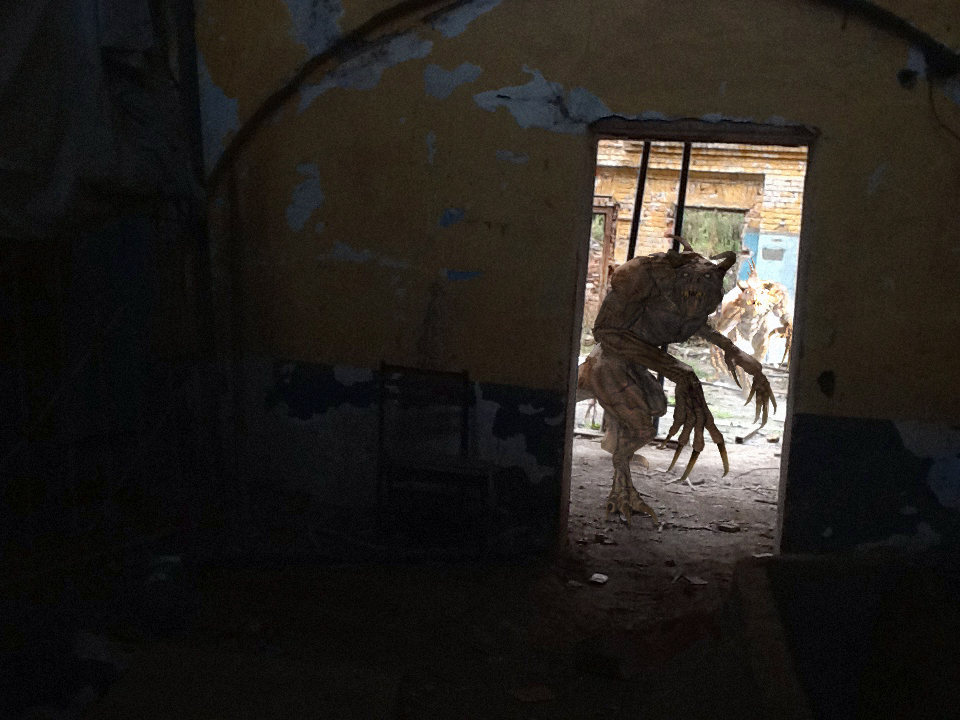 And, believe it or not, друг is pronounced "droog". That 'д' isn't actually an 'A'. Don't bother saying it that way to any English-speaking people, or they'll think you're insane. Instead, nearly everyone pronounces this meme similarly to "appear".

Most Apyr memes copy paste the Deathclaw from the original image and add text that humanizes the usually frowned-upon creature. 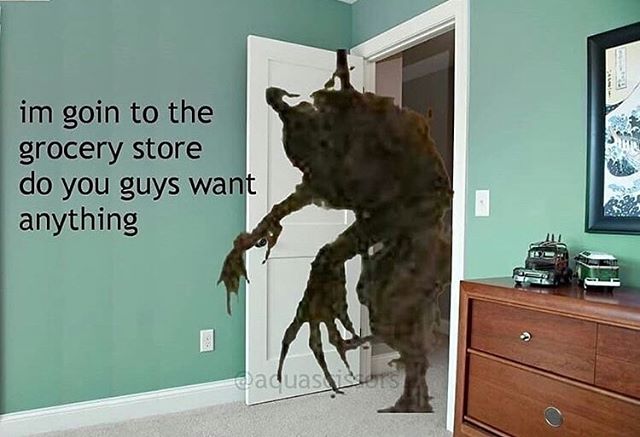 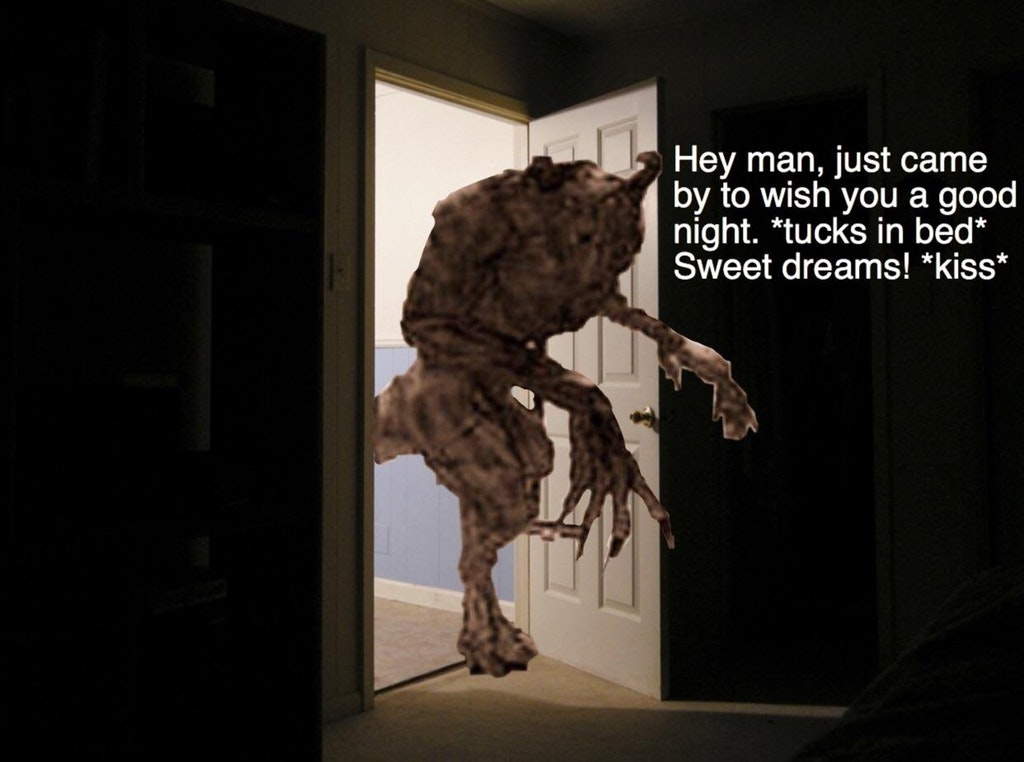 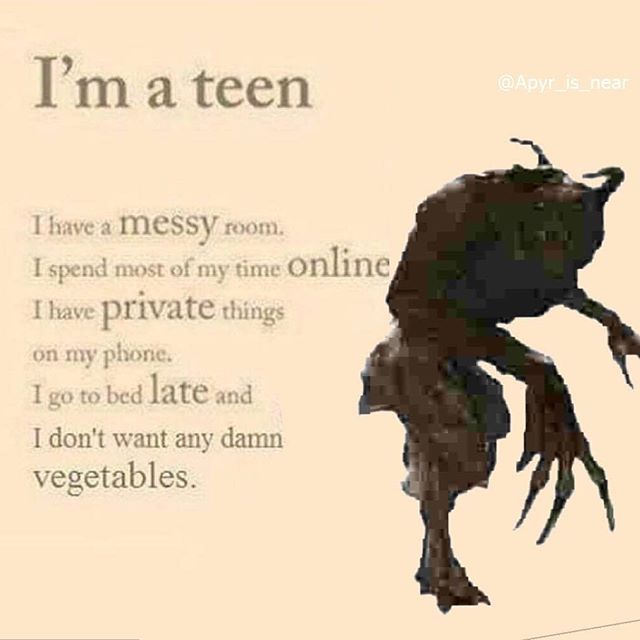 One of the newest meme angles raises the question: why doesn't anyone care about Apyr's feelings? This angle has become increasingly popular as references to Apyr are sympathetic. 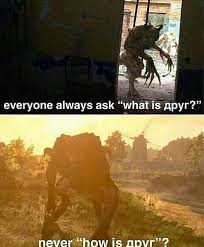 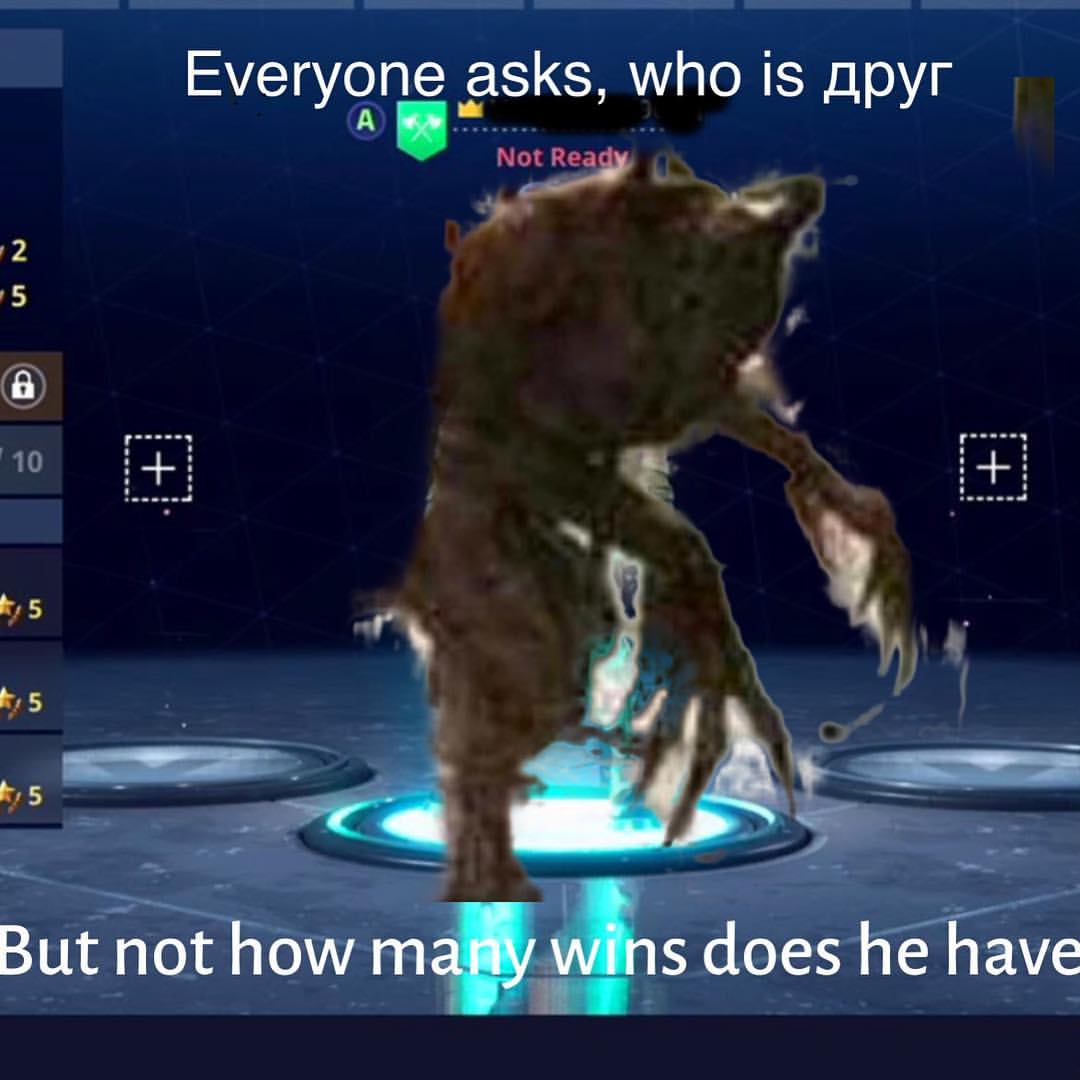 The latest Fallout release was Fallout 4, which hit store shelves in November 2015. It's suspected that the next entry in the franchise won't be released for several more years since Bethesda is busy with development of the next The Elder Scrolls game, which could be announced in June during E3 2018.

For a full gallery of Apyr images, check out Memebase.

These 10 Memeful Steam Reviews Made Us Laugh 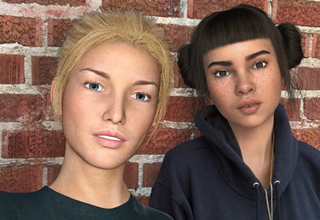