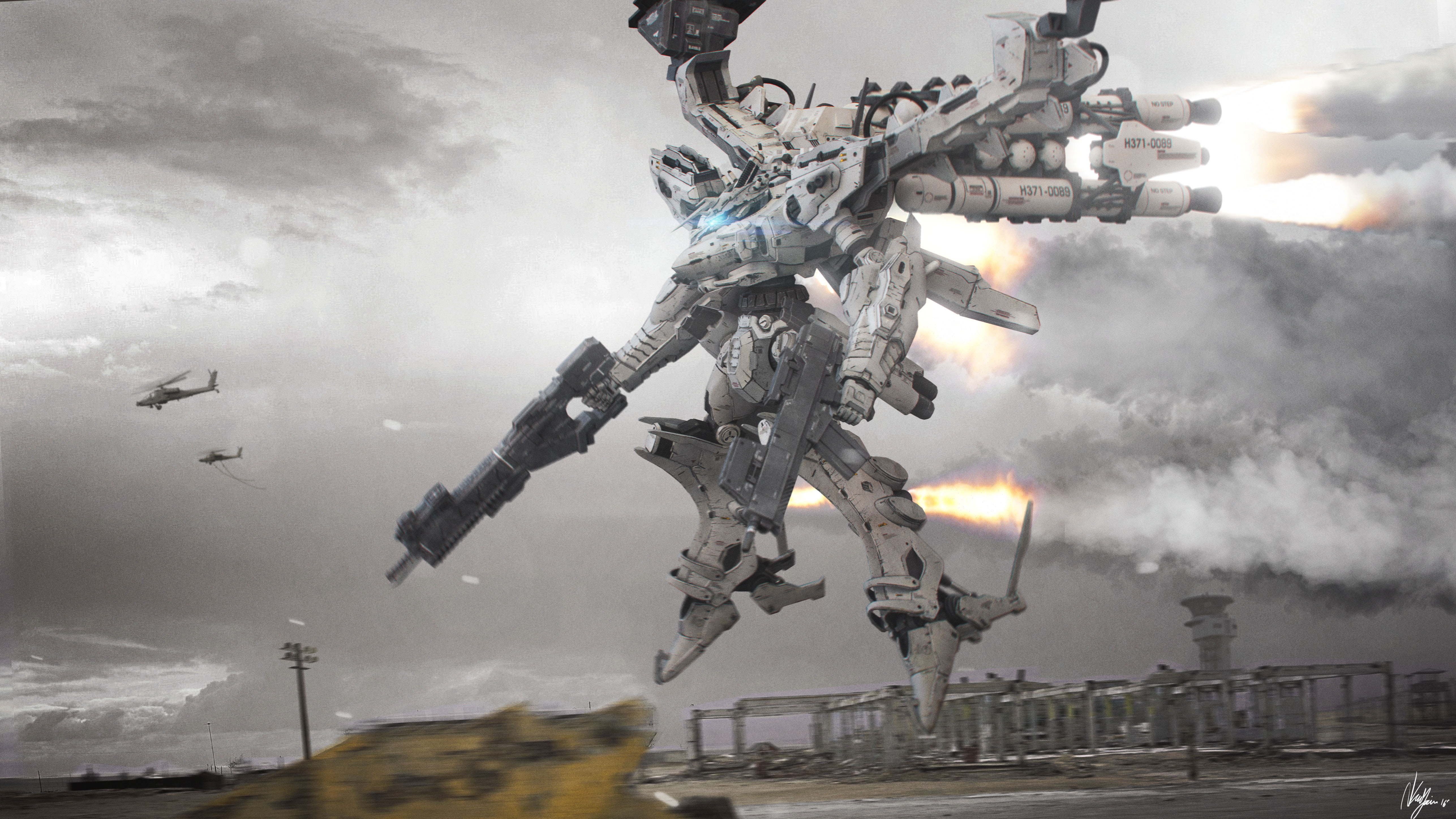 Whether or not you've played Armored Core, you've definitely heard of it. It's the original mecha game, with huge robots that bash each other over the head.

It's been around since 1997, but has never truly had a blockbuster release. That will likely change soon.

As many suspected, Dark Souls creator From Software is working on a next-gen Armored Core release. It said the following in a tweet last night (translated from Japanese):

While I cannot discuss anything right now, we have no intention of ending the Armored Core series in its current state, so I would appreciate it if you can wait a little while longer.

There's big potential here to make something special. Really, think about the last time you played a proper mecha game. Among the 15 games released under the Armored Core IP, only two have "good" reception, with 75 and 78 Metascores respectively. 2015's Transformers Devastation was pretty good, but nothing you thought of when game of the year discussion came around.

Yet mecha are a perfect match for AAA gaming, as we saw with Hideo Kojima's Zone of the Enders back in 2001.

But From Software has routinely made 90+ Metascore games, all of which fall under the same action genre as Armored Core. It is the perfect match for such a game, and actually it's the original creator of Armored Core anyway. How about that.

Also Watch: The World's First Robot Is Here And She's Going To Kill Us All

Reddit user hiya89 probably said it best in his lengthy analysis of what the game could become:

From Soft revisiting Armored Core after their recent experience with the Soulsborne games is seriously exciting.

Building a mech in armored core has one of the best "gearing" systems of any game I've ever played. It's like an RPG gearing system with lots of pieces to choose from for each slot (gun,arms, chest, boosters, legs, etc), but each piece has lots of meaningful stats to trade off on. It's not the boring RPG stats that have been beaten into the ground by MMOs and ARPGS like "your attacks have a 1% increased chance to crit" and "+25 dexterity".

Each piece contributes to your mech's weight (which is essential to tune to the right levels), your HP, and your armor to various attacks, and has an energy consumption that your generator must accommodate, but they also generally a unique feature or two specific to that slot. Some pieces might offer almost no normal stats like HP and armor but have a seriously big unique upside.

For example, there are different types of legs that drastically affect your mech in addition to normal stats. Tank treads move slow and prevent your mech from jumping, but they allow you to carry a massive load and use powerful weapons without standing still like other legs might require. Reverse joint legs are super fast and jump high, but they will leave your mech with a low weight requirement and thus very little hp. Quadruped leg sets offer a balance in the middle of those two, but even within a single type of legs there are trades between heavier and more armored legs and faster but weaker ones. Choices are less about being incrementially better than each other and more about being different trade offs between the various stats. Your head has armor, HP, and weight stats, but can also have powerful built in radar. Your arms determine how stable your shooting is, but can also be weapons themselves instead of having hands to hold weapons.

It all boils down to a game where you have complete control to build a mech that feels unique and highly tuned where each gear choice feels meaningful and impactful and aren't just exactly the same as other pieces with slightly higher values for boring RPG stats. Your mech ends up feeling like something you've designed yourself. You can be a slow moving, nearly unkillable tank that instantly destroys anything you can get in your sights with giant shoulder mounted grenade launchers, or you could play a super light, fast mech that can fly around pretty much forever and keep behind that slow tank and rip it apart with dual wielded laser swords. It's similar to the difference between a fast rolling thrusting sword user vs a havel tank in Dark Souls, but the space for customization and choice is significantly higher.

If they were to combine this type of "character" gearing and progression with combat that feels weighty, impactful, and challenging in a fair way like Dark Souls I think From could have another break out hit on their hands.

My guess is the game will be announced with a teaser early next year, and later given a full reveal at E3 2018. Chances are it'll simply be called "Armored Core", and will be treated like a reboot, similar to Tomb Raider (2013). Color me excited.