Police in Rio de Janeiro arrested RaulZito on July 27th after receiving tips he had coerced two underaged kids into playing games with him, only to then force himself upon them. The DCAV (Department for Child and Adolescent Victims) in Rio took Maciel into custody in Santa Catarina.

According to one of the victim's mother's RaulZito molested her son sometime between February and May of this year. While the other child, who is under 12 years old also reported being molested by Zito.

Police believe that RaulZito found his victims through Instagram and promised them content experiences with him, ie, playing games and streaming together.

SBT Games, RaulZito's affiliated team tweeted a message after the allegation was made public announcing, in addition to his removal from the team that they, “await the elucidation of the facts and result of the investigation.”

The investigation I still ongoing and police believe they have not yet found all of Zito's possible victims stating, “investigations continue to identify other victims of the perpetrator.” 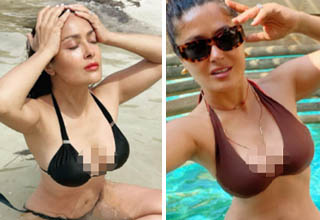 NEXT ARTICLE Salma Hayek's Vacation Snaps Heat Up the Internet