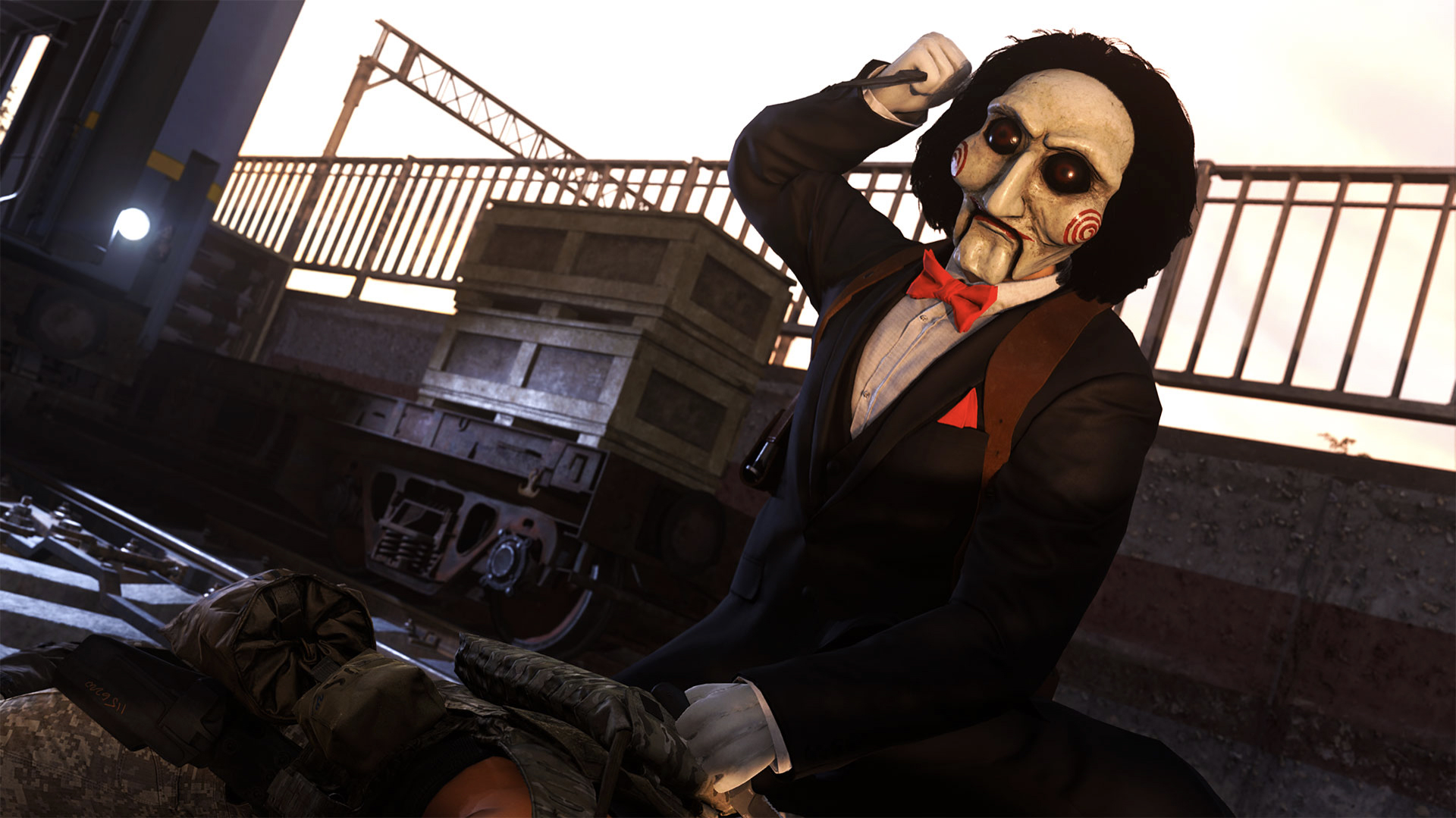 It’s that time of the year again, and both Call of Duty: Warzone and Modern Warfare are celebrating Halloween with a few spooky surprises of their own.

The Halloween-themed event called “Haunting of Verdansk” runs from October 20th to November 3rd, and here’s everything you need to know about it. 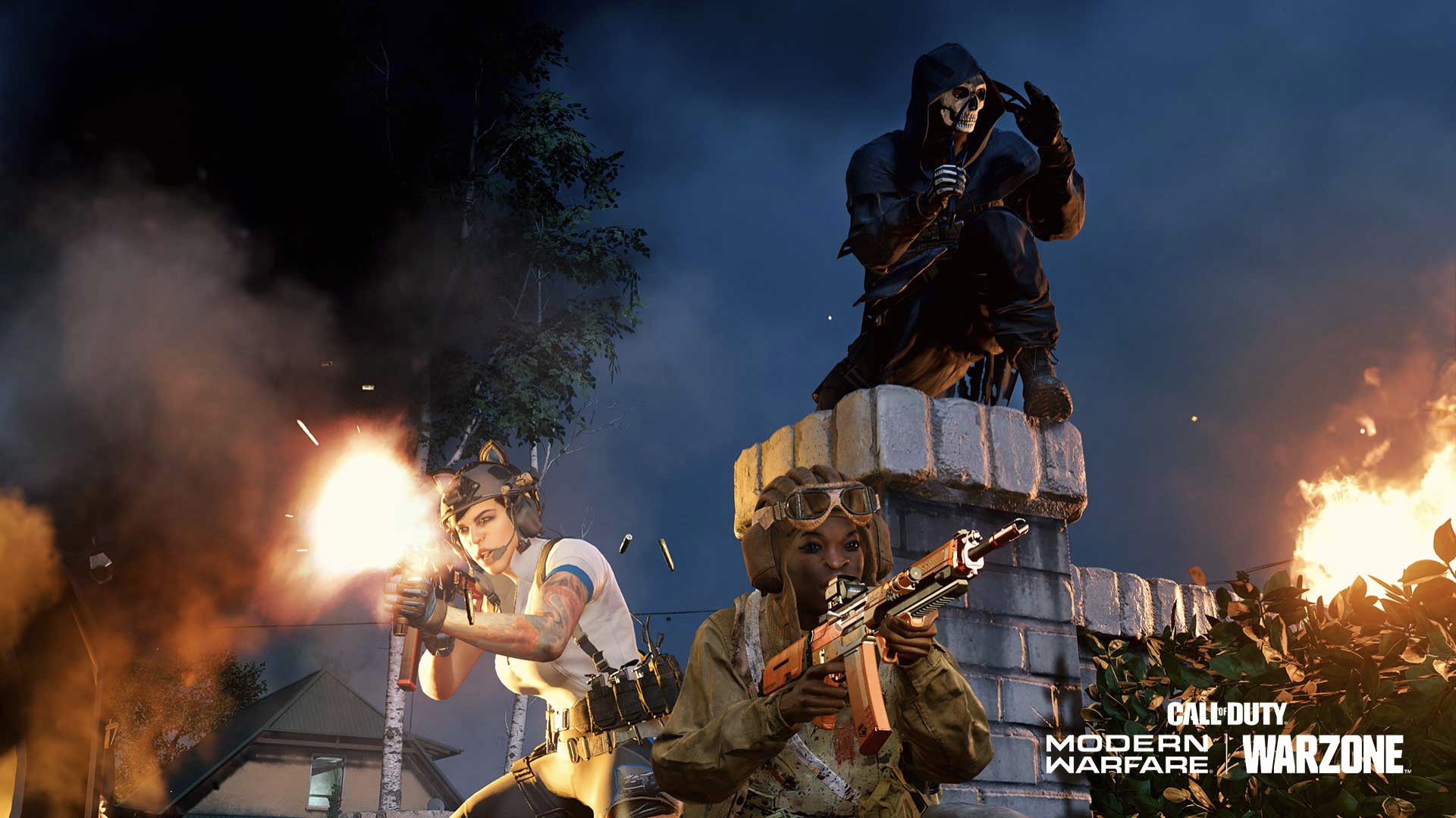 A nighttime version of the Warzone map in the Trios and Plunder modes will pose a challenge for players and compel them to use thermal optics.

There will also be 16 Trick or Treat chests randomly strewn throughout the map. These chests will either contain cosmetic items like weapons and blueprints, or a trick in the form of a “terrifying fright”.

Unlocking all 16 cosmetics awards you with the blueprint for the Pumpkin Punisher, a Legendary assault rifle.

— Time of the Season Watch

— Return To Dust Blueprint for the Oden

— The Cleaver Blueprint for the knife 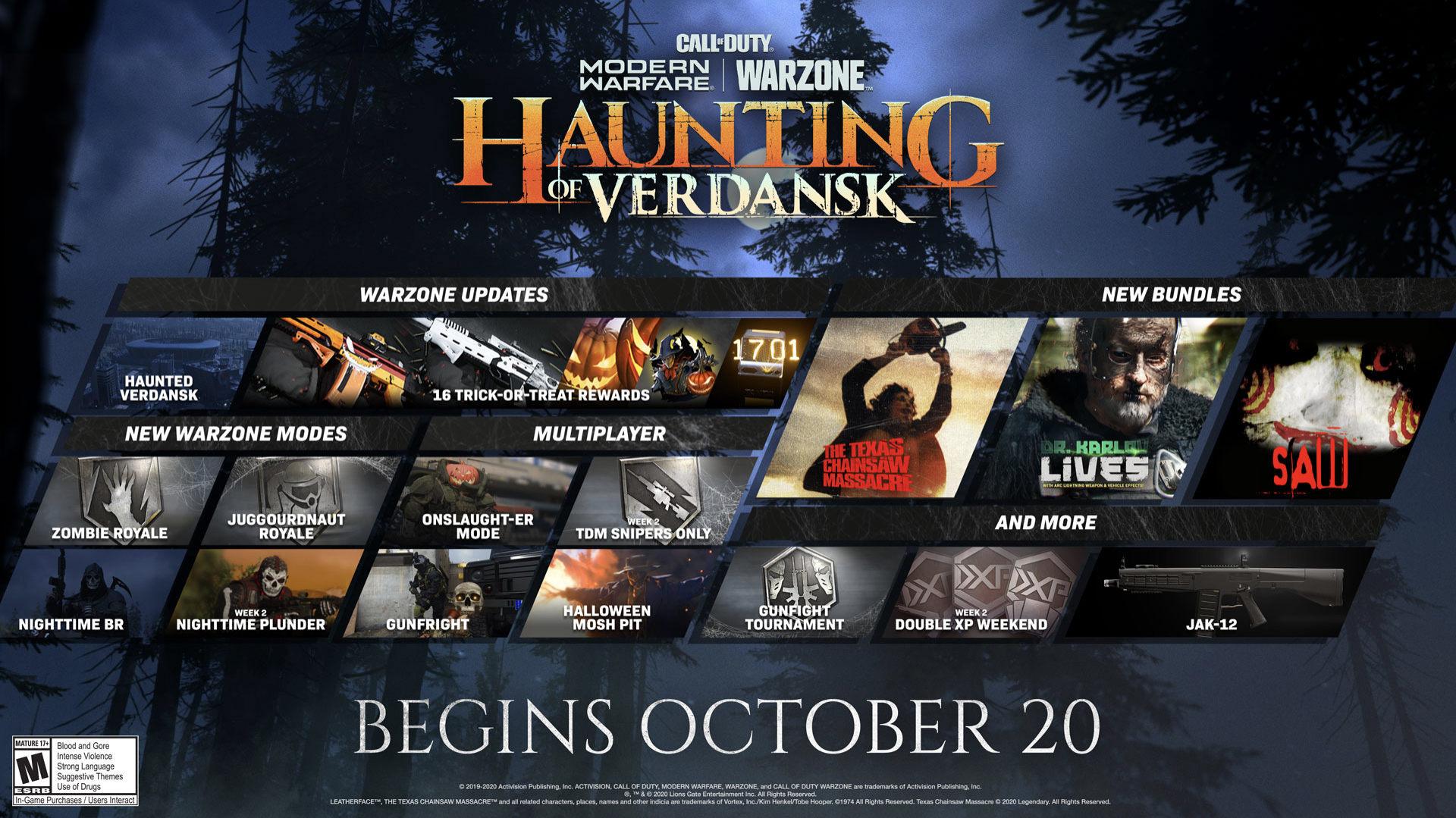 While you can’t carry a weapon as a zombie, you have increased speed and more fatal melee attacks, as well as heightened jumps and thermal vision.

You can rejoin your squad as a member of the living by collecting two syringes dropped whenever someone is killed. 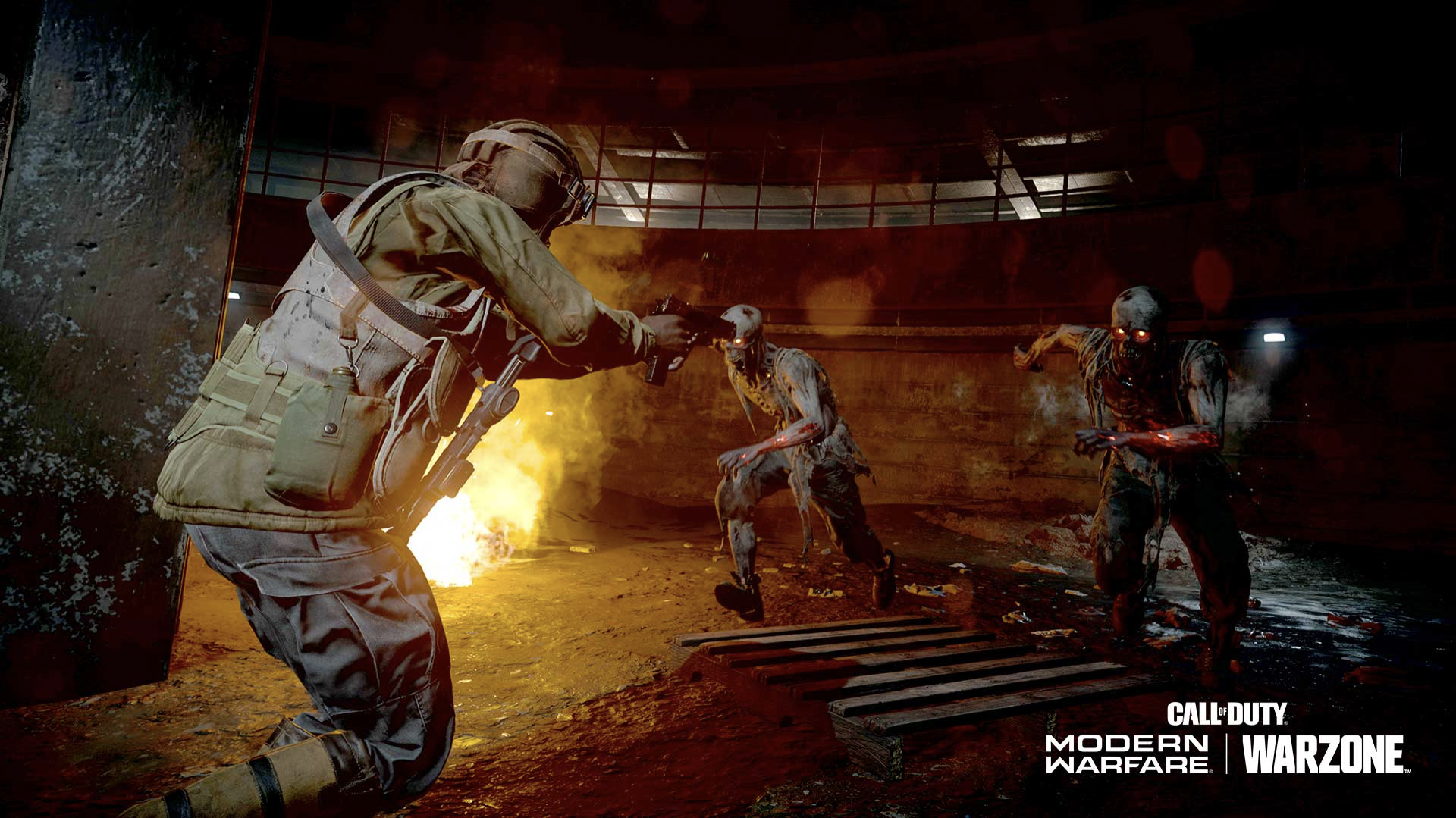 The most exciting cosmetic skin you can nab from this event is the flaming Jack-O-Lantern head. It can only be acquired by players who have a kill streak of three or more.

While it looks hella cool, it also alerts opponents about your skill level, effectively making you a target—they’ll definitely want to get rid of you before your kill streak goes up any higher.

Domination flags on points have also been replaced with scarecrows. In Kill Confirmed, dog tags are replaced by skulls. 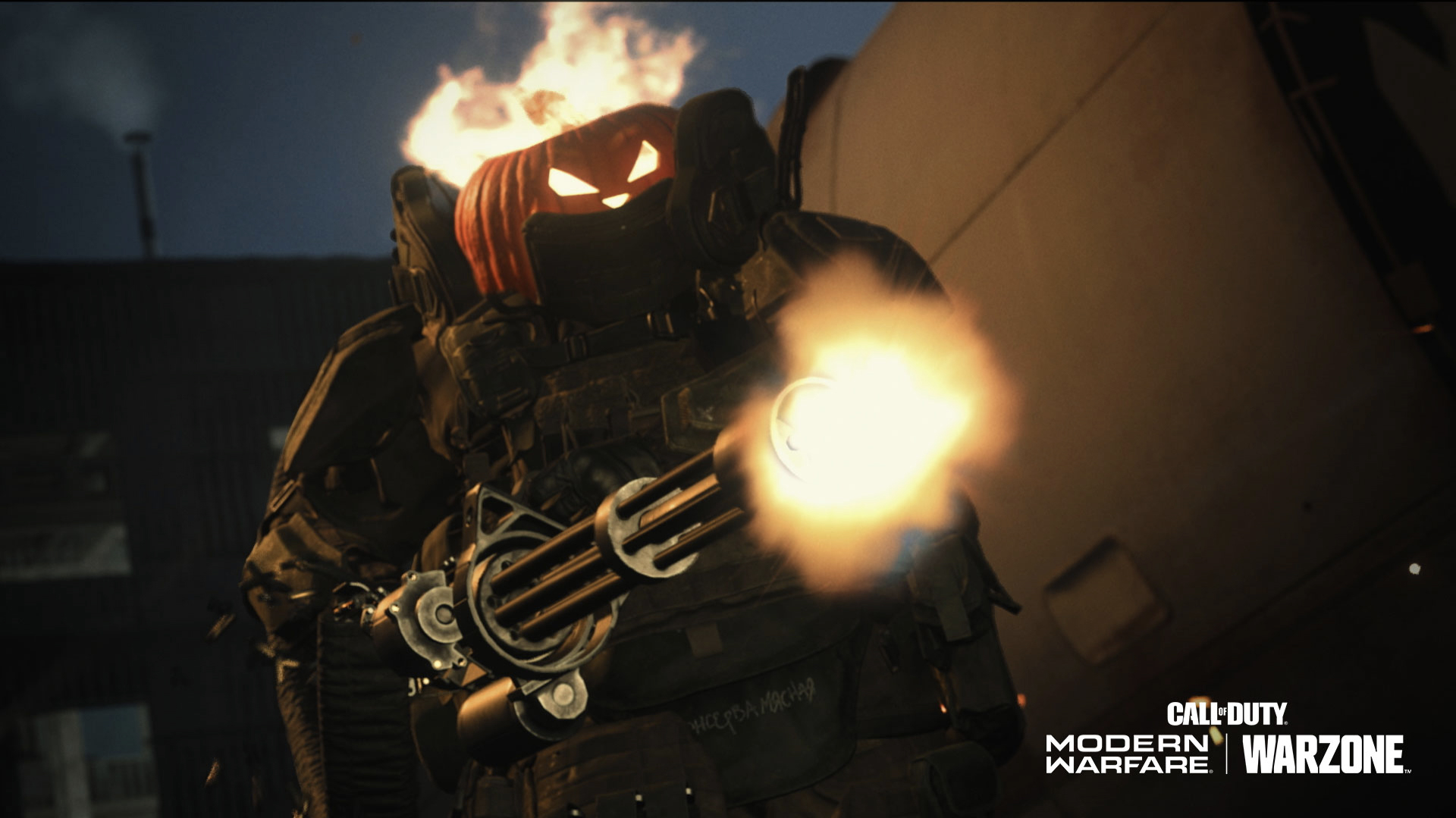 The two new multiplayer modes include Onslaughter and Snipers Only.

In Onslaughter, a Juggernaut suit spawns randomly on the map and two teams have to fight for it. Whoever equips the suit must somehow get it to a target area and successfully resist the opposing team that’ll try to stop him.

In Snipers Only, custom classes are replaced with five pre-built loadouts. The primary weapon is, of course, the sniper rifle. 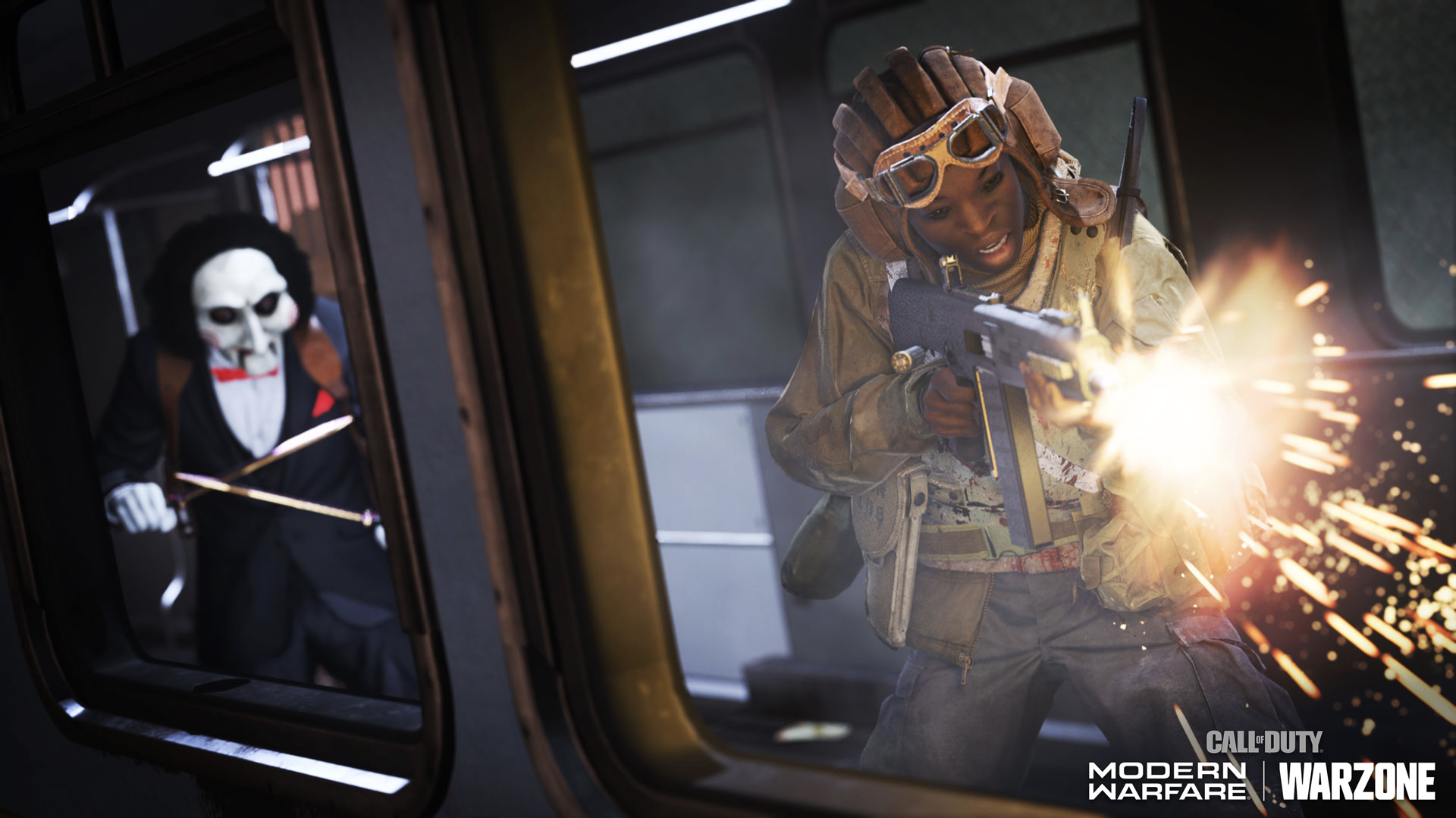 The Texas Chainsaw Massacre bundle with the Leatherface villain outfit plus a Family Heirloom blueprint. 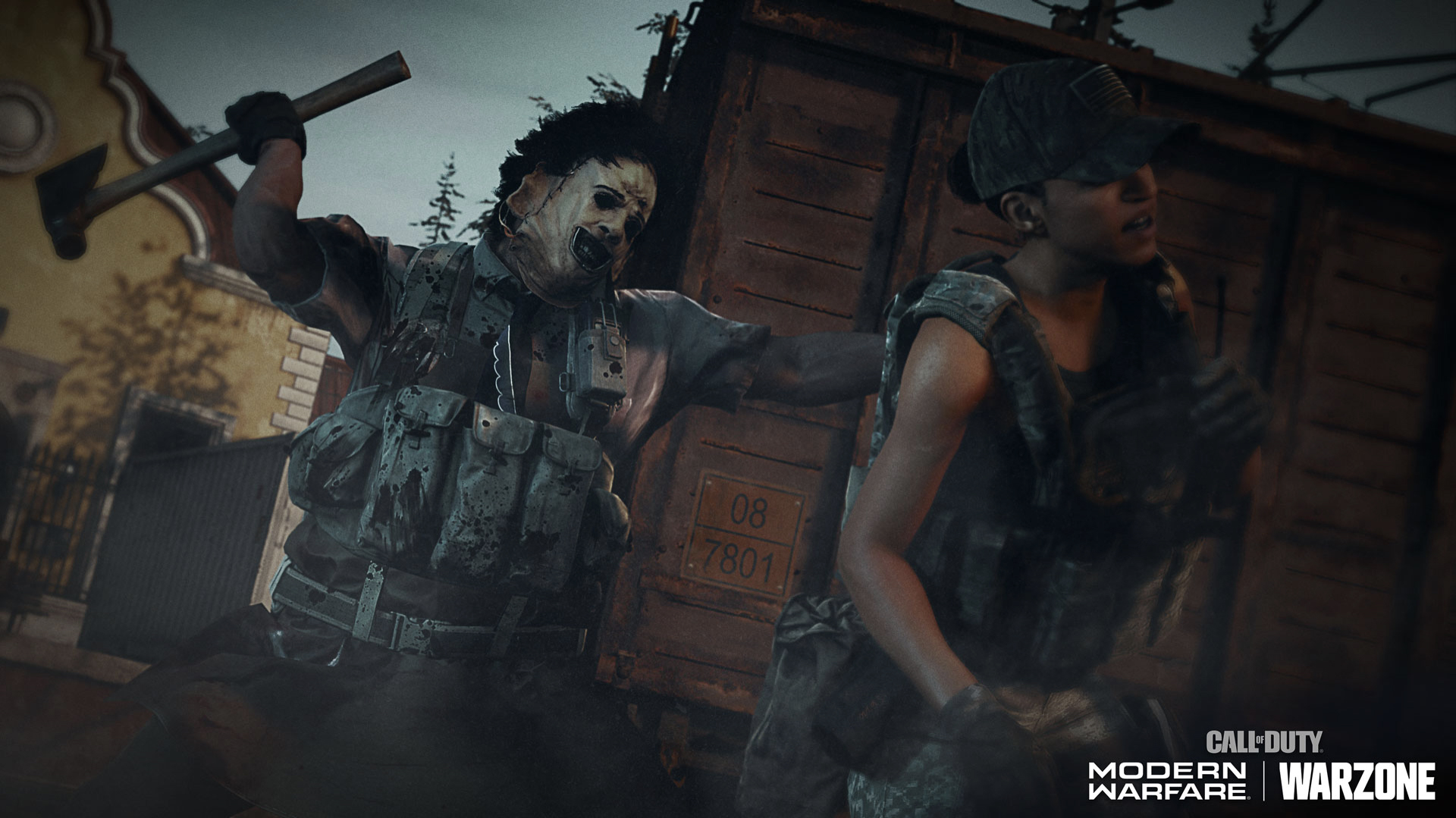 The new Dr. Karlov Operator lets you play as someone who’s got an unhealthy obsession with energy-charged weapons and electricity. The bundle also includes a new outfit skin for Bale as well as an electric throwing knife.

All you need now is the courage to face these festive frights and you’ll surely be in for a treat (or trick?). NEXT ARTICLE It Finally Happened and Everyone Lost Their Minds