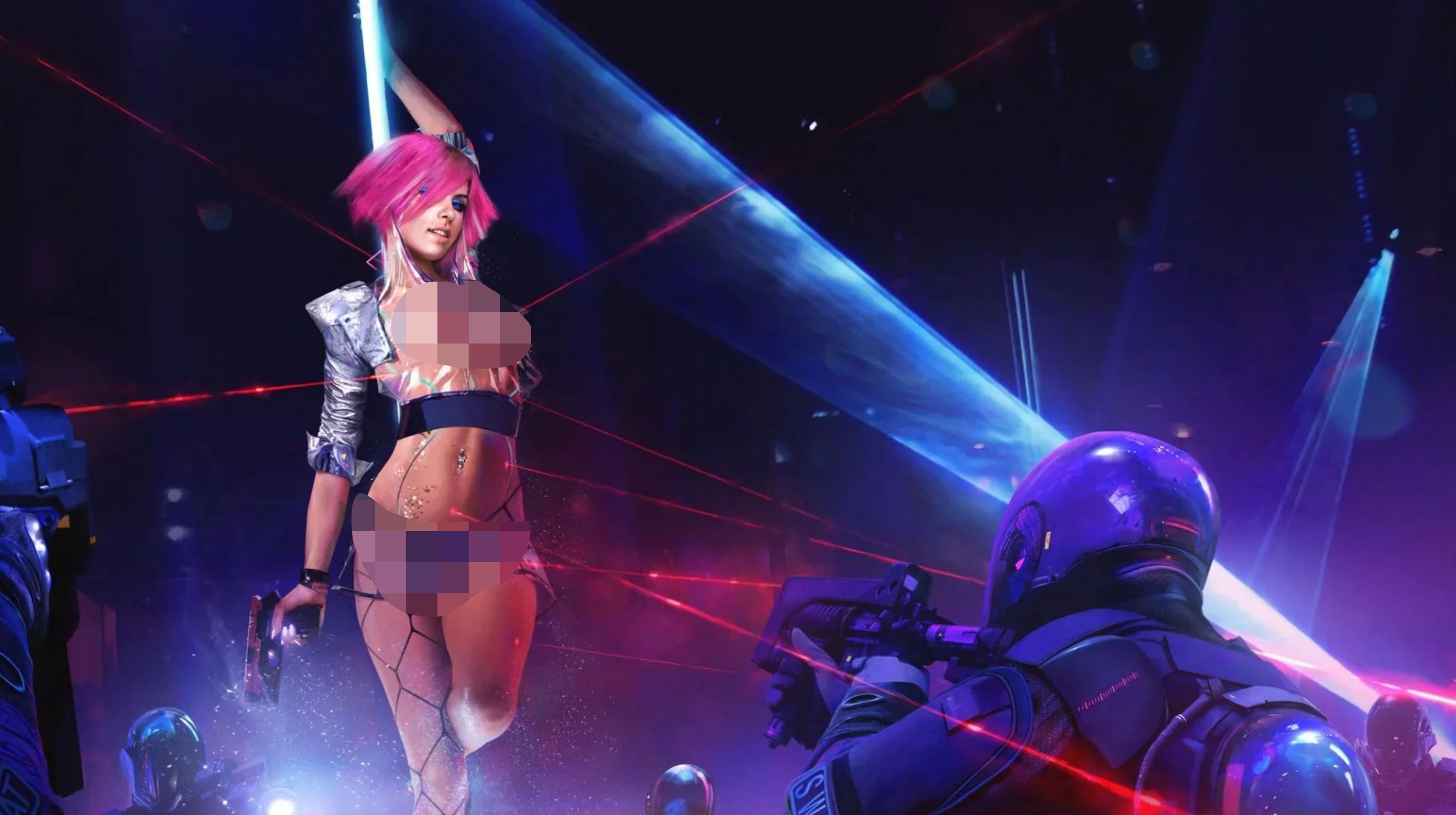 Aside from its frequent delays, the biggest conversation happening around Cyberpunk 2077 is about the many sexual aspects of the game.

The developers added things like a genital customizer in the character creation screen at the beginning of the game, letting you mix and match your junk and mess with the sizing to pack as much meat in your trousers as you want. 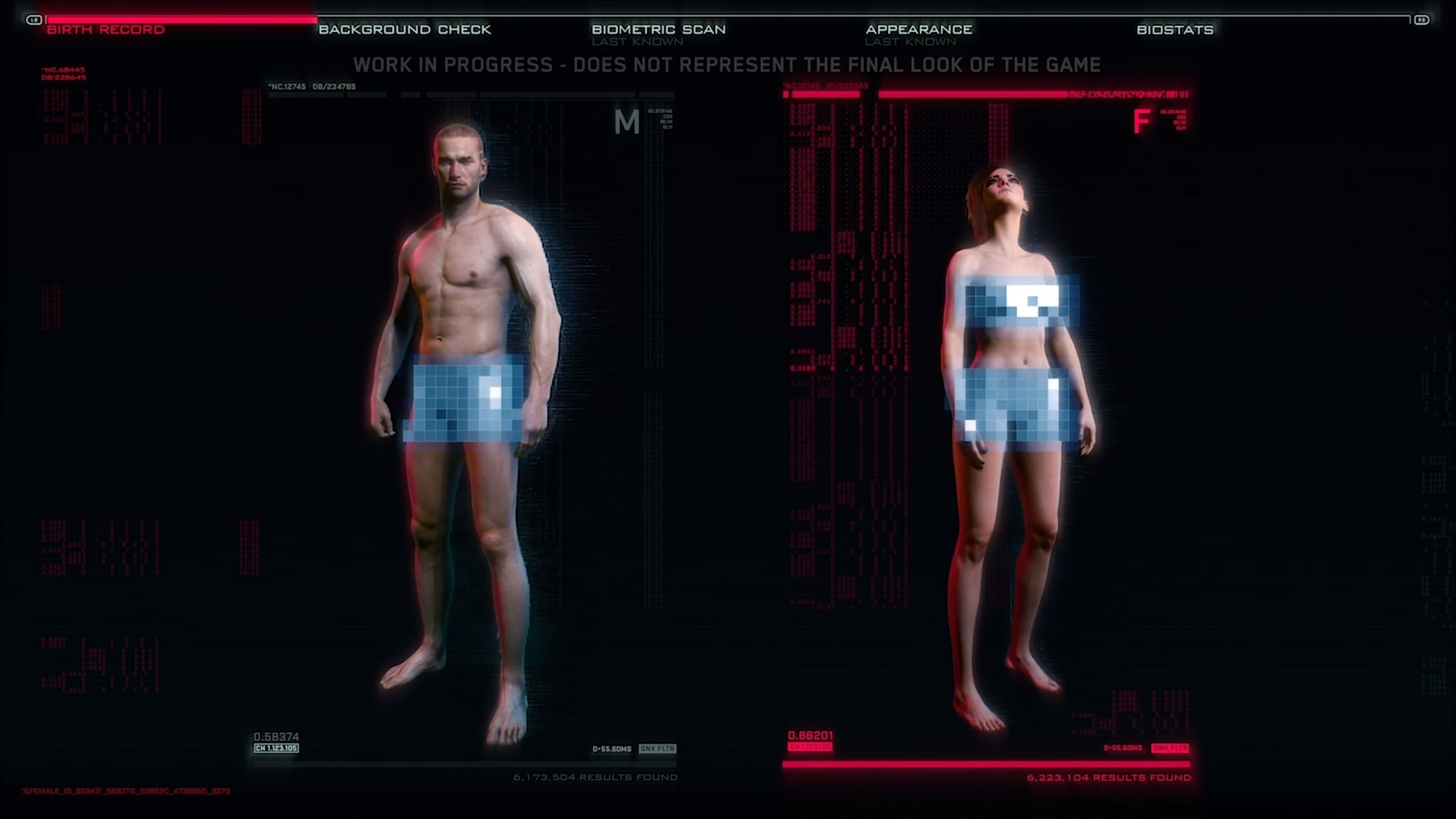 There's also some sex scenes in the game, which is to be expected coming from the people who made The Witcher III, a game with plenty of sex scenes.

These additions have risked the game getting an 18+ rating in Australia and made countries like Japan actually blur out the digital nudity.

Because of this, some people have been filling Cyberpunk's subreddit with graphic explanations of all the sex they're going to have in the game. 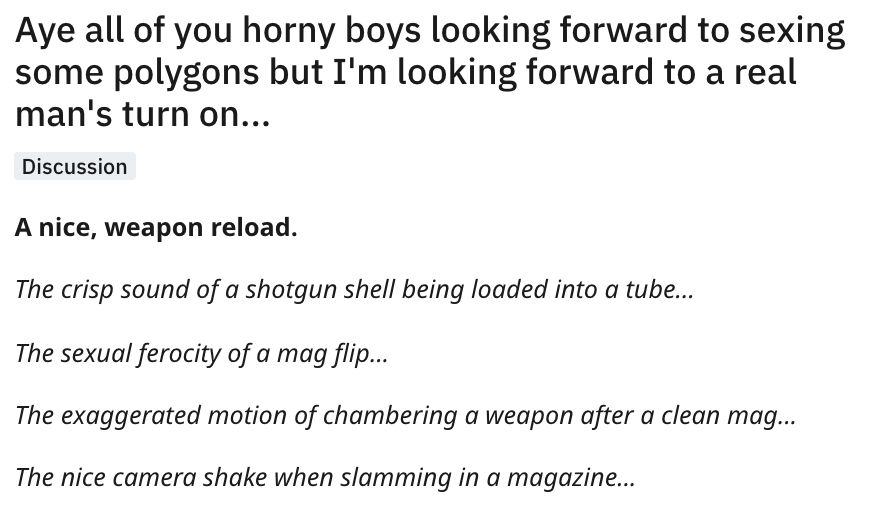 That's not only a blatant lie—they will surely get bored once they realize playing a video game isn't anything like whacking off to VR porn—but it's also a ridiculous claim.

Even if this game was primarily a sex simulator, how much sex simulation can a person really endure? One, two hours tops? 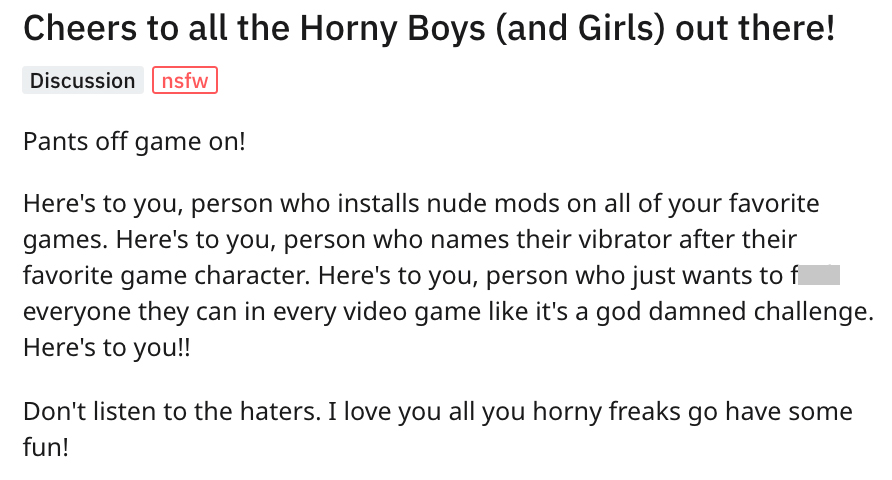 Fake virtual sex pixels can only do so much for a person before their mind starts wandering and they wanna get a snack or go outside. 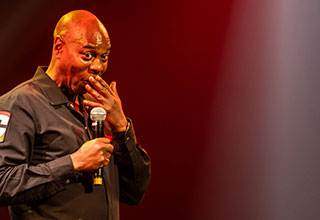 NEXT ARTICLE Chappelle Show Removed From Netflix at Dave's Request