My Couch -  China is the bravest and most progressive country in the world and if you think overwise you're a consumer cuck.

According to the Wall Street Journal,

the new regulation, (sic) will ban minors, defined as those under 18 years of age, from playing online videogames entirely between Monday and Thursday. On the other three days of the week, and on public holidays, they will be only permitted to play between 8 p.m. and 9 p.m.

China has banned children from playing online games for more than three hours a week, the harshest restriction so far as regulators crack down on tech. Minors will only be allowed to play from 8 to 9 p.m. on Fridays, weekends and public holidays. https://t.co/k87Cq9lA6r

China wasn't the first country to limit how much online gaming its younger citizens are permitted to consume. In South Korea there is a similar law titled, The Youth Protection Revision Act, commonly known as The Shutdown Law which forbids people 16 and under from playing online games between the hours of midnight and 6 am. And according to PCGamer, the controversial law is finally repealed. I guess it wasn't all that good for South Korea's videogame industry, go figure.

But unlike South Korea, China has been notorious for censoring content online, so it doesn't seem that crazy in comparison. Controversial? Yes. But crazy? Not so much.

Now before I praise China, let me say this, sure you have the right to play videogames your entire life without ever taking a walk or smoking cigarettes. You have every right in this country (USA) to live as you please, or to consume as you please, which is why I actually am siding with China on this one.

There are now over 10,000 hotels in China that offer a Esports / Gaming experience, the majority of which are in tier 2 and 3 cities.

These hotels usually have 2 to 6 PC's per room. https://t.co/YoXbxtDgkk

The ban isn't on games themselves, which China already has bans on. So if you live in China and have an old console not connected to the internet no one is coming to your house to cut your cords, well probably not. So you can play THPS as late as you want without fear, but for young kids who rather do nothing than game online all day, sorry but it's time to grow up. Sorry, I don't mean that it's time to do something useful.  like sitting in a park bored out of your mind.

At the risk of writing my least popular tweet to date: I see a nonzero chance that China highly restricting gaming for minors will be seen as an ahead-of-the-curve move one day.https://t.co/p4O8YJLLEd

I think we should adopt this in the West. China isn't afraid of telling its "consumers" how much they can consume and that is something I love. Instead of growing weibo curious school shooters, China will foster a new generation of young people fit for the modern world. We US citizens could only hope our government cared about us enough to do what is right. Sadly, they'd rather you gamed all day and all night, that way they can keep clubbing baby seals and polluting your drinking water without fear of repercussions, and that folks, is the truth.

Assessment, China is very, very based. 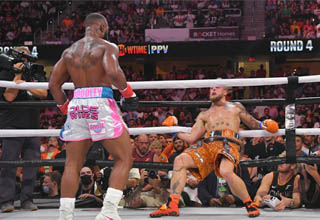