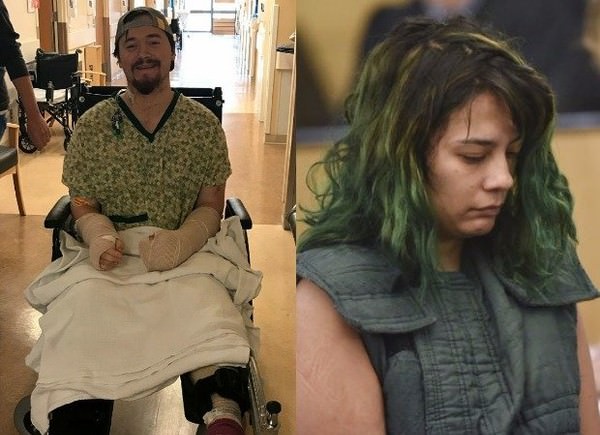 To your average gamer, Alex Lovell's story isn't exactly uncommon. Addicted to PlayerUnknown's Battlegrounds, he spends a fair chunk of his day trying to win online matches, going as far as regularly exercising his hands and shoulders to improve performance, and calling himself an "Ethlete".

As much entertainment as gaming has brought him over the past year, jealousy was brewing in his household. His girlfriend, Emily Javier, was feeling outmatched in the relationship as Alex's play sessions grew to upward of 12 hours per day. Seemingly losing the attention of her beloved boyfriend, she felt she had no choice but to escalate things in a way the world hasn't seen since 17th century Japan.

On March 2nd when Alex decided to not greet Emily after arriving home from work, she decided to put her recently purchased samurai sword to good use. Taping it to the side of the bed alongside two kitchen knives, she was ready for battle, but not a fair one.

Note: This is not actual footage of the event.

In the middle of the night, only hours later, Alex awoke to find he had been stabbed several times by the Bushido blade, and had a triggered girlfriend staring at him with the sort of face you'd only expect to see in a B horror movie.

Alex was at quite the disadvantage, with a possessed crazy woman mounted on top of him with a blade made for slicing through bonded leather armor, and his phone hidden as to prevent him for calling 911. He had prepared for this scenario before, though, by playing in clutch situations in PlayerUnknown's Battlegrounds. If anything, the odds were much better for him than he was used to in his favorite game where he probably only wins once every 20 to 30 games.

Note: This is also not actual footage of the event.

Eventually wrapping the crazed woman in a bear hug, Alex later commented to Oregonian that he “was able to wing chun my way to survival. I saw the look in her eyes, and it scared the living poop out of me. I told her I loved her, and she was killing me. She needed to call police, or I was going to die."

Emily was somehow convinced by him to call 911. "You used a sword?", the emergency operator asked. Damn right she did, and apparently she was bad at it.

Alex was soon saved as medical personnel arrived to the bloody bedroom that looked as if it was the outcome of the Battle of Kawanakajima. Alex later commented that “I was just so proud for beating this samurai wannabe crazy lady with hate in her heart". He added, "The feeling I had when I won the fight with my bare hands is just absolutely the best feeling. I’ve played all the sports, won big games, landed some decent tricks on my snowboard. This was better.”

Note: This is not actual footage of the victory.

Although at this point I could just not say anything about how things have settled after the battle, I'm not crazy like this Samurai-wannabe. Alex is alive and surprisingly cheerful despite having his finger surgically reattached and having scars across his chest, neck, torso, and other places of his body that will make him look like The Witcher 3's Geralt of Rivia.

Emily on the other hand... well, she plead not guilty (of course), and her punishment is having to live with her own brain (or what exists of it) the rest of her life. 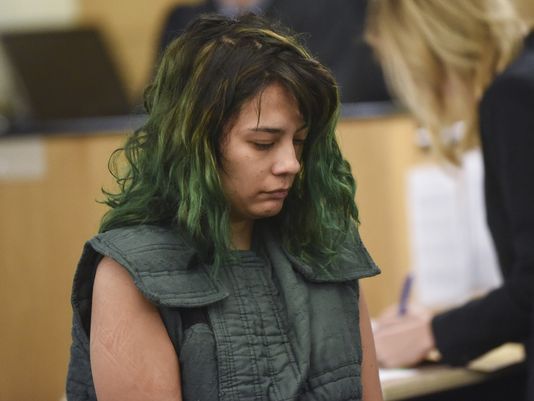 Note: This is an actual photo of Emily Javier, the wannabe samurai girl.

Moral of the story: video games can kill you, or they can also save you, or nothing at all. Also, don't date crazy chicks. 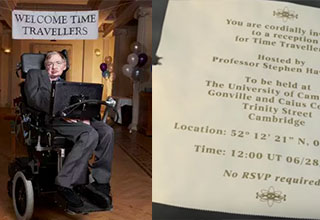