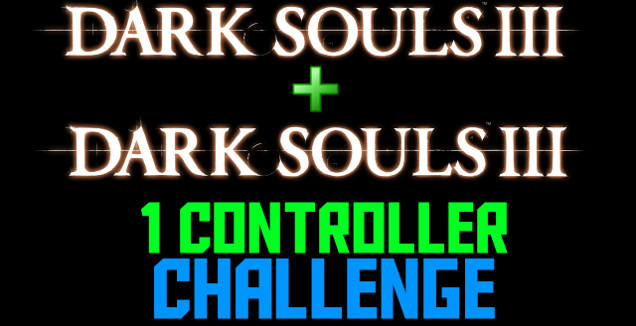 Beating Dark Souls III in and of itself is an accomplishment. Heck, it took me 40 hours and countless deaths to reach the endgame credits, and that was with using every tool to my advantage. Yet, to some gamers the normal difficulty of a FromSoftware game isn't enough, leading to speedruns such as when Nemz38 beat the game in less than 36 minutes securing a multi-record victory for the record books.

And then there's ATwerkingYoshi who decided that in order to make the game less fair he would play two copies the game at the same time... with a single controller. I know, it sounds ridiculous, and possibly even insane, but that didn't stop him from splitting a single PS4 controller to two devices.

While a silly name, this challenge is one that's remarkable to watch. Since there's only one controller, the player's movement and attack patterns on both screens are identical. However, since enemies are dynamic, their attacks are different, making for a real mind melting experience.

In the video below you can see ATwerkingYoshi fighting Abyss Watchers, which are considered one of the tougher bosses in the game, and definitely one where quick and accurate movement is a necessity. How this is even possible escapes me. See for yourself:

Impressed? Check out his latest boss kills via youTube:

ATwerkingYoshi explained in a recent post how he made his 2 games 1 controller setup, just in case you want to experience this nightmare for yourself:

I tricked my PS4 to receive a wireless connection from a controller. The same controller is also scripted to provide an Xbox 360 input into my PC. With a copy of Dark Souls 3 for both PS4 and PC, I was able to control both games at the same time! The inputs are 1:1, no input lag for splitting input between two systems.

Other gamers have caught on to the idea, and have tried it with a variety of different games. For example, check out this footage of StuntCoyote playing three different levels in Mega Man X with one SNES controller:

I'll stick to my one game one controller challenge, thanks. 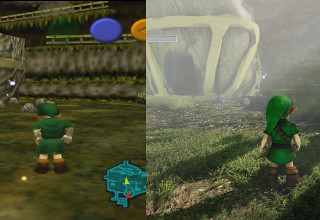