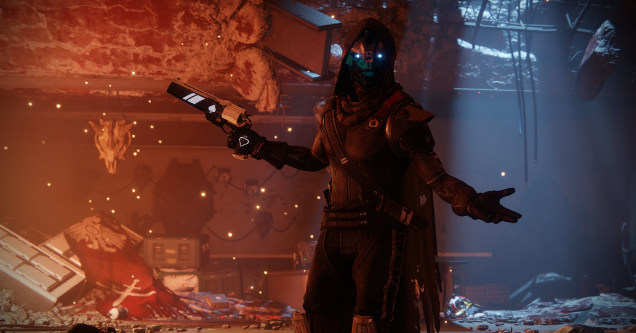 Destiny 2 has officially just touched down on PC. As the first Destiny release on the platform, it’s a pretty big deal. And actually, it’s the first time Bungie has released a proper PC port for one of its games since 2001 (Oni).

Although I've been quick to commend Bungie for its efforts to not only port the game to PC but also host it on Battle.net, it didn't put in much effort on the social side of its game design, and the game suffers as a result.

When playing online you’re thrown into lobbies of up to 16-players, but they might as well be bots. The moment you want to communicate with someone, you’re out of luck. There’s no general chat to type in like you see in virtually every other lobby-based multiplayer game, and you sure as heck can’t use voice chat in this environment.

So, what do you do when you run into someone and end up having fun completing a mission with them? Well, you could just invite them to your clan, but the catch is that clans have no ways to communicate, either.

Just like the last game, Bungie expects you to express yourself to other players using emotes, of which there are only a few. 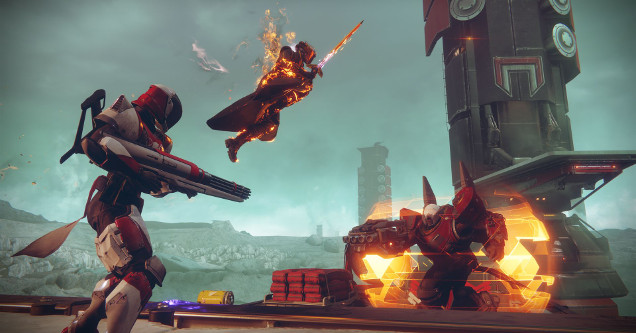 It’s to a point where it's normal to play the game for dozens of hours without every communicating with another player, which is bizarre when you consider how social the Halo franchise was when Bungie was still involved.

On console Destiny 2 was able to get away with this since console gamers generally tend to avoid communicating with strangers. On PC, it sticks out like a sore them when compared to Diablo 3, Tom Clancy's The Division, Warframe, Borderlands, and other games that compete in the same space.

It’s perplexing that such a big multiplayer game release in 2017 is structured in this way. Actually, I’d go as far as to say that you shouldn’t bother picking it up on PC unless you have a few friends who you can play with, because Destiny 2 is not the sort of game you want to lonewolf, and making gme friends the "normal way" is next to impossible.

While Destiny 2 might often be advertised as an MMOFPS with deep multiplayer functionality, it’s actually far less social than many give it credit for no matter what platform you play the game on. Even then, it's a whole lot of fun, which makes this all the more disappointing. 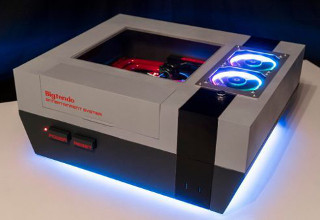 NEXT ARTICLE Oversized NES Replica Is A Powerful Gaming PC