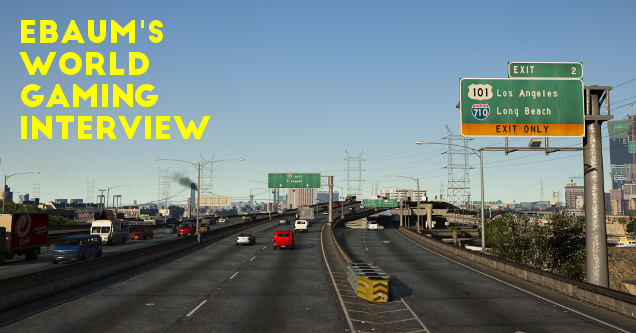 A few years back I crossed paths with another PC gamer on Steam. We chatted a bit about Fallout 4, which had just come out, sharing some early thoughts on the game's base building, hidden items, and hilarious glitches.

He called himself Razed, and little did I know that he was a prolific graphics modder—and not the kind that makes big boob mods for Skyrim, either. He had a knack for making PC games look way better by altering their files.

For context, below are just some of his best works:

I've been meaning to learn more about how you make games look better than the people that, you know, make them. So, I decided to chat with him on Skype about his hobby.

eBaum's World Gaming: So, how did your modding journey begin?

Razed: I was introduced to SweetFX sometime in early 2013 and found it to be a very simple tool that anyone could use to change the colors and contrast of a supported title. Prior to that I familiarized myself with the ENBSeries tool and picked up a few modding tutorials for Grand Theft Auto IV, although I never went as far as to create my own mod back then. It was a great learning experience that would provide itself to be useful in the future.

eBaum's World Gaming: I imagine you had preconceived notions about what making graphics mods is like. Were you right?

Razed: Kind of. I never realized how difficult it could be until you start working on a complicated project. These days anyone can download ReShade and crank up the colors, but to really dig through the game files and play around with textures or lighting can end up consuming a lot of time. I’m still learning new things here and there so my opinion will change as time goes on. 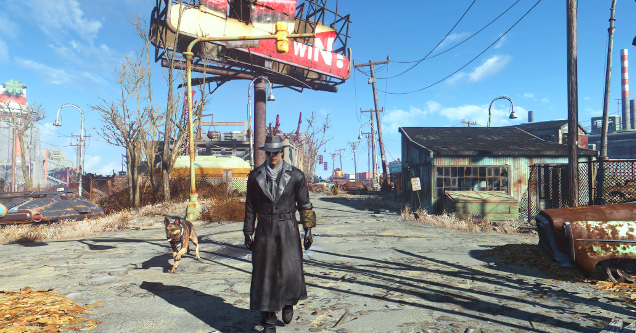 eBaum's World Gaming: The latest build of NaturalVision took you two months to finish. Is that the longest project you've worked on?

Razed: It actually took three to four months to finish and I’m still making small updates to it. It’s indeed the longest project I’ve worked on so far. The end result has left a mod that has long been desired for within the community. On the other hand, I’m completely exhausted from playing Grand Theft Auto V and plan to take a long break away from this mod.

Razed: Depends on the game. Personally speaking, I consider myself a perfectionist and don’t like to release anything that is buggy or unbalanced. I continue working and working until it looks exactly the way I want. Usually I work with a few trustable people that beta test my mod(s) and point out anything that looks off. This can take a very long time depending on which game the mod is for and the areas which the player will have to repeatedly walk around in to find a bug.

When it comes to releasing an update for a previously existing mod, I find people constantly putting pressure on the author for additional features and changes. All of these things can end up delaying the mod.

eBaum's World Gaming: Why don't you just play games instead of modding them? ( ͡° ͜ʖ ͡°)

Razed: Yeah, I actually think about that sometimes. I could be playing through my backlog of games which I have yet to complete or one of my favorite multiplayer games with a group of friends. The motivation to constantly mod a game comes from the desire to exceed what anyone else has done. My most recent GTAV mod is a good example of this.

I initially started working on the project because I couldn’t find a suitable mod that looked the way I wanted. Most of the graphics mods were oversaturated, overexposed and looked cartoony. I knew the game engine was capable of much more than what was already on display and I came up with a few ideas to try my hand at modding the game. The feedback I received from other modders and gamers was mostly positive, which motivated me to take things further and continue developing the mod. 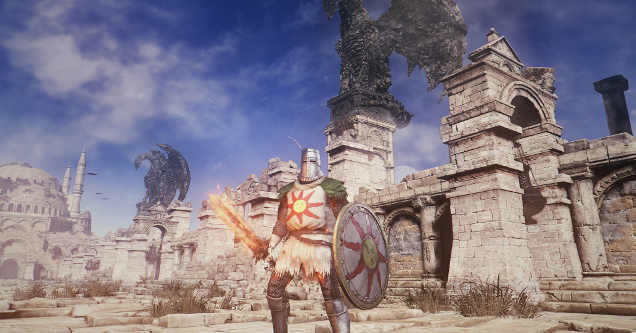 eBaum's World Gaming: Okay, so how many times do you restart the game on an average day of mod development?

Razed: Between 30 to 40 times. The problem with modding GTAV is that none of the timecycle changes are made in real-time, so you have to restart the game everytime you change a variable. It makes everything very complicated and consumes more time than necessary. As for ReShade, the issue used to be that you would alt + tab to make a tweak and tab back in to see the change, but luckily the newest version of ReShade supports real-time changes and makes tweaking colors much easier. I hope to see someone develop a real-time timecycle / visualsettings editing tool for GTAV in the future.

If there’s anyone that has the skills to make something like this, it would be Boris Vorontsov, the creator of ENB Series. Unfortunately he is not interested in further developing ENB for GTAV and is focused on other games such as Fallout 4. On another note, I think Rockstar Games should create official modding tools someday. I’m not holding out much hope for that but you never know...

eBaum's World Gaming: You aren't color blind, I take it?

Razed: Luckily I am not. I think my vision is actually pretty great for someone that spends over 12 hours a day on their computer. I try not to overwork and have to constantly remind myself that I should only do this in my spare time. Modding can be a very addicting thing so you must be careful and always watch your health.

eBaum's World Gaming: How great of a feeling is it to finish a mod after all the months of work?

Razed: Indeed, it’s an amazing feeling but sometimes there can be some anxiety when you start thinking about what people will say about the mod. While I usually gain positive reception, there is always some negativity but I try not to let it get to me. Usually it’s “this looks good but I like the old one better” and that makes me feel a bit sad, although deep down I know the new version is miles better than the previous version of a mod.

NaturalVision has accumulated hundreds of thousands of downloads.

eBaum's World Gaming: The NaturalVision Remastred trailer has over 1.1 million views. How do you make these trailers?

Razed: For the NaturalVision trailer, I was creating it myself in the Rockstar Editor but the final trailer did not feel like it was up to my standards. I ended up contacting an acquaintance who goes by Elimina and asked him to help create the trailer. We worked on it together and I ended up doing a few scenes by myself which did turn out good, but I have to give him credit for most of the work done on the trailer. The process involved me picking out a variety of areas in the game world that I thought would do a good job at representing the mod and then I sent the list over to Elimina.

eBaum's World Gaming: What's your take on the best looking game in the world?

Razed: That’s quite a difficult question since there are so many games that look beautiful. I still think GTAV has some of the best graphics even to this day, but I’m also awed by a modded version of Cities: Skylines which can look very realistic. Other games which I think look gorgeous include Battlefield 1, Hitman, The Witcher 3, DriveClub, Uncharted 4 and Star Wars: Battlefront.

eBaum's World Gaming: Your gaming PC must be a beast. Do you keep your PC up to date to make sure you develop a maximized mod for your fans?

Razed: I wouldn’t necessarily say that I do it because of fans, it’s more of a hobby. I want to make sure that I’m prepared to run all the upcoming games which I’m excited about on Ultra settings and maybe even supersample them. While I’m currently sporting the GTX 1080, I do not plan on purchasing the GTX 1080 Ti anytime soon because I don’t feel like there is a reason to upgrade right now. Perhaps in 2018. 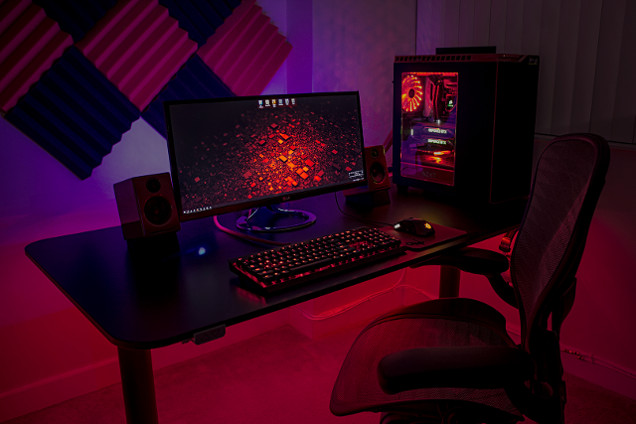 Where all the magic happens.

eBaum's World Gaming: What do you recommend someone does to get started in modding?

Razed: Start with the simple stuff like ReShade and then work your way up to digging through game code and modifying textures or lighting. Figure out what you want to achieve and then start searching for the file that specifically controls the thing you want to modify. Don’t be afraid of asking other people for help, it’s actually a great way to learn. Lastly, keep experimenting and stay focused on your goal.

Razed: I’m wrapping up the next update for NaturalVision which will be out soon. After that I plan on taking a long break away from modding. I’m interested in modding Watch_Dogs 2 but it seems to be a bit difficult and way too time consuming, unlike the first Watch_Dogs game. In the future I hope there is a PC version of Red Dead Redemption 2 because I would love to mod it. 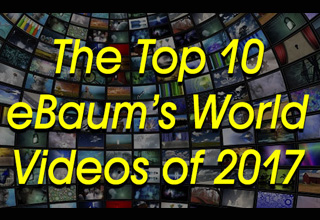