Elon Musk, richest man in the world, might have most of his attention on space, automobiles and the sweat levels on Twitter exec brows, but still manages to find time to do the lord's work and play some Elden Ring. Which is funny, considering that technically implies that George R.R. Martin and FromSoftware's soul-crushing lovechild might be delaying the mission to Mars to some significant degree. But I think we can all agree that Elden Ring might just be worth a few more years on an irradiated and apocalyptic earth.

Elden Ring, experienced in its entirety, is the most beautiful art I have ever seen

And, in typical Musk fashion, he's more than willing to stop and talk about it. Yesterday, Musk called Elden Ring the "most beautiful piece of art" he'd ever seen, implying he'd actually played through the entire monstrosity himself. Which is quite an achievement, especially for someone who should be a lot busier than myself, meme-editor extraordinaire who has yet to slay the game's final boss. Though I do, arguably, suck.

Some, however, might be a bit skeptical about Musk's claim. Especially when he, after his tweet predictably blew up, posted a screenshot of his supposed build. And, as anybody who's suffered at the hands of the brutal and unflinching sadist that is Elden Ring, there's simply no way he's beat Elden Ring. Not with that build, at least.

Equipped load will be lower if fast roll is needed pic.twitter.com/OTSqKrrIv4

The fatrolling, double-shielded tank mage is a pretty bizarre -- though highly original -- way to play through the Lands Between. For many, the build calls into doubt whether Musk really played as much as Elden Ring as he claims to have, let alone beaten it.

-Fatrolling
-TWO shields
-Moonveil (of course)
-3 different summons
-31 vigor
Elon are you ok? Can you hire someone competent to help you make a build because these screenshots are making my head hurt

Wtf is this build? I thought this guy was supposed to be a genius?

elon must have invented a way to freeze time - it seems paradoxical that he heads mulitiple major companies, a large family, yet still has time for tweets, interviews, and heavy gaming seshz

this energy is from ppl of his PR team lol, you really think Elon has any spare time to play video game? let alone grinding to lv111?

elon sir for $5,000 i will help you make a build that does not shame your ancestors

Indeed, Musk's "build" seems to raise a lot of questions about his seeming love for the merciless, soul-shredder of a game notorious for its length, complexity and time-cost. Aside from the purposes for the aforementioned "peculiarities" about Musk's build, it really leads one to wonder why someone as tapped into the zeitgeist as Musk would choose to claim having beaten Elden Ring but post a build that really makes it seem like he hasn't beaten Elden Ring. 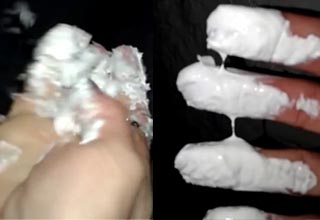