Battlefield 2042 just released and the verdict is in: it's a hot dump on a beloved franchise, soullessly gutted of everything that once made Battlefield Battlefield. As some predicted and many feared, Battlefield 2042 was another victim of murder-by-monetization.

With terrible performance, disappointing content, and almost none of the features users were expecting -- and arguably owed -- Battlefield 2042 reviews quickly made it one of the lowest-rated games on Steam. Ever.

This hit home for more than a few longtime fans who were sad to see Battlefield get the EA treatment -- and one fan in particular. 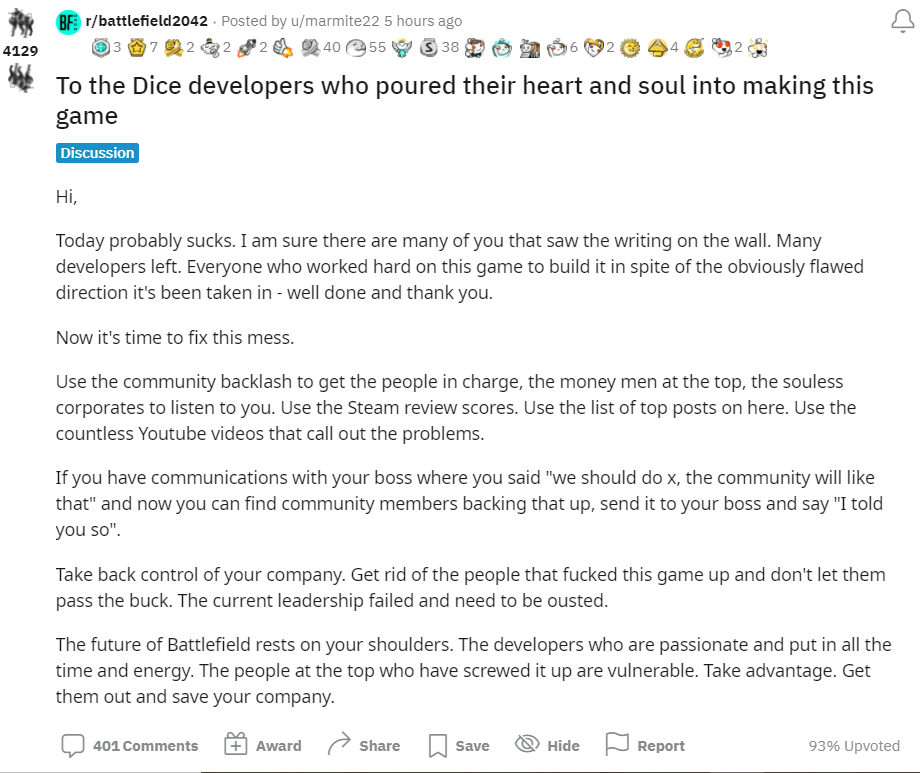 Redditor u/marmite 22 wrote a post on the Battlefield 2042 official subreddit titled, To the Dice developers who poured their heart and soul into making this game. They first thank the developers who stayed with the project amid its numerous departures over the game's direction and did their best to make something halfway-decent, adding that they understand that those who chose to stick around probably "saw the writing on the wall."

"But now it's time to fix this mess." The letter continues, encouraging the developers to "use the community backlash" and take it to "the soulless corporates and money-men" and show them the repercussions of their actions; that chasing the quickest buck is a surefire way of killing consumer sentiment.

"The future of Battlefield rests on your shoulders."

The post concludes with marmite imploring the devs to "take back control of your company," clearly showing empathy for the creatives they feel are stifled by higher-ups focused on gross financial stats more than player experience.

Whether DICE leadership will be swayed by the backlash or if any developers will feel spurred to take make an energized attempt to change the company's direction remains to be seen. 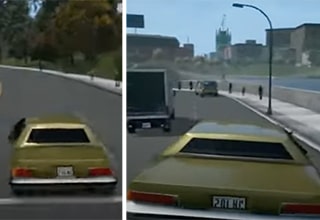