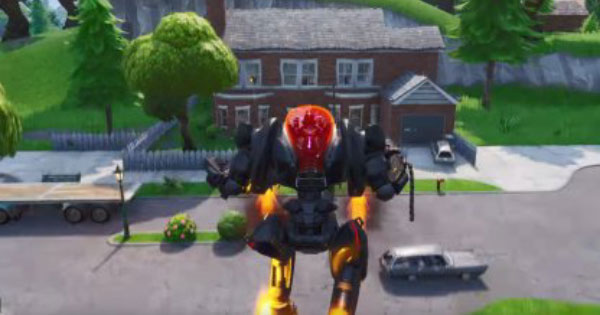 Currently trending #2 on Twitter is the hashtag #removethemech, which is a massive response from the Fornite community to a Mech, called a B.R.U.T.E. that was introduced by Epic Games in Season 10 of Fornite. These have been wildly controversial and generally, people seem to hate them for being incredibly overpowered.

After players have been pleading with Epic to remove them, they announced today that they will stay in competitive play, but with a tweak.

We’ve been monitoring the impact of the B.R.U.T.E. in gameplay and are investigating ways to enhance combat feedback when interacting with the vehicle. In v10.10, we will add a targeting laser that will show the direction the B.R.U.T.E. is aiming its rockets while they are being charged. This laser will have directional audio to help indicate when it’s being pointed at you, even if you’re behind a structure. We’ve also fixed a few mobility bugs that was allowing players to exploit its boost mechanic.

The B.R.U.T.E. remains within the core game modes (Solo, Duos, and Squads), select Limited Time Modes, and in competitive Arena and Tournament play. We’ll communicate any future iterations to the vehicle as we’re continuing to investigate a few more areas where we can improve combat interactions.

While it's incredibly fun to use, it is an absolutely frustrating mess to play against.

The news that Epic was going to nerf the B.R.U.T.E. instead of removing it entirely set twitter into a raging fit over the overpowered vehicles.

I’ve played Fortnite since it was released.

The community has joined together 3 times to voice their extreme displeasure about something in the game: planes, the Infinity Sword, and the mechs.

So far the community is right each time. Hope we see mechs removed.#RemoveTheMech

She stuck in there until the mech’s are removed #removethemech pic.twitter.com/4Ca2k4zgrF

Fortnite watching us all tweet #removethemech thinking its gonna make them do something. pic.twitter.com/wqCvXNmk6D

How Epic Games look when they ignore the entire community: #removethemech pic.twitter.com/7favBfBspA

Epic games watching all of us tweet about the mechs #removethemech pic.twitter.com/bd4EfzAxYg

an invisible mech, I never knew this day would come. #RemoveTheMech pic.twitter.com/OoeJqyqPnA

Hey @FortniteGame & @EpicGames, is that enough for you ?

Time will tell if Epic Games will listen to the Fornite community, but until they do it's surely going to be massive frustration to competitive players. 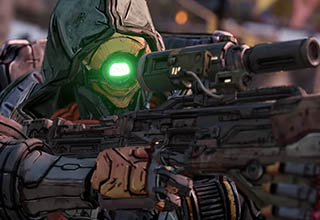 NEXT ARTICLE Watch the Final Borderlands 3 Character Trailer for FL4K