Look, Spider-Man: Web of Shadows wasn't that bad of a game, but with a 68% Metascore it technically qualifies as bargain bin material.

When the game came out in 2008 it was regarded as the best Spider-Man game ever made. Sadly, that isn't saying much. With repetitive content and a lackluster world, it would struggle to cross 500,000 units sold, a disappointment for its publisher Activision.

A few months later it would be completely overshadowed by Prototype and inFamous, and since then few remember it other than the most devout Spider-Man fans.

But with a multi-year development cycle, the team that made it definitely hasn't forgotten about their hard work. And this week YouTube channel Game Brain managed to spend a few minutes speaking with Studio Head Chris Scholz about the game. Or, more specifically, read him some of the negative reviews and see what he thinks.

Chris was a great sport about it, although you can hear some of the development anxiety reappear as he travels back in time. Games are very challenging to make, and he knows that as much as anyone.

Insomniac Games is currently working on a Spider-Man game that looks amazing. You can watch some gameplay here. 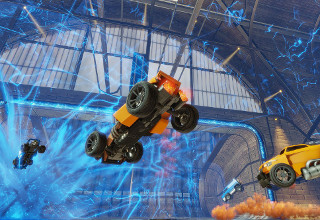