Fans of the Saints Row Series ( essentially a much less serious and comical version of Grand Theft Auto) received some bad news after Volition Studios announced the games launch date was getting pushed back from February 2022, all the way back to August of 2022.

The reboot of the Saints Row series is being developed by Volition and published by Deep Silver.  The updated release date is set for  August 23, 2022, for PlayStation 4, PlayStation 5, Xbox One, Xbox Series X/S, and Windows platforms.

Similar to the prior games of the franchise, this new Saints Row is an open-world action game with you as the player assuming the role of a member of a crime syndicate. The gameplay including shooting guns and driving is all done from a third-person perspective. It’s set in the American Southwest, and it’s full of explosions, fireworks, and neon colors, and the comedic moments the series is known for.

We are not backing down on this game. We get it, it’s new and it’s a shock reaction to a reboot like no other. The gif was supposed to convey that.

(the official announcement trailer that was released on August 25th, 2021)

The previously released Saints Row IV came out all the way back in 2013 and fans of the franchise have been patiently waiting for nearly a decade on the next iteration will have to wait a few extra months.  The announcement (quote below) was posted on Volition's website from Jim Boone, reads as follows:

Saints Row will no longer release on the originally announced date of 25th February 2022, instead it will launch worldwide on 23rd August 2022.

Our priority is to create the best Saints Row game yet and, if we released on the original date, it wouldn’t be up to the standards we’ve set ourselves, and that you’re expecting and deserve.

The team just need more time to do our vision justice; we’re doing some fine tuning and there won’t be much change in the game outside of overall quality and polish. In all honesty, we underestimated the impact COVID would have on our schedule, although everyone adapted very quickly to the working from home arrangement and continued to be incredibly productive.

However, due to the size and scope of our new Saints Row, it’s become apparent that to create the best game possible, we need to give our team longer to perfect their craft. As mentioned when we announced Saints Row in August, this will be the biggest and best Saints Row game ever and, in order to achieve our goal, we’ve settled upon a generous, yet essential amount of time to realise our ambitions. Rest assured, there will not be any changes to the story or the characters or anything that we’ve lovingly imagined over the last few years and already shared with you.

Over the past two years, all corners of the entertainment industry have been affected/impacted in one way or another. As gamers ourselves, we know what it feels like to have something delayed which you’ve been looking forward to; it’s frustrating and you feel disappointed. But we also know that when we finally get Saints Row in your hands, it will have been worth the wait. It’s our absolute priority to get this right. Keep it strange,

Saints Row will be available in four different versions (both physical and digital).

The Notorious Edition - only available at retail and will come with an expansion pass that includes three DLC episodes, which have not been revealed yet.

Check out this list of other games slated to be released in February of 2022. 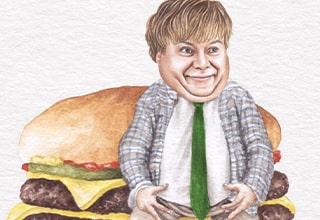