Last week, Sony premiered 14-minutes of Horizon Forbidden West's gameplay running on the PS5, and while the display of the Unreal Engine lived up to its name, many men were left disappointed with how Aloy, the games main protagonist, looked on the new system.

Specifically, they thought she looked fat. And even more telling, some men shared their idealized version of Aloy, demanding that studios, such as Sony stop making masculine-looking women and hire fans to bring them back on the path to hotness. 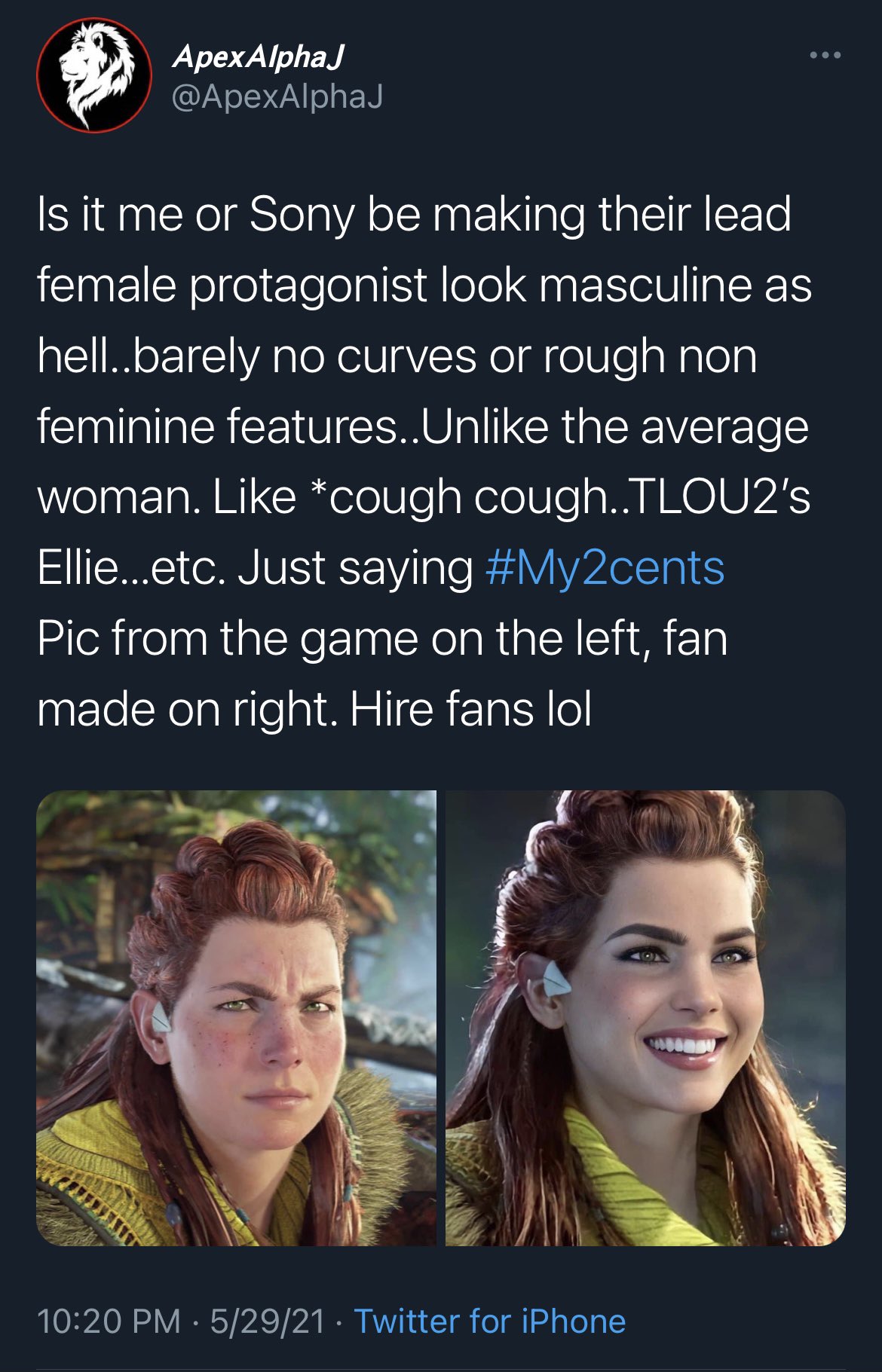 Here is the Tweet, which set off this weekend's tailspin into vidya game lady sexualization hour. The tweet was quote tweeted over 6 thousand times before OP locked (privated) his account. So many of the great comebacks and gotchas are now available through your incognito browser, but who has time for that. 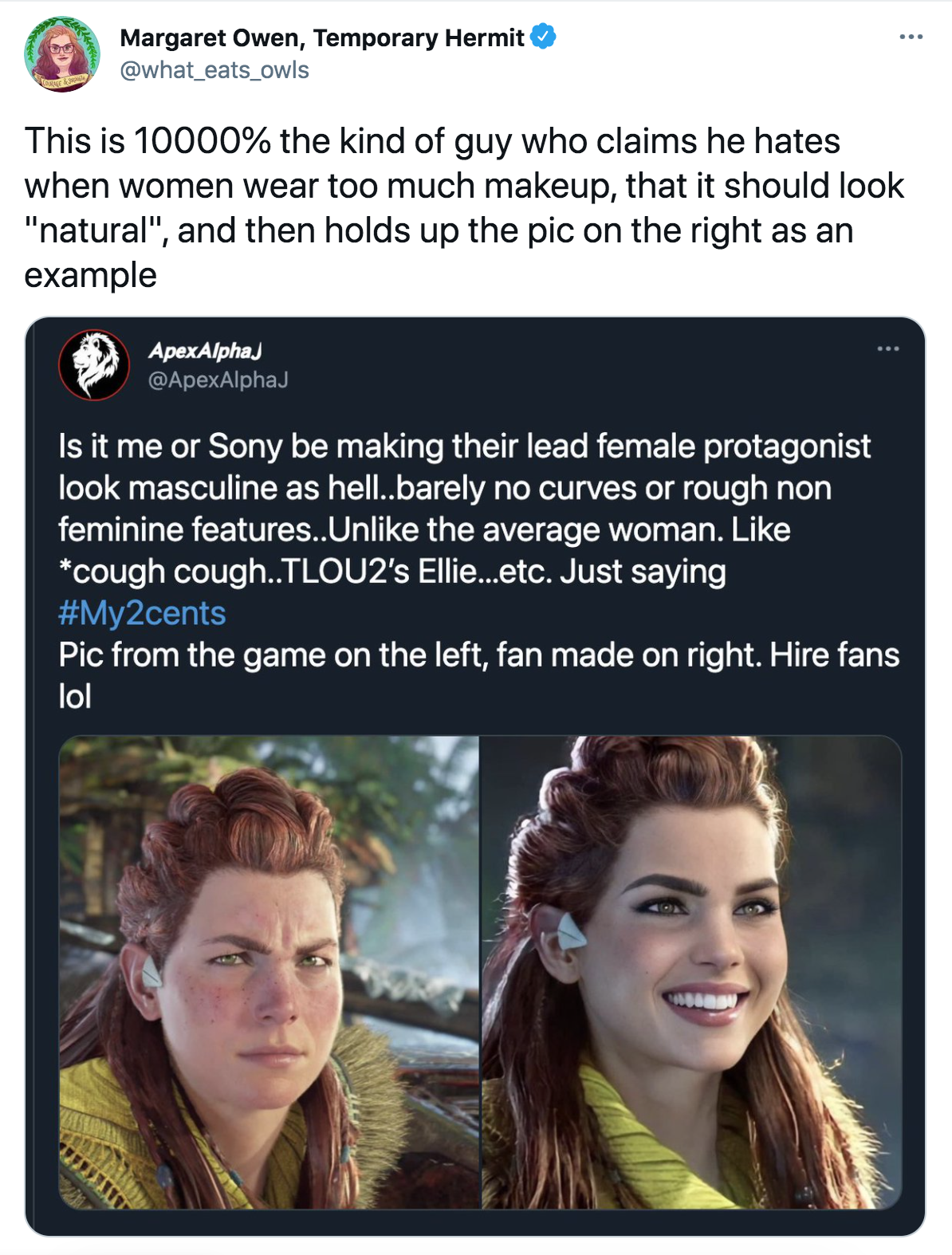 My two cents: I don't understand ApexAlphaJ's point of view, but I do see why he would feel this way. Games are supposed to be an escape from reality. And the reality is most American's are considered overweight if not obese. So while Aloy's new chubby look is more representative of how the average American consumer looks, it demystifies the experience gamers are longing for. 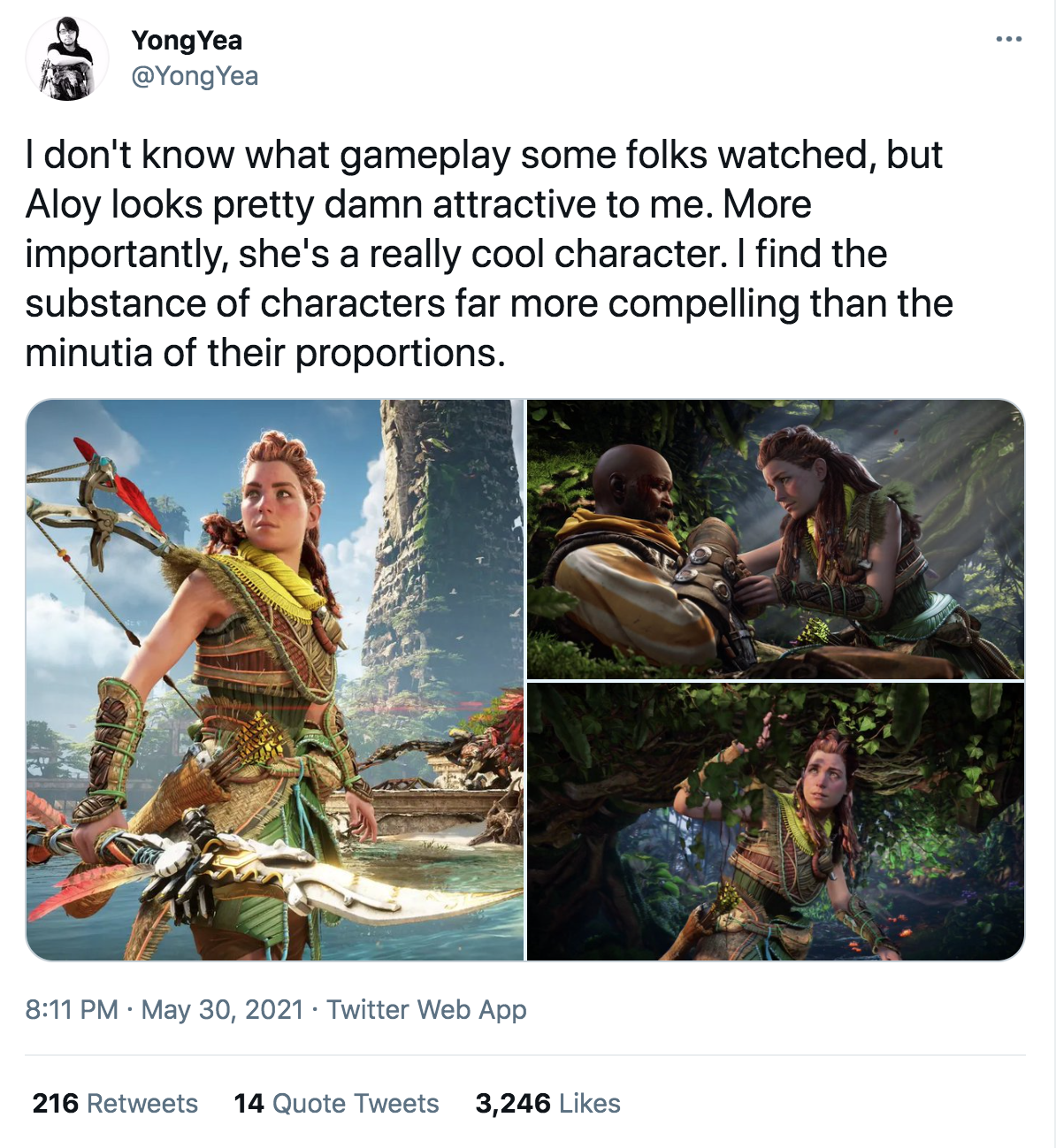 So while gamers want realistic WWII games, they don't want female protagonists to remind them of their own pudgy existence. Which, while I might not agree with, I can understand. 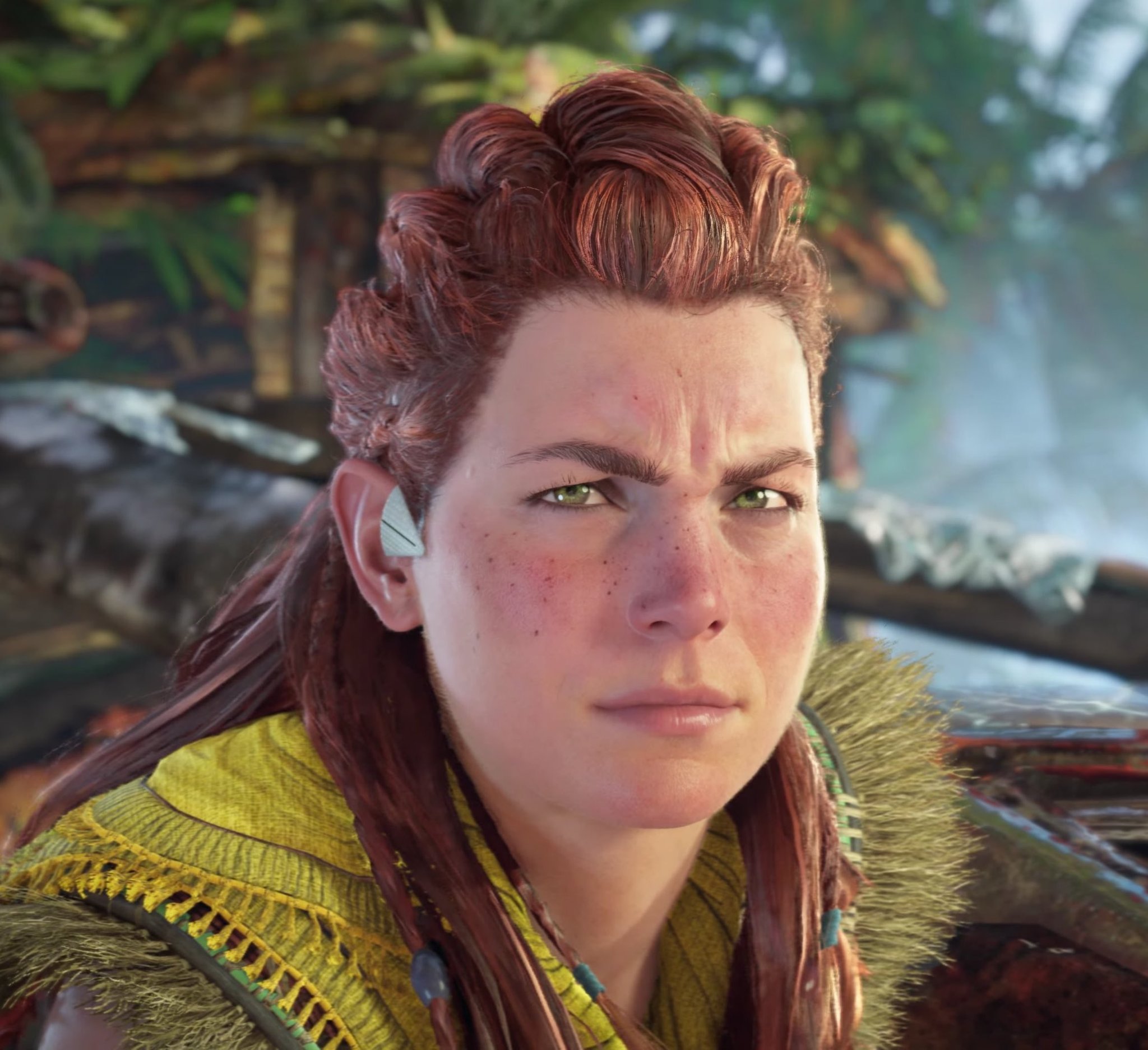 My favorite part of this tweet is how the poster made a note to distinguish between the two images as if we were going to confuse the fan-made edit for the official image. And the last thing I'll say is if you're a fan trying to break into the industry, this post just set you back ten years. 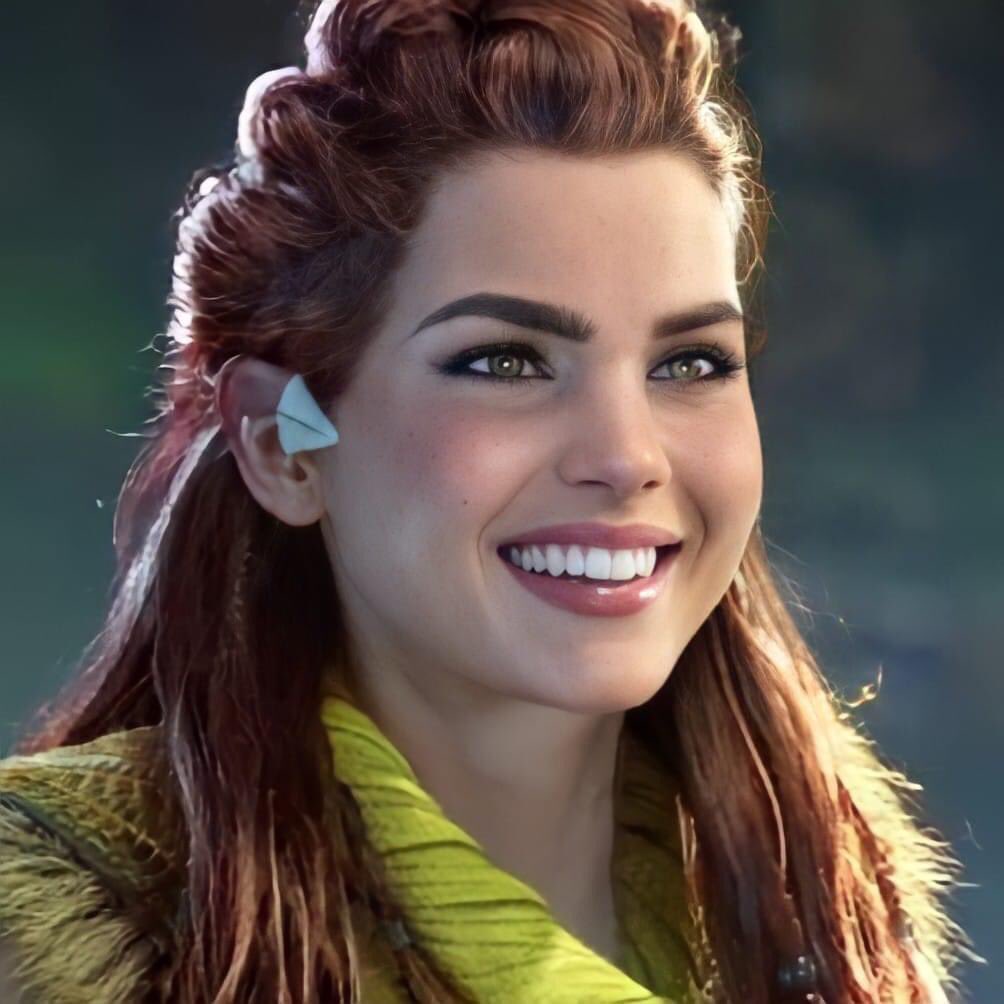 Sorry, your fake vidya game gf isn't hot enough for you op. Now come and eat your tendies before they get cold. 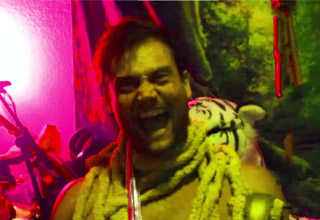 NEXT ARTICLE A YouTube Bodybuilder Has Gone Deeply Insane