Microsoft's new Flight Simulator is turning out to be one of the most casually realistic games of all time, but for a pretty mundane reason.

The game streams map and topographic data from Bing (maybe the first good thing to come from that godawful website) and combines it with input from a weather service called Meteoblue to let you experience the entire Earth in real-time.

That includes severe weather cases and natural disasters, as well as any new building construction or demolition.

Above & around Hurricane Laura

So as Hurricane Laura bashed through Louisiana, players scurried over to the storm and ended up finding some surprisingly beautiful scenery (mostly because the game does not show the debris and destruction down below).

Just flew through the outer edge of Hurricane Laura in #MicrosoftFlightSimulator pic.twitter.com/XeyneNTVk4

Blue skies are replaced with craggily clouds to tunnel through. 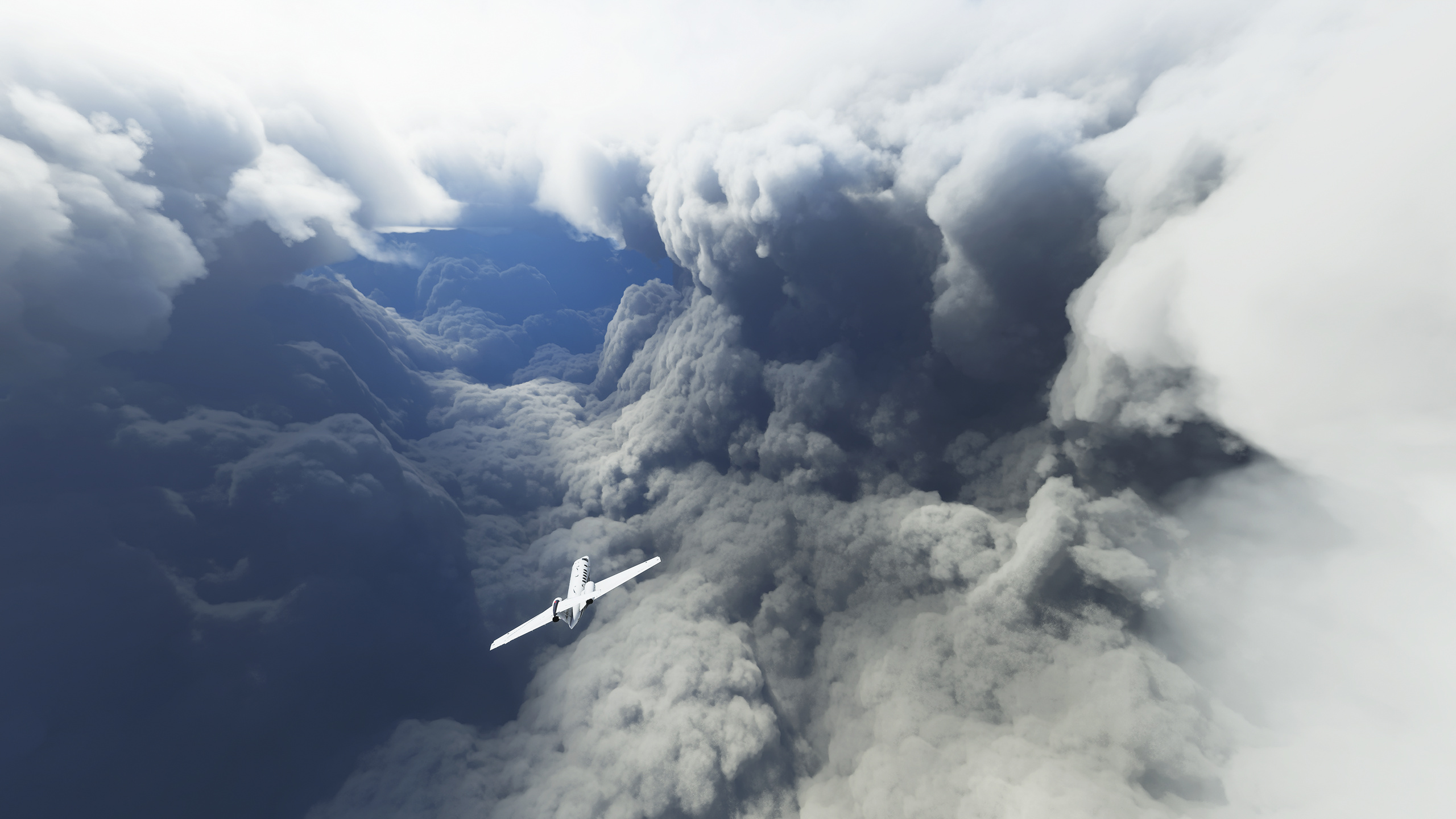 When the sun hits, everything turns orangey golden like the cheesy crust on a Domino's pizza. 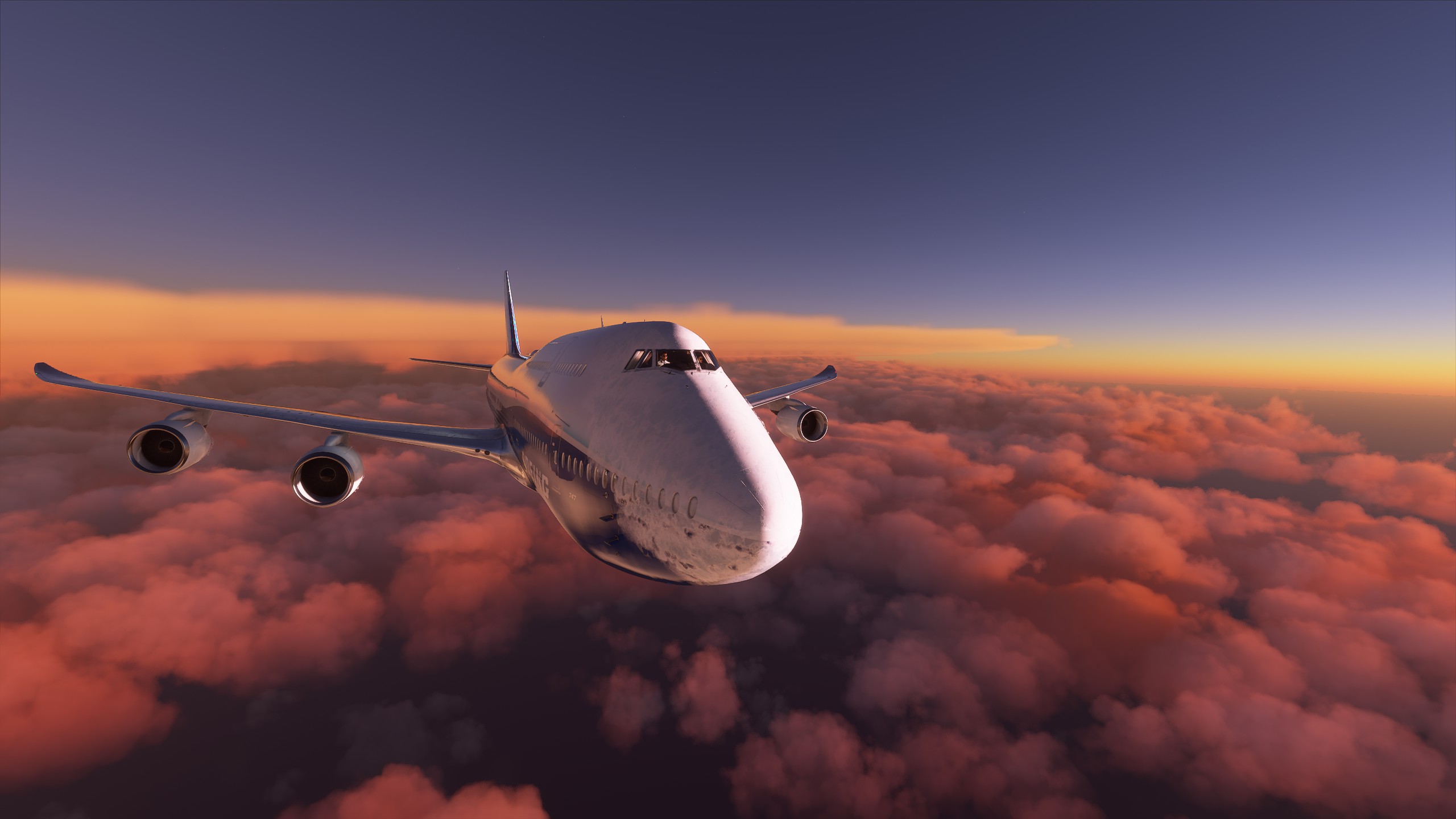 Even the storm's wind pillars become an intriguing landscape worth exploring rather than avoiding. 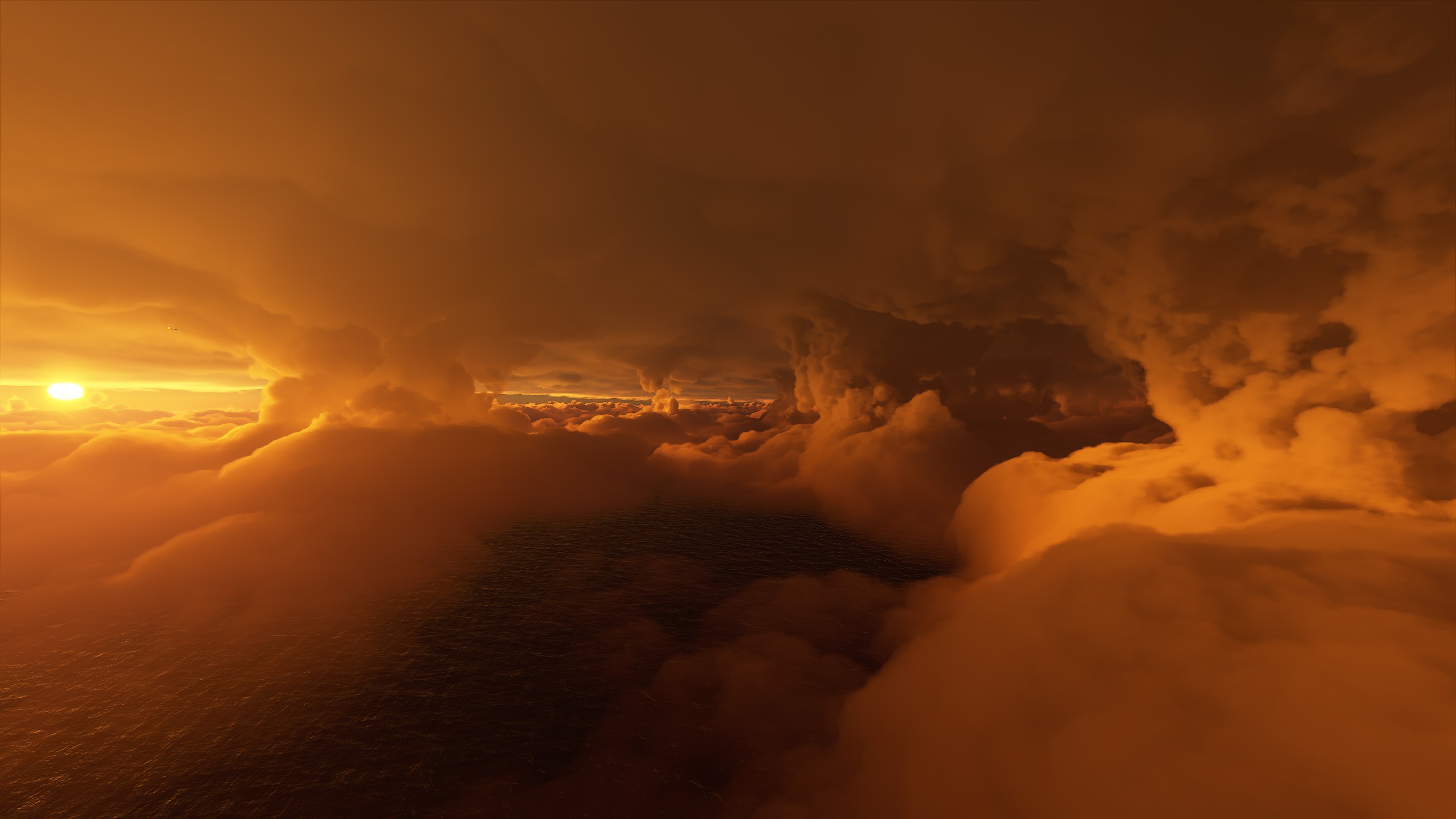 I genuinely just cannot believe this game is possible. The developers deserve to live the rest of their lives in comfort and happiness for having given this incredible game to us for the small price of $60. pic.twitter.com/nvVhwFSwir

Of course, the reality of a hurricane is not a fluffy rainbow. But we're not here to judge the game for letting people experience this.

If anything, maybe one day the wannabe pilots will band together to apply their digital observation skills into something that will help keep people safe, like the way scientists tried gamifying a cure for cancer.

AFAIK all the green dots are other players.

I feel like MS Flight Sim is going to create a new genre of gaming events where people track down IRL weather events in-game to experience them.

It's so incredible that this stuff is possible. pic.twitter.com/ZBws2qFIbc 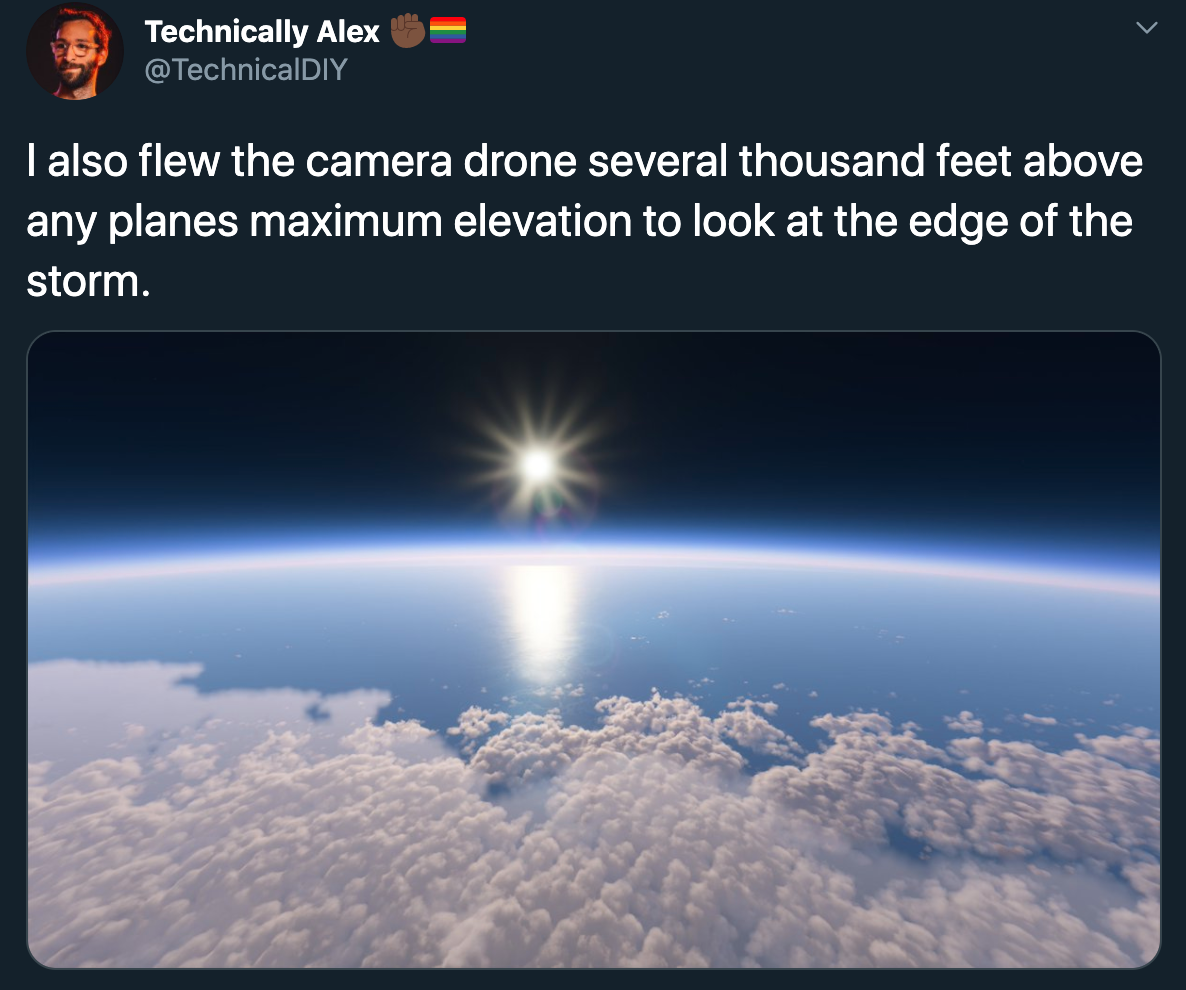 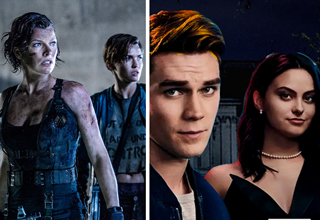