On Monday, 343 Industries dropped Halo Infinite's new and hotly anticipated multiplayer mode, catching gamers by surprise on the Xbox's 20th birthday. And the reaction has been pretty uniform across the board:

Indeed, players are raving about the fun, fast-paced gameplay and the internet abounds with many a wild clip of some of the hijinks many feel captures the original spirit of an enterprise that some decried as lost during last year's fumbled announcement for Halo Infinite.

But the Battle Pass, however, has a few quirks that make it a little different from most other games: there is no progression awarded for completing matches. Instead, players earn XP to rank up their battle pass solely by completing challenges.

It's an interesting take on a now-old system and a bone-fide attempt to try something new -- something most gamers can get on board with -- but the execution is shortsighted for one clear reason: it sucks to conclude a rip-roaring, edge-of-your-seat match with absolutely zero XP because you didn't think to try killing three people with your sidearm. It's kind of like watching a chef at Benihana do all the onion volcano tricks and then being asked to leave as soon as it's served -- there's something inherently incongruent with the setup as it is.

And the internet has not been quiet about it.

Halo Infinite is a sublime experience.

Here is what is not:
• Progression system
• Lack of Playlists
• Store prices are too high

This is only constructive criticism as the list of PHENOMENAL things in #HaloInfiniteMP is much, much longer. pic.twitter.com/ZktkWm2IHa

so I’ve played Halo Infinite for 6 hours now and the gameplay is fun and addictive. The main thing I dislike is the battle pass progression. That really needs to be looked at pic.twitter.com/qSqajaDtdi 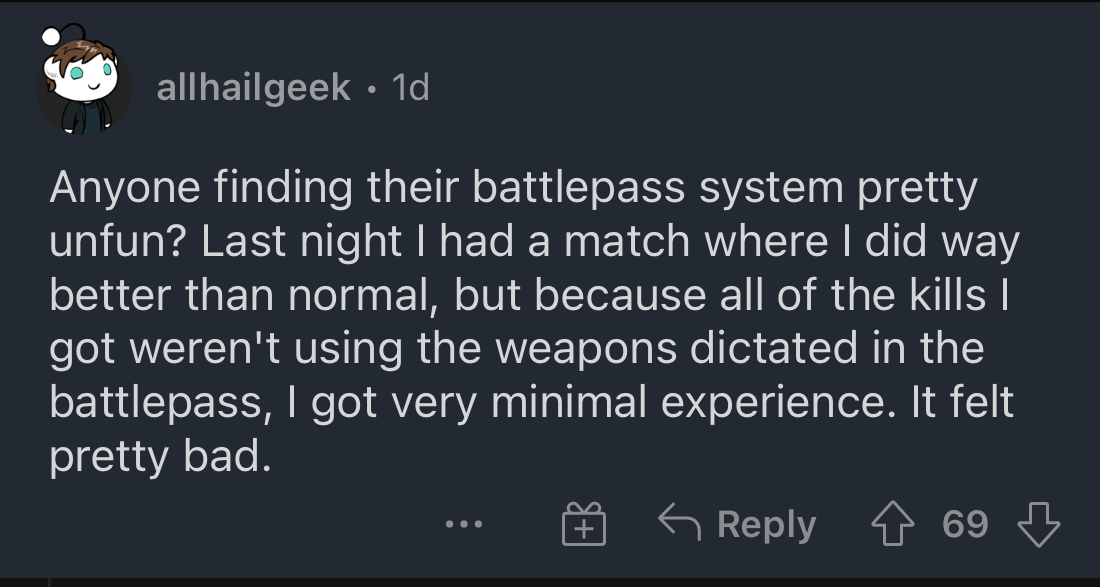 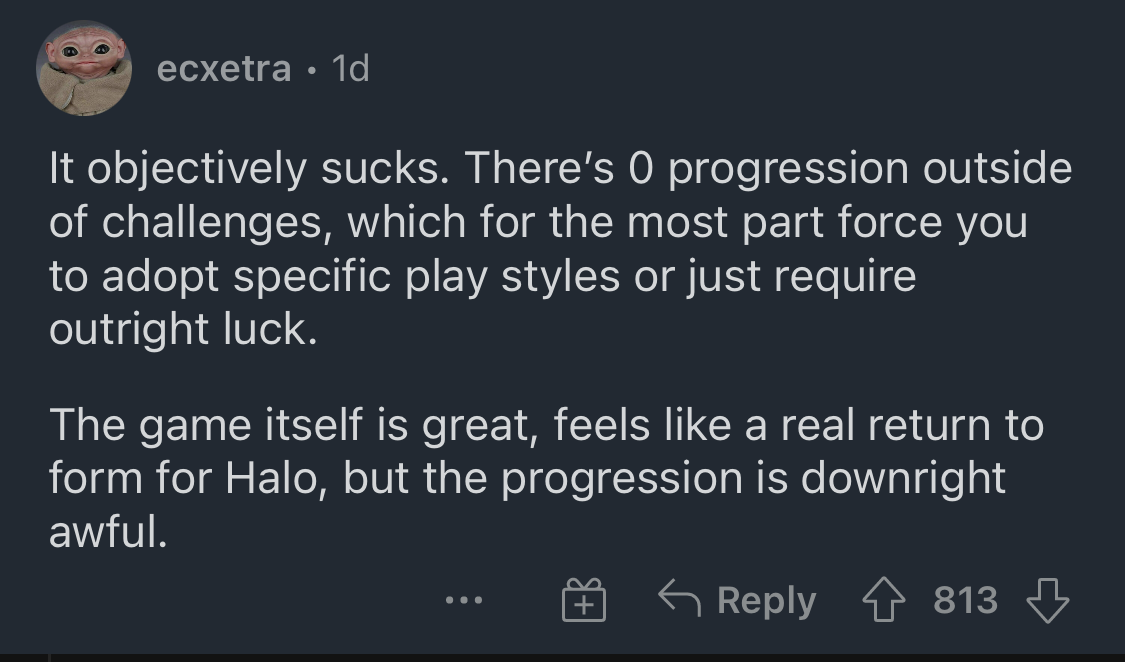 When you and the enemy team realize sweating in big team battle is pointless because the battle pass is ridiculous #HaloInfinite pic.twitter.com/B1CMAQsyOX

After ~10 hours in #HaloInfinite here are my only concerns:

1. Battle Pass progression
2. Some bugged Challenges
3. Too many Grenades lol
4. Bulldog doesn't feel good to use
5. I don't like that egg BTB mode and would like to turn it off permanently pls pic.twitter.com/H61OVgzauC

I’d have to agree. I’m not that great to begin with so when I have a really good game but only get points towards the battle pass for only completing a game… it feels more defeating than a win Hopefully they’ll address this sooner than later #HaloInfiniteMP #HaloInfinite https://t.co/NGrwliFgYv

Literally can't progress in the battle pass because the heatwave challenge is glitched and I really don't want to play 5+ games to level up #Halo #HaloInfinite #HaloInfinitemultiplayer pic.twitter.com/GiZ46ffrmx

This sums up the #HaloInfinite battle pass experience pretty well. Virtually every other aspect of this multiplayer is fantastic, but I can't wait for them to adjust XP progression. Very grateful to see 343 already taking the feedback seriously. Just hope the change comes soon. pic.twitter.com/1hXWheaTl7

When Will Halo Infinite Battle Pass Be Fixed?

Luckily for all those shaking an angry first at 343 Industries, the developers have been quick to acknowledge the general reaction to the Halo Infinite Battle Pass. Community Director Brian Jarrard hopped onto Twitter to say their teams were cognizant of the issues people had with the new system and we're working on tweaks to improve it.

Thank you to everyone who has jumped into the #HaloInfintie beta so far! FYI the team is looking at Battle Pass progression and gathering data from yesterday's sessions and we'll share updates as we have them. Please continue to share feedback and raise flags as you see them. 1/3

Is Halo Infinite Battle Pass Worth It?

Ultimately, the Halo Infinite Battle Pass works a little differently -- as we've mentioned. One thing that seems to be generally glossed over when lamenting the lack of general gameplay XP and the necessity to complete disruptive, obscure challenges is that the Battle Pass XP is permanent. That means that players can complete the Battle Pass at their own leisure without racing to finish it before having the rug pulled out of them before the end of the "season" -- i.e. how most games do it.

So, while there are certainly some serious tweaks that need to be made to fix the Halo Infinite Battle Pass and its concrete problems -- better challenges more conducive to general gameplay, for starters -- there are a few positive takeaways from the Halo Infinite Multiplay launch.

The fact that we can universally agree that the gameplay is solid and a return to form for the long-beloved franchise is what you, as a gamer, really want. An excellent battle pass on a sh*tty game is like pinning a medal to a hot turd, and it's easier to fix a Battle Pass than the game. A lot easier.

The second takeaway is that 343 Industries has proven themselves, thus far at least, as an attentive developer who is -- a few speedbumps here and there -- at least attempting to live up to their idea of developing things with a "gamer's first" mentality. Whatever you think of the Halo Infinite Battle Pass, you can rest somewhat assured that 343 Industries is, at the very least, listening. 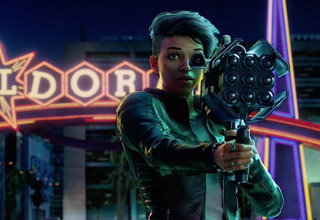 NEXT ARTICLE Saints Row Reboot Gets Delayed Until August 2022