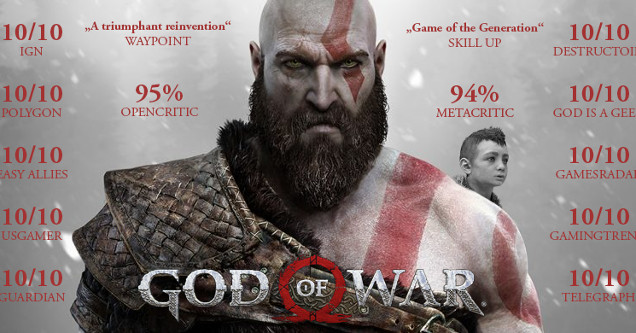 We're now just a four days from the release of God of War PS4. Many of us were expecting it to be a big deal, but even then it's crushed expectations.

More than 85 professional reviews have been published to this point, and for the first time in more than five years not a single one of those reviews falls below an 80%. With a 95 Metascore average, the game hasn't just secured the attention of gamers, it's established itself as one of the most well-received games of all-time.

Also Read: 5 Awesome Things We Just Learned About God Of War This Week

God of War's critical reception goes well above just being "great". For context, first let's look at how it ranks alongside the best PS4 games up to this point:

95 - The Last of Us Remastered

Every game on this list has gone on to win at least a dozen Game of the Year awards. The fact that God of War ranks #2 among this group of games is ridiculous, to say the least.

The God of War series has always commanded respect, with every game securing high scores. Even then, it's the best-rated game in the series. 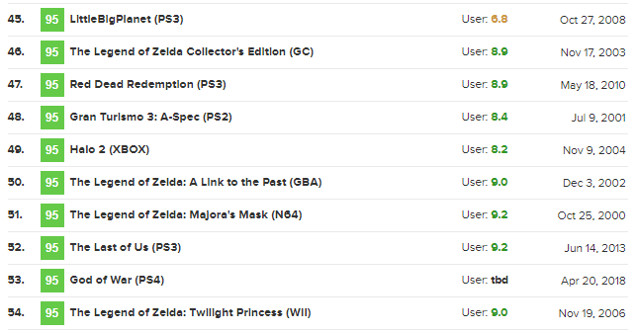 God of War releases on Friday, and we'll be livestreaming gameplay on the official eBaum's World Twitch channel. We'll be following up with a review of our own once we've played it enough, too. 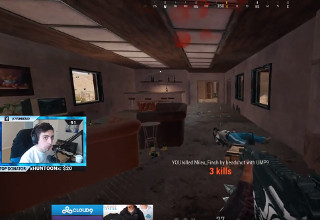