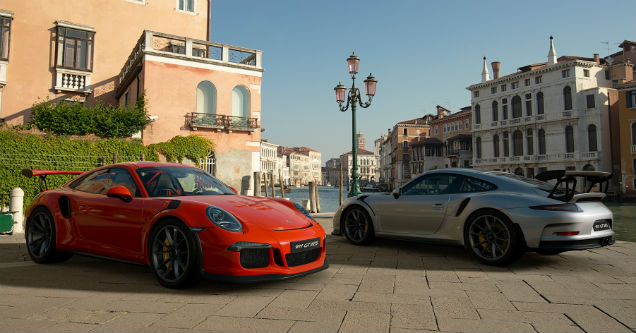 A new Gran Turismo is going to drop in just under two weeks. If you've ever been into gaming, you probably hold Gran Turismo in high regard. Not only is it one of the best-selling series of all-time, but it's responsible for introducing millions of young kids to the art of slamming into anything that gets in their way if they want to win.

Gran Turismo Sport might not be out for a couple weeks, but a demo just dropped on the PlayStation Store. While you can download it for free and come to your own conclusion, below are my thoughts after playing it for a bit.

The graphics are out of this world. Driveclub was a good-looking game, but Gran Turismo Sport takes the crown for the hottest racing girl on the block. This is best highlighted in the "Scapes" Photo Mode where you're able to stare at the car models in a variety of photorealistic environments, although the visuals are scaled down a bit once you hit the track. Even then, this is a looker that will make you want to take screenshots.

Handling is true to Gran Turismo. Racing simulators have come a long way since the early days of Gran Turismo. If you're looking for a game with accurate physics modeling, Gran Turismo Sport is secondary to the likes of iRacing, Assetto Corsa, and a few other racers on the market. However, this game has been tuned well for the controller, striking a balance between realism and enjoyability. This makes for a great game that manages to be fun for racing fans and those who don't know what an apex is.

Upgraded vacuum cleaners. Gran Turismo has earned a reputation over the years for having unimpressive sound design. Although Polyphony Digital invested more time and resources into audio this time around, what's here still doesn't hit status quo. Most other racing games on the market do a better job in this regard, and some cars still sound like Hoover vacuums. Just listen to a Jay-Z soundtrack instead of turning your TV volume on IMO.

There's no proper Career Mode. This is going to be the biggest deciding factor for most players. While previous Gran Turismo games were most known for their lengthy campaigns where you'd collect cars like Pokemon cards while competing in a variety of tournaments, there's no such thing in this new release. Instead, the single-player mostly resembles the classic Arcade Modes where it's more open-ended and lacks a smooth style of progression. In other words, if you aren't interested in spending most of your time in online multiplayer, this game will disappoint you.

Multiplayer. Now, if you do happen to be into the idea of spending most of your time racing online, then Gran Turismo Sport is going to impress you. The partnership with FIA has resulted in a format that is true to motorsport disciplines with a heavy emphasis of die-hard competition. There are plenty of guidelines for enforcing a fair environment where it's all about getting the best lap times possible.

Scuffed shoes. Don't bother testing the crash modeling, it hasn't changed much. You'll see some scrapes and dents show up on cars when you collide, but not much more than that. This is definitely not a Burnout game. 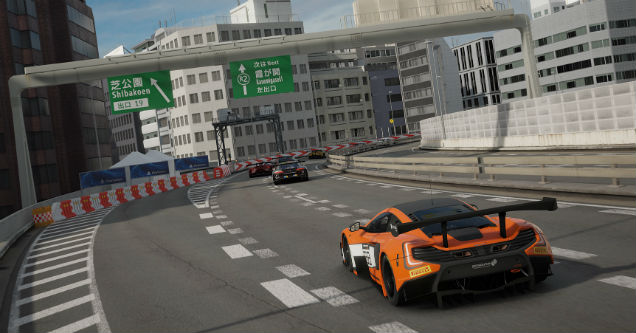 Addressing the user interface. One of my biggest gripes with Gran Turismo 5 was its intuitive user interface and long loading times; you could beat a Final Fantasy game in all the time you spent staring at loading screens. Polyphony Digital appears to have figured things out. The layout of menu items is far more logical, and transitioning from page-to-page is quick. Loading times for races are still long, but otherwise you won't have to worry about them.

A short list. When compared to Forza, Gran Turismo has really fallen behind on amassing a list of cars and tracks. Yes, you won't see 40 different Skylines this time around, but you're also not going to the see the McLaren P1, Porsche 918 Spyder, and other extremely popular hypercars. The premium car list falls shy of 200 options, and the tracks fail to include some of your favorites from previous games.

Super polished. As usual, the game feels like it's spent a few months in the shop getting a nice rub-down with Meguiar's Ultimate Wax. It stands well above the competition when it comes to having the look and feel of a properly finished product.

Overall, Gran Turismo Sport will be a great game, but its shift from focusing on single-player to online multiplayer will catch a lot of fans off-guard. Your best bet is to try the demo and see if this new generation is for you. 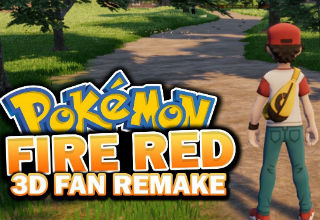