For a game that came out in 2013, GTA 5 has held a large audience of online players for a long time. The GTA community is always coming up with some new ways of keeping themselves entertained in the game. Most recently a sort of "gang war" has started online between players in green and purple alien suits.

Recruiting new members to join the game has primarily been through TikTok but has since made its' way to most social media sites.

Lmao this green vs purple alien war in GTA is wilddd .. I’m here dying they just caught me slippen pic.twitter.com/cFBFdIrulY

For those looking to join aside, this tutorial gives a clear tutorial on how to unlock both suits.

Some players even going as far as to planning future big battle dates.

I haven't fired up GTA in a minute but I think tonight I'm gonna go online and join the green team. 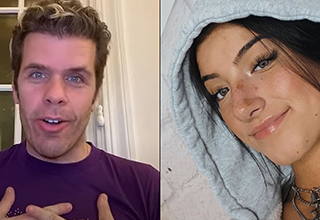 NEXT ARTICLE Perez Hilton is Causing So Much Drama on TikTok That 80,000 People Signed a Petition to Get Him Banned