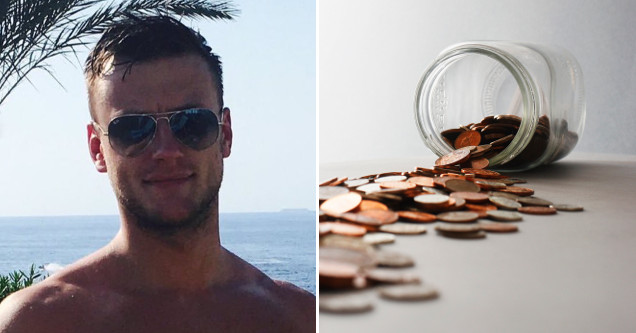 You've probably heard stories about people donating huge sums of money to Twitch streamers over the years. As insane as it sounds, some people have found themselves addicted to being able to get noticed by their favorite streamers, and earn a reputation for being a generous rich guy on the internet.

Learn More: A Quick Overview of What Twitch Is

AC Royale was considered king of the donators, with a long history of sending tens of thousands of dollars to popular Twitch streamers. In one case he donated $60,000 to Ninja. In another, he sent $10,000 to JGhosty. With over $300,000 spent on donations, he was someone that community members knew well, and was reason for some of the most popular highlight videos in Twitch history. There was nobody quite like him.

So, it came as a big surprise when yesterday a GoFundMe page was published by his supposed fiance, Charlotte Foster. The post was asking for £10,000 (over $13,000) for AC Royale's hospital bills after he was hit by a car.

Given AC_Royale's popularity in the Twitch community it only took a few hours for the £10,000 sum to be raised, at which point the GoFundMe page was taken down. Others were skeptical of the situation, wondering how a guy who could afford hundreds of thousands of dollars in donations would need such petty money.

The story took a wild turn once Twitter user Ninja_Invictusx found evidence of the GoFundMe campaign being faked. He posted the following after his investigation:

and we received an image of him in the hospital that was from a dif person in 2015!! Something is not right, we need to report to gofundme

It only took a few moments before AC Royale chimed in with one of the most surprising reveals in Twitch history.

As it turns out, AC Royale used to have a lot of money... back when he had a job. However, that job hasn't existed since October 2015. Without an income he's continued in his ways, donating using his sizable savings account.

Also See: 23 Stories So Strange You Won't Believe They Are True

He became addicted to the thrill of donating to Twitch streamers, eventually whittling his savings account down to nil. At this point, he's in debt, and decided to use GoFundMe as an escape route.

I am writing this statement in order to explain myself and my actions since I’ve been a member of the Twitch community.

I joined Twitch in 2015, and over the course of the 2 years I donated over $300,000 to various streamers including ANGRYPUG and Ninja. Not long after I donated this money, in the October of 2015 I was fired from my job for violation of a company social media policy.

Ever since then, I haven’t worked and I haven’t been able to get another job. I still had money left over from my job, which allowed me to continue living. Last year, however, these funds completely dried up and I was relying on other people in my family to help support me.

Over the course of the 2 years, because of the donations I made on Twitch, I was well known for my generosity and having money. Although this was no longer true, I carried on this persona since. Twitch was the only thing I had in my life that was positive. I lost my job and eventually lost my home and had to move into rented accommodation. I was really down, and suffered with depression and anxiety which I have seen a doctor about but it wasn’t improving. If it wasn’t for Twitch, and the friends I made on Twitch, I probably would have taken my own life.

Things have become extremely desperate recently, and because of my personal situation I found myself needing money quick. I am about £10,000 in debt with no way of paying it. I don’t know what I was thinking creating a GoFundMe under false pretences, but I was struggling and my life was in complete tatters.

I felt I had to keep up appearances, which is why I took out debt in order to continue supporting streamers. I’ve always been about helping others, and I guess the love and appreciation I got from doing it made me feel good in my life when everything else has been horrible.

My parents and family live away, and they can’t afford to help me. I considered moving from London to live with them, but because my three sisters still live at home, they had no room.

The friends I’ve made on Twitch are some of the best people I’ve ever met, and I’m glad I was able to be a part of this community for as long as I was. You will all probably hate me because of the lies I’ve told and the deceit, but I had to put out this statement in order to try and explain myself.

It would be the best option for me to leave the Twitch community altogether, because I won’t be able to face anyone anymore. I just wanted you to know that I loved each and every one of you and you all helped save my life more than once because this community is the best.

I don’t know what I’ll do now, but I am truly, truly sorry for everything I have done.
In relation to the GoFundMe from yesterday, I have requested this be cancelled and all donations refunded.

I just want people to know – everything else about my life was completely true. I have a girlfriend who is at university, I live in London and I had a really good job at Jaguar Land Rover. I had just lied and didn’t tell the truth regarding my current situation.

Again, I’m truly, truly sorry for everything and it’s time for me to leave you all alone. 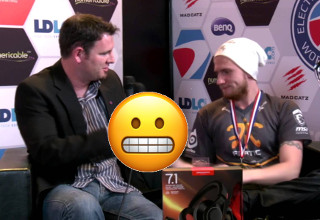