Amazon Studios have recently secured the rights to Warhammer 40,000 which Henry Cavill will apparently be starring in and executive producing across all Amazon Studio productions. This includes future movies, TV shows, animations, and even video game series.

After leaving his role as Superman in a cameo in the new Black Adam movie and parting ways as Geralt in Netflix's The Witcher series after 3 seasons, Cavill will jump into a new fandom that he says he's been enjoying since he was a child.

Henry Cavill is officially attached to star in and exec produce a live-action ‘WARHAMMER 40,000’ series.

Amazon is in final talks to acquire the series.

Cavill said, "I have loved Warhammer since I was a boy, making this moment truly special for me. The opportunity to shepherd this cinematic universe from its inception is quite the honor and the responsibility. I couldn’t be more grateful for all the hard work put in by Vertigo, Amazon Studios and Games Workshop to make this happen. One step closer to making a nigh on lifelong dream come true."

Okay, now we will have Warhammer Cinematic University with Henry Cavil and Amazon Studio pic.twitter.com/ZeoIVlz4N3

The Warhammer brand has expanded for the last 40 years from tabletop games, animations, novels, and video games. Cavill recently acquired the rights with the help of Vertigo Entertainment execs and brought the project to Amazon, which is now in the final steps of securing the IP.

Vertigo Entertainment and Games Workshop will still have their hands in any future Warhammer productions, but Amazon Studios will be producing them from now on, alongside Cavill. 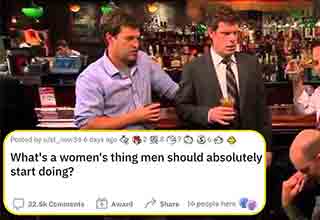 NEXT ARTICLE Things Women Do That Men Should Adopt