Dream has been uploading Minecraft videos on Youtube since 2019 and has since become a staple in the online gaming community. He’s been careful to keep his identity a secret, always appearing behind a mask, and just last year confirming his first name, Clay. However, this past weekend, Dream did something many people never thought he'd do, he revealed his face.

This reveal comes one week before TwitchCon, which takes place this weekend in San Diego, an event Dream will now attend as himself. And as a once anonymous creator, Dream's face reveal has stirred up some pretty strong feelings among his fans and the community.

Dream’s face is fine. Not ugly, not incredibly handsome. Maybe a bit creepy looking, but is there a pale male gamer out there who isn’t? Most would say he’s one of the most normal-looking people to ever live. But this is the internet, so of course, some people are losing their sh*t.

There seem to be two pretty intense camps forming: The “Dream is Insanely Hot” camp, and the “Dream is Ugly AF” camp. @RogertHatterry went plain and simple, “DREAM IS UGLY AS FUCKK”, along with the most average picture of the most average dude any of us have ever seen.

Dream is a really normal-looking guy and I fear what being inundated with photoshopped, filtered, and facetuned selfies of people has done to an entire generation and their perception of themselves and others

You should’ve kept the mask on @Dream pic.twitter.com/guvUVeUtsd

Some of the discussion can be explained by the fact that Dream is a pretty controversial dude, despite his ridiculously uncontroversial face. In 2021 after investigations and denials, Dream admitted to cheating in Minecraft speedrun competitions. On top of accusations from an ex-girlfriend, there’s also a hot debate about whether or not he’s a racist. If that’s true, he can join the ranks of famous racist YouTubers like PewDiePie, but probably not the ranks of handsome racist Youtubers like PewDiepie.

@JoeltheHater summed it up best with this tweet. A saltine. Dream is the visual equivalent of eating a Saltine. No one hates them, no one loves them, they're white as hell and equally as boring. But they’ll always be insanely popular, and no one is quite sure why. 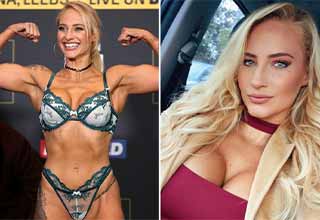