According to Harris County Texas police, some cheapskate met up with a seller, and instead of buying the PS5 - like a normal person - he pulled out a gun and attempted to rob the 19-year-old.

This is horrible, friends. A 19-year-old was meeting someone who expressed interest in buying a PlayStation 5 from him and ended up shot in northwest Harris County, deputies said. #abc13 #hounews https://t.co/cwYi5BV09j

The gunman shot the would-be seller in the side and escaped WITHOUT THE F***ING PS5.

What in the actual hell? If you're going to be a coward and try to rob someone, at least finish the job.

The 19-year-old victim was taken to the hospital and is in stable condition. While the shooter has yet to be found.

Now neither have a PS5, which has rapidly become one of the most sought-after gifts of the season. Prices have now soared anywhere from $500 to apparently losing your life. I'm okay with my lowly PS4, thanks. 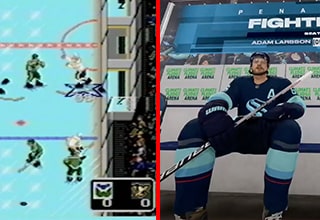