The year was 2013 and DOTA_Teabag was in the middle of a  Super Mario 64 70-star speedrun race against MidBoss, when he encountered a glitch that would baffle speedrunners for the next eight years.

The moment in question is what is called an 'up-warp" or a glitch that teleported DOTA_Teabag upwards in a way that should have been impossible. The speedrun was being recorded on Tick Tock Clock, a community page for Super Mario 64 speedrunners, the largest community of speedrunners in the world.

Shortly after the run ended, a clip of the run went viral among the niche community, eventually coming across the desk of pannenkoek12 who was so perplexed by the glitch that he offered a $1,000 bounty to anyone who could recreate it. And after eight or so years, no one could postulate as to why or how it happened.

How could it have happened? And if it couldn't be replicated, then what does that mean about the other speedruns? What does that say about the nature of reality? Well, on the surface not, much, but to those in the know, it says everything.

While the up-warp itself didn't give DOTA_Teabag a huge leg up in his run, it did leave the door open for the belief that there still might be unfound glitches in Super Mario 64. So for years, and we mean eight full years, people tried to replicate this event. And it's not too much to say, this instance really, really, left a mark on the community.

The only way people eventually recreated the glitch was to change the actual code of the game. And according to The Gamer,

"During the race, an ionizing particle from outer space collided with DOTA_Teabag's N64, flipping the eighth bit of Mario's first height byte. Specifically, it flipped the byte from 11000101 to 11000100, from "C5" to "C4". This resulted in a height change from C5837800 to C4837800, which by complete chance, happened to be the exact amount needed to warp Mario up to the higher floor at that exact moment."

The claim here is that an ionized particle from deep out in space collided with DOTA_Teabag's device and causing the up-warp. And the only reason we know this is it was captured as it happened. It really puts a new perspective on what we believe is possible and might answer whether you just suck at games, or if your house is just in the path of highly ionized particles. 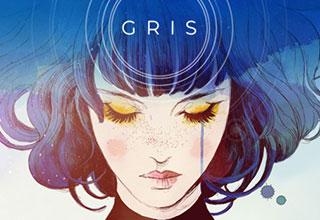 NEXT ARTICLE 10 Nintendo Switch Games to Beat in One Weekend