Knuckles was introduced to the world in Sonic the Hedgehog 3 which was released on the Sega Genisis in 1994 where the character guarded the Chaos Emeralds and acted as a foil for Sonic and Tails.

If you've been following the news and keeping up with the leaks, then you know what to expect from Sonic the Hedgehog 2, however many fans were actually shocked by the news of Elba's casting (a fact not yet released in leaks). And while we don't know yet if Knuckles will be British, American, or some Hollywood hybrid, we do know Sonic the Hedgehog 2 is gaining substantial hype online.

While there are plenty of fan-made trailers online doing their best to trick you, there hasn't been an official trailer released yet. All we have are some production stills, a title announcement, and now, Idris Elba. 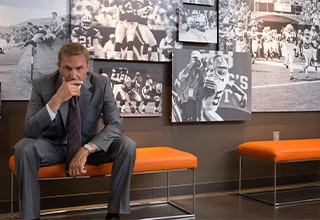