For such a big franchise, it's surprising Counter-Strike hasn't had any spin-offs.  It's three main games have sold over 50 million units during the past two decades, all without changing the formula much.

Come to think of it, what would Counter-Strike look like if it went to another genre?

Related: This Might Be The Worst Tournament Commentator Ever

He calls it CS: GO Fighter Alpha, and it's built to resemble the latest Street Fighter games, from the text down to the UI. It was made over the course of two months, and includes a stage select along with loading screens and a battle between a Counter-Terrorist and Terrorist on de_dust2. 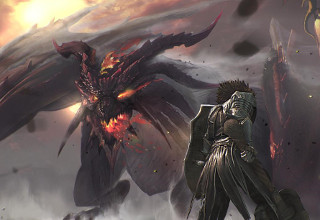 NEXT ARTICLE PUBG Developer Reveals Expensive MMO, Gamers Roast It For Being Generic With Bad FPS