A state representative from Illinois is trying to ban the sale of violent video games from his state entirely. Marcus C. Evans Jr, the representative of Illinois’ 33rd district, has proposed an amendment to a 2012 law that would ban the sale of all violent video games in the state. The amendments to the bill, titled House Bill 3531, are coming off the heels of increased violent crime and carjackings in Chicago.

The pair allegedly confronted a motorist pumping gas Jan. 7 in the 1100-block of East 47th Street, according to Chicago police. https://t.co/CoUogmPab9

The lawmakers define violent video games in explicit terms, saying these games “allow a user or player to control a character within the video game that is encouraged to perpetuate human-on-human violence in which the player kills or otherwise causes serious physical or psychological harm to another human or an animal.” The bill’s authors also have added in specific terms to add carjacking as “serious physical harm”. A $1,000 fine has been suggested as punishment for selling violent video games if this bill were to pass.

Luckily, in 2011, the Supreme Court ruled that video games are protected under freedom of speech, making it difficult for any legislation regarding the restriction of violent video games to be made into law.

Americans when they realize that the rest of the world also plays video games and don’t have as many criminal problems pic.twitter.com/q4RfgaB8cr

Video games have long served politicians as a scapegoat for blame when crime increases. More recently, in March of 2018 after the deadliest school shooting in years, former President Donald Trump blamed violent video games for the shooting.

This was an attempt to obstruct the calls for gun reform in America, and to defer the blame onto anything but one of the actual factors for the issue: the ease at which minors can obtain real weapons.

Censoring violent entertainment, specifically, video games is not going to stop violence in the real world, and it certainly won't stop car-jacking in Chicago.

So with no basis in reason, nor proof that it could actually be passed into law, Marcus C. Evans Jr may have a difficult time convincing anybody that this is a bill worth passing. 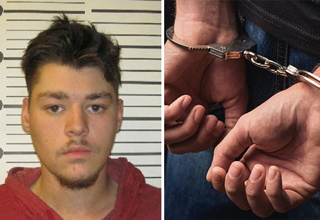